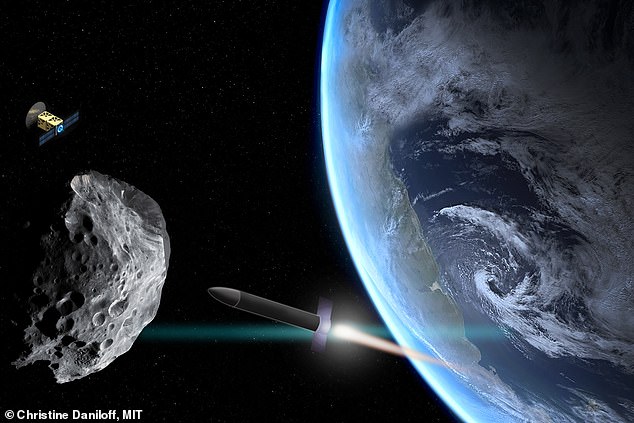 A team of scientists at MIT have developed a computer program that will help humans decide how to best deal with the end of the world, so long as that comes in form of a catastrophic asteroid collision.

Experts say there as many as two or three new asteroids, sometimes called ‘Near Earth Objects,’ discovered every night.

It’s inevitable that one of these asteroids will eventually end drifting into a collision course with Earth.

‘People have mostly considered strategies of last-minute deflection, when the asteroid has already passed through a keyhole and is heading toward a collision with Earth,” Sung Wook Paek, of MIT’s Department of Aeronautics and Astronautics, told MIT News.

Paek’s team designed the program to evaluate the mass, momentum, trajectory, and time before projected impact to aid humans with the high-stakes decision making involved in averting global catastrophe.

The crux of the decision comes down to something called a gravitational keyhole, a point in space where an asteroid’s orbital path would have it pass into Earth’s gravitational field and gradually circle its way down to the planet surface.

If asteroids can be detected before reaching this point, they can be redirected with minor changes in course—sometimes as little as a few centimeters per second.

Yet, with the stakes so high and the windows for success so narrow, there’s little room for human error or hesitation.