A week after Potawatomi Christian author and speaker Kaitlin Curtice spoke in chapel at Baylor University, people are still talking about it.

Although perhaps not for reasons the school or speaker would hope.

Curtice’s remarks during the school’s three chapel services about her journey of “decolonizing” her faith drew pushback from a student group at the private Christian university in Texas, and her message was reportedly interrupted by a shouting student.

The incident has drawn public apologies from at least one faculty member and an alum and brought back memories of a chapel service last year in which Kathy Khang, another progressive Christian author and speaker who is Korean-American, was heckled.

“I challenged some of them on a deep enough level that it rattled the walls of patriarchal white supremacy that they hide behind, and, well, I’ve done my job,” tweeted Curtice, who has declined interviews about the incident.

In the video of one Feb. 12 service posted on Baylor’s website, Curtice was introduced by Ryan Richardson, associate chaplain and director of worship and chapel at the school.

Richardson referenced an Air Force chaplain who had spoken in chapel the week before and said some people had disagreed with the chaplain’s comments. Similarly, some people might feel triggered by Curtice’s comments, he said, and he invited those people to come to the chapel table in the lobby and discuss what made them uncomfortable.

“This is a place that we’re going to bring diverse ideas and understandings of what it means to be a Christian in the world,” he said.

In her message, Curtice described her upbringing in a Southern Baptist home, the daughter of a mother of European descent and a father who was Potawatomi. 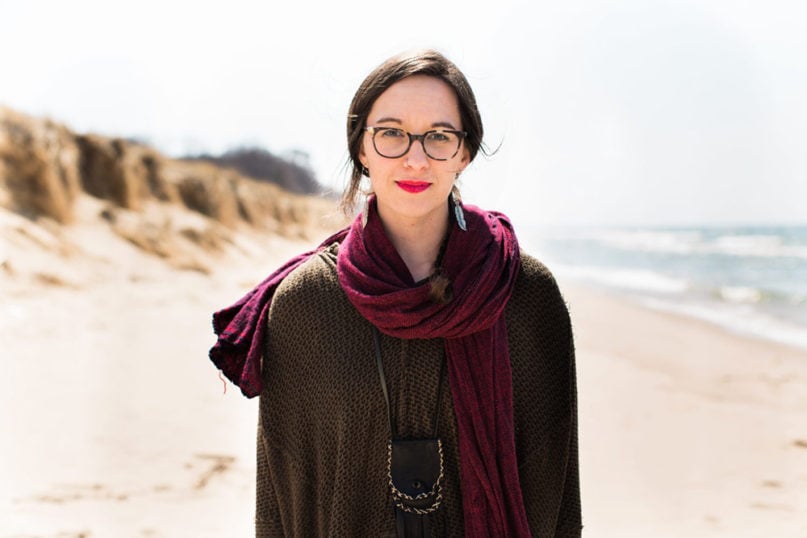 After her family moved from Oklahoma and New Mexico to Missouri and her father left, she said, she lost her connection to her Potawatomi identity. Her journey as a Christian and as a member of the Citizen Potawatomi Nation has been one of “disconnect and reconnect” she said.

Part of that, she said, has been recognizing how colonization and the forced removal of Indigenous people from their homelands have left many disconnected from their identity, culture and spirituality. The Potawatomi were forced from Indiana to Kansas in 1838 on the Trail of Death.

“For me, as a mixed European and Potawatomi woman whose inner and outer voice has been silenced, especially by the church, I am reclaiming who I am, wrestling with all parts of my identity, my white privilege, my Native feminism, my spirituality,” Curtice said during the service.

“I’m questioning the systems that I participate in. I’m challenging myself to understand all the aspects of myself and the world around me.”

She encouraged students to “envision a decolonized spirituality” with her, calling out “white supremacy,” “toxic patriarchy,” “settler colonialism” and “capitalist greed.”

When the speaker said women are told they aren’t valued as much as men in society, a male student reportedly shouted, “Nobody says that!”

Curtice later tweeted she actually was interrupted twice by the same student — both times while talking about women.

The outburst was not part of the service that Baylor recorded and posted on its website.