Justice Clarence Thomas, the member of the Supreme Court known for his reticence, speaks for much of a new two-hour documentary about his life.

Part of the story he tells in “Created Equal: Clarence Thomas in His Own Words” centers on his longtime Catholic faith — nurtured by his grandfather who raised him in his Georgia home, nuns who taught him in school and people who prayed with him during his confirmation process to serve on the nation’s highest court. 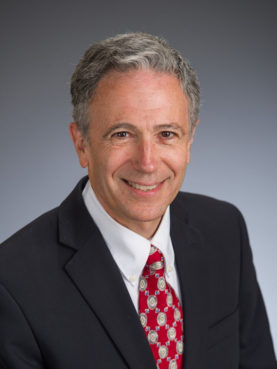 Producer/director Michael Pack interviewed Thomas and his wife, Virginia “Ginni” Thomas, for 30 hours for the film that is set to be released Friday (Jan. 31) in theaters in 20 cities, including Washington, New York, Atlanta, Chicago and Los Angeles. Pack recently served as president of Claremont Institute, a conservative think tank, but has produced documentaries for PBS about George Washington, Alexander Hamilton and “God and the Inner City.”

He talked to Religion News Service about what he learned about Thomas’ religious life as he filmed his latest documentary. The interview has been edited for length and clarity.

What struck you most about Clarence Thomas’ faith?

I’m struck by the depth of Clarence Thomas’ faith. It was strong when he first had it, but when you have a faith, lose your faith and come back to your faith, in some ways it’s stronger then. I’m also impressed at how Justice Thomas relies on his faith to get him through the difficult and dark moments of his life, especially his contentious confirmation hearing.

Could you talk about the role of his grandfather and how the Bible shaped his philosophy and the lessons he passed on to Thomas?

Thomas’ grandfather was functionally illiterate. So what he would do with the Bible is he would try to get a few words by heart and rely on those. The values he gave to Clarence Thomas, he felt were rooted in the Bible: working from sun to sun, never quitting, being true to yourself.

In addition to his grandfather, Thomas cites the influence of nuns at a segregated Catholic school he attended.

As he says in the documentary, he felt that they loved him and he worked hard to live up to that. And even though it was segregated Savannah, he felt they were on his side. They believed in these young boys and girls. And he adopted the faith they instilled in him. He continued to visit those nuns until several of them passed away.

He has spoken in the past about wanting to be a priest at a young age, and he attended seminary before he went to college. What drew him to seminary life?

He ended up leaving that second seminary. Why?

It was racist incidents. We tell a story in which he was in one class where some kid passed him a folded note and on the front of the folded note it said “I like Martin Luther King Jr.” You open it up and it said “dead.”

This sort of mockery of somebody he thought was important and of the civil rights movement was upsetting to Justice Thomas. But it confirmed his feeling that the Catholic Church wasn’t doing enough for civil rights. And don’t forget this is the late ’60s and he’s swept up in the mood of the times as well. It’s the time of black power, of rebellion, of urban riot and, I’d say, that as a young man, Justice Thomas got caught up in those ideas too.

How does that fit with his attendance at College of the Holy Cross?

I think that he felt he had no alternative but to go to Holy Cross. His grandfather had kicked him out of his home. He had no job. He happened to have applied to Holy Cross and had a full scholarship. So he went. But he, as soon as he got there, he hung around with Marxist students, black radicals that didn’t take religion all that seriously — even if they were at Holy Cross — so he went through a period of time where he wasn’t going to church and he wasn’t thinking about religion.