Mirna Barq, George Stifo, and Bahnan Yamin on Christians Face Threats Throughout Syria at the Hands of Its President, Bashar al-Assad 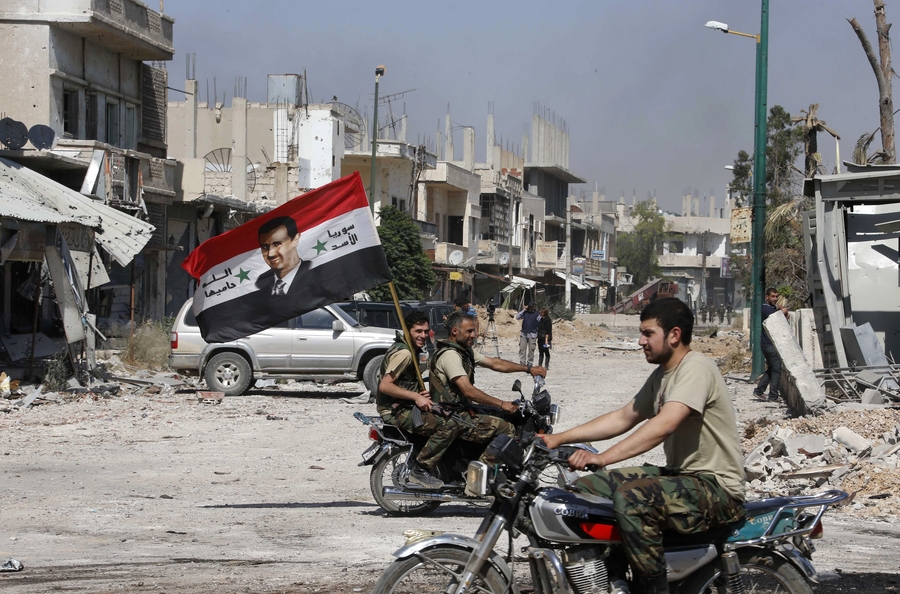 The views expressed in this commentary do not necessarily reflect those of BCNN1.

As Syrian Christians who grew up in Syria, we are concerned at the ongoing instability in the north. Situated between the Tigris and Euphrates rivers, this area is home to a rich diversity of Syrians: Kurds, Arabs, Assyrians, Muslims, Christians, Yazidis and others. It’s unconscionable that, after surviving genocidal rampages by ISIS, Christians and other civilians yet again are caught in the crosshairs.

But our Christian brothers and sisters in Syria face much worse, more long-term threats than this latest chaos. Targeted violence against Syrians of all faiths, including Christians, is a daily occurrence in the other two-thirds of the country controlled by a man whose unique sadistic tendencies have shocked the world: Syrian President Bashar al-Assad. A member of a minority community himself, Assad has used his status to garner sympathy and set himself up as the “protector of Christians.” We know better.

In September, the Syrian Network for Human Rights, relied upon for civilian death tolls by the UN since it stopped counting in 2014, released a report counting the number of Christian houses of worship targeted by all parties to the conflict — regime, opposition, ISIS, al-Qaeda and others. The results were damning: of the 124 churches targeted for shelling, bombing or military use since 2011, nearly two-thirds were at the hands of Assad’s forces, backed up by Russian air power and Iranian militias.

For Assad’s purposes, minority identity is a useful tool, until it’s not.

To wit, the ranks of peaceful protesters who took to the streets in 2011 demanding freedom, dignity and an end to corruption and injustice reflected the diversity of Syria. And all were equally targeted by the regime for demanding freedom — facing detention, torture, rape and death — including Christians.

Khalil Maatouk, a Christian human rights lawyer, represented many activists in Syrian courts. He was “disappeared” into a regime prison in October 2012. Saeed Malki, president of the Syriac Cultural Association, was taken into custody in 2013. Their statuses remain unknown. Bassam Ghaith, who led the Syrian Democratic People’s Party, was abducted in 2014 and months later the regime told his family he had died of cardiac arrest — the regime’s blanket explanation for those whose hearts stop under torture.

Christians likewise are among victims documented in the “Caesar” photos taken by a regime defector. His 55,000 images present bodies of protesters grotesquely mutilated and tortured almost beyond recognition, if not for the carefully cataloguing practices of Assad’s machinery of death that include identifying numbers for each victim. The photos are the strongest evidence of war crimes since the Nuremberg trials of the Nazis, according to the former U.S. Ambassador for War Crimes Stephen Rapp. Christians are among those whose eyes were gouged out, bodies electrocuted, stomachs starved and throats slit. Assad’s leash of “protection” runs as long as his desire for control, and no further.