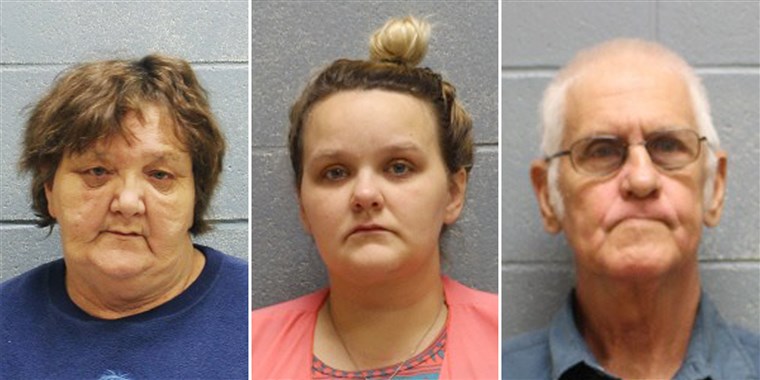 Sheriff’s investigators looking into a report of possible child abuse went to the home Monday with child welfare workers and made contact with four children, ages 11, 10, 4 and 3.

Investigators said an 8-month-old child also lives at the home but was not there when deputies arrived. All five children have been placed in state Department of Human Resources custody.

The suspects have been charged with two counts of aggravated abuse of a child less than 6 years of age and two counts of reckless endangerment. Additionally, Pamela Bond is charged with one count of tampering with physical evidence.

Bail for James Bond and Mann was set at $122,000. Bail for Pamela Bond was $123,000. Online records were unavailable Wednesday afternoon and it was unclear if they had an attorney who could comment on their behalf.