Ask most Britons which beliefs need protection from discrimination under the country’s 10-year-old Equality Act and they will likely suggest Islam, or even state-sanctioned but beleaguered Christianity. But now a judge acting in an employment discrimination case has said that ethical veganism is a valid, coherent belief and should therefore be protected by law.

The ruling comes in a case brought by Jordi Casamitjana, a zoologist who worked for the anti-hunting group League Against Cruel Sports, who was fired after he warned colleagues that the nonprofit’s pension fund was investing in companies involved in animal testing. Casamitjana said his warning was spurred by his ethical veganism.

Ethical vegans eat a plants-only diet and avoid contact with any products that contain animal parts, including leather shoes, or that involve animal testing, even if that means avoiding lifesaving drugs. 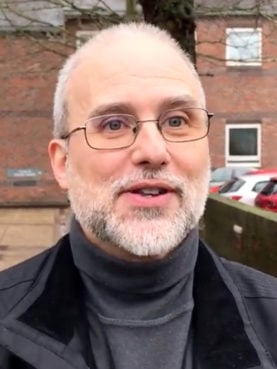 Casamitjana reportedly refuses to sit on leather chairs and avoids taking buses in case they run over insects.

In his ruling, Judge Robin Postle said that ethical veganism satisfied the tests to qualify as a philosophical belief under the Equality Act 2010. For a belief to be protected, it must be worthy of respect in a democratic society, compatible with human dignity and not conflict with the fundamental rights of others.

Postle’s ruling only resolved the question about ethical veganism. The lawfulness of Casamitjana’s treatment by the League Against Cruel Sports will be settled in another proceeding.

Speaking outside court, Casamitjana said: “It was very important to win this ruling today because it’s not just my case, which is obviously important to me personally, but … this case will influence the life of many vegans out there.

“It will help the promotion of veganism as a lifestyle because vegans who might be afraid about talking about their belief, that might be feeling that they are not welcome, they will feel empowered now.

“They will believe that their belief is now a protected belief. … That will give them power and that means they will be more expressive.”