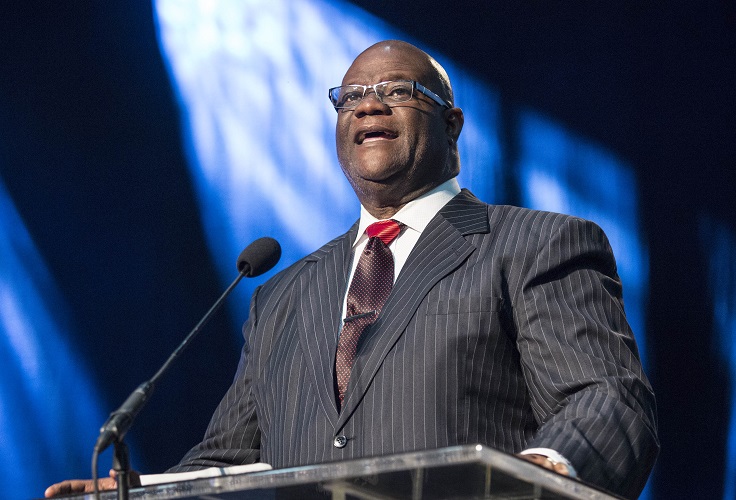 William Dwight McKissic, Sr. is the founder and senior pastor of Cornerstone Baptist Church in Arlington, Texas. In addition to mentoring church planters, he is the author of several books including Beyond Roots: In Search of Blacks In The Bible, Beyond Roots II: If Anybody Asks You Who I Am, and Moving From Fear to Faith. McKissic has served as a guest lecturer for schools such as Southwestern Baptist Theological Seminary, where he serves as a trustee, Criswell College, University of Minnesota, Emory University, Southern Illinois University, Wheaton College, and Harvard University.

Al Mohler is a tried and trusted leader among Southern Baptists. His election as President of the SBC in June 2020 is probably inevitable.

The timing of his announcement, I find unusual and unprecedented. I believe there is an agenda—a specific agenda—associated with his nomination. I just don’t know what all it might include.

I do not plan to attend the Orlando SBC as my way of protesting the five entity head vacancies over the past two years, choosing to not elect, or in some cases, even interview minority candidates. This decision was made before Mohler’s nomination.

If I had concerns about Mohler, they would be: I am afraid he might be representing a certain SBC constituency who wants to move the clock back in certain ways. Mohler loves to inter-mix his personal opinion—not backed by the BFM2K—that a female, such as Beth Moore, should not be allowed to preach to a coed audience. There were more women platformed at the ’19 SBC Birmingham meeting than any other convention in SBC history. I hope that we will see this continue in a Mohler-led Convention.

Mohler supported the IMB policies that restricted SBC missionaries from praying in private according to the dictates of their own conscience and biblical convictions. I would hope that he does not try and turn the clock back on the decision for freedom exercised in private prayer among IMB missionaries.

I celebrate the fact that Mohler refused to publicly support Donald Trump due to character issues. His consistency here trumps many of his evangelical counterparts. Much respect to him for his position. I also appreciate the fact that Mohler would not sign John MacArthur’s anti-social justice statement. He showed a backbone in doing so that I greatly admire.

I do not share Mohler’s beliefs regarding Calvinist soteriology. I believe that Christ died for all, and all can be saved and come to the knowledge of the truth. I do not embrace the idea that only the elect can be saved. God elected those, who based on His foreknowledge, would elect Him. I find Mohler’s view of soteriology lacking biblical support and particularly, historically anathema, to the Black church. Calvinism is the theology that drove slavery in America, and provided a false theological justification for its existence. The African American Baptist Church is largely anti-Calvinistic. I would hope that Calvinism does not exponentially increase as a result of Mohler’s election in SBC life.

I appreciatively applaud Mohler leading SBTS to acknowledge their complicity with slavery and the corresponding benefit to the institution. That is a huge counter-culture move in SBC life. Much respect I give to Mohler for this.

Unless a better candidate emerges—such as Beth Moore or some other well qualified woman—or male pastor that share my convictions—I would be comfortable with Al Mohler as President, because he is tried, trusted and tested as leader, with regard to character and competence.

Some are afraid that the SBC is beginning to run off the rails. Al Mohler’s agenda, I believe, is to keep that from happening. In doing so, I question whether or not, he might be more tradition-driven, than biblical and Spirit-driven. I am watching his nomination with prayerful and careful eyes. I pray that he will not turn the clock back.