Turkey’s Erdogan Rejects U.S. Calls for Immediate Ceasefire in Syria Ahead of Meeting With Pence 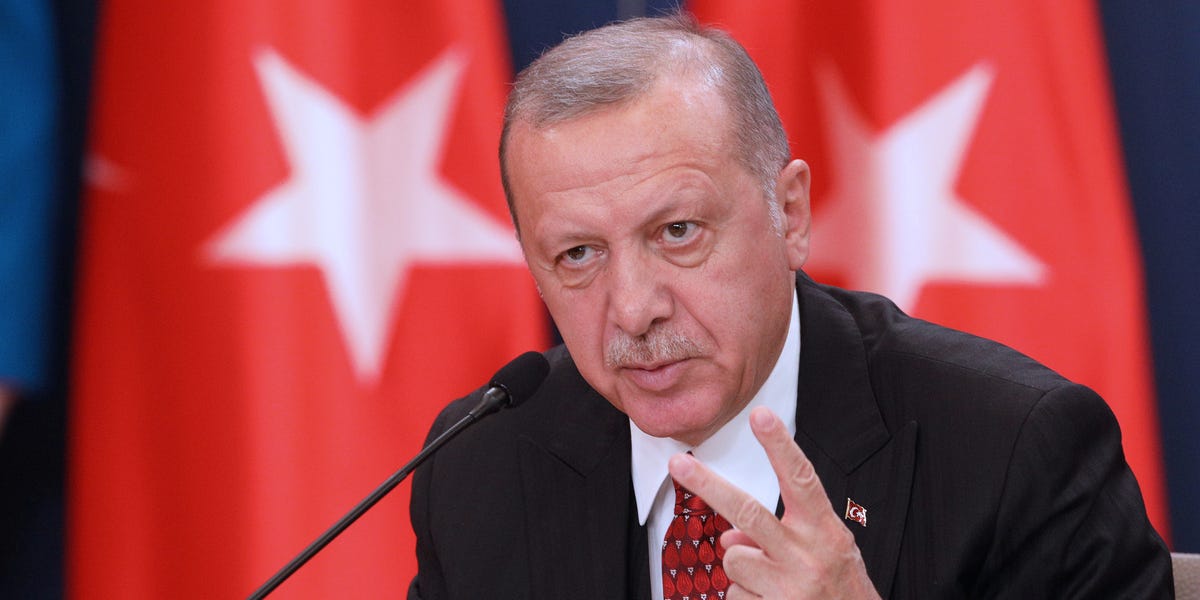 Turkish President Recep Tayyip Erdogan has rejected U.S. calls for a cease-fire in the escalating Syria conflict ahead of a meeting with Vice President Mike Pence, who is due to travel to Turkey on Wednesday.

The vice president’s office announced Tuesday that Pence would lead a U.S. delegation including Secretary of State Mike Pompeo, national security adviser Robert O’Brien and the special representative for Syria, James Jeffrey, to Ankara. The aim of the trip was to persuade Erdogan to stop his offensive into the region.

On Tuesday, Erdogan vowed that he would not declare a cease-fire in northeast Syria.

“They are pressuring us to stop the operation. They are announcing sanctions. Our goal is clear. We are not worried about any sanctions,” he added.

Earlier, when asked by Sky News about meeting an American delegation, Erdogan said through a translator: “I’m not going to talk to them. They will be talking to their counterparts. When Trump comes here, I’ll be talking.”

Erdogan’s communications director, Fahrettin Altun, said afterward that while Erdogan would not be meeting with a U.S. delegation in Ankara on Wednesday, he would meet Pence and Pompeo on Thursday.

It is unclear whether in his original comments, Erdogan meant he would refuse to meet with Pence.

Pence aims to convince the Turkish leader to agree an immediate cease-fire. He will also reiterate President Donald Trump’s commitment to maintain economic sanctions on Turkey until a resolution is reached, the vice president’s office said in a statement.

Erdogan told reporters in Parliament on Wednesday that he will evaluate whether to visit the U.S. next month after the meetings with the American delegation in Ankara this week, according to a translation by Reuters.