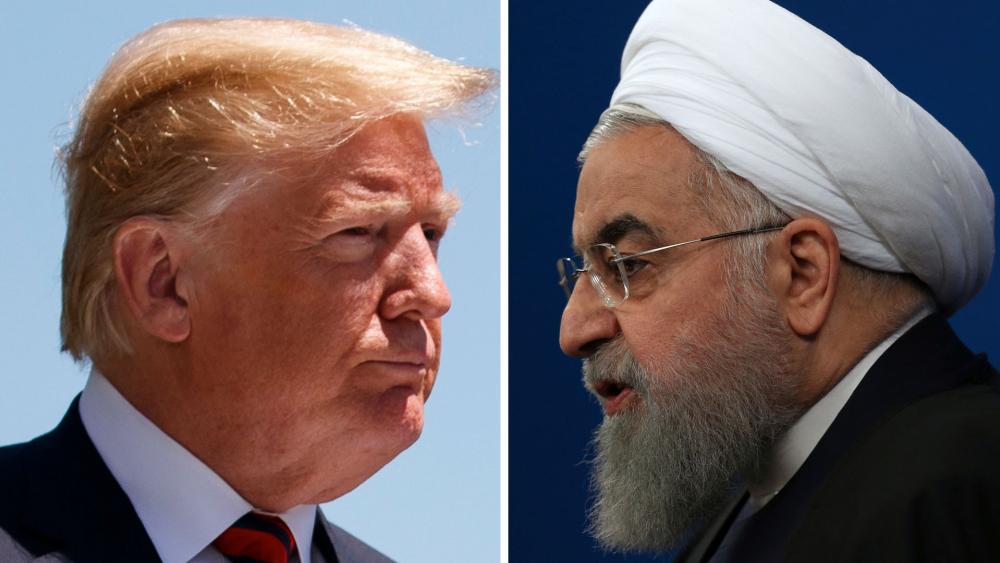 Iranian President Hassan Rouhani ordered the United States on Tuesday to lift all sanctions before he agrees to meet with US officials. His comments came one day after President Donald Trump said he is open to meeting with Rouhani in the coming weeks to avoid a showdown between the two countries.

Rouhani said Tehran was ready to hold talks with the US, but the first step “is to retreat from sanctions.”

“You must retreat from all illegal, unjust and wrong sanctions against the nation of Iran,” Rouhani said in a speech aired on state television.

“Without the US’s withdrawal from sanctions, we will not witness any positive development,” Rouhani added.

The US pulled out of the 2015 nuclear accord last May, and imposed heavy economic sanctions on the regime due to its support for terrorism and determination to develop its ballistic missile program and nuclear program.

Trump told world leaders during the G7 Summit in Biarrtiz, France on Monday that he is open to meeting Rouhani soon “if the circumstances were correct.”