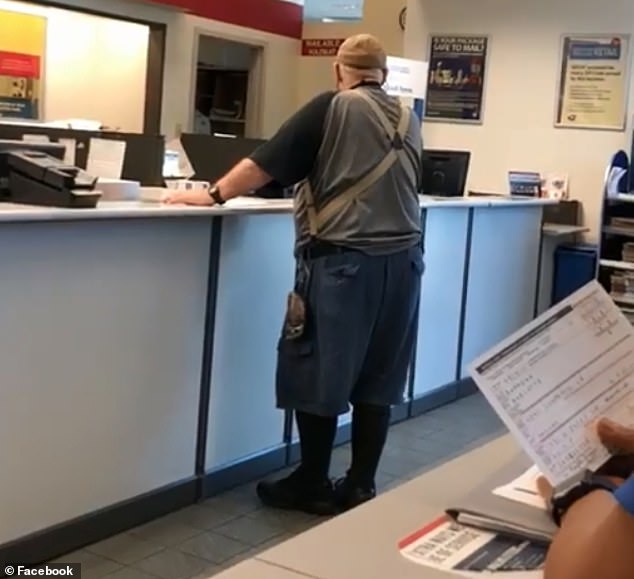 An elderly white man in Texas has been caught on camera hurling racial slurs at a black U.S. Postal Service employee all because he wasn’t given a form.

The video was filmed by a shocked customer who was standing in line behind the man at the USPS in North Dallas on Monday.

The man could be heard screaming ‘give me the form’ repeatedly before he launched into his shocking profanity-laced rant at the employee.

A number of customers waiting in line could be heard gasping at the man’s racial slurs.

The employee could be heard speaking to police while the man was mid-rant and urging them to come to the store.

The elderly man stormed out of the post office before police could respond.

Customers managed to get the man’s license plate details, which were given to police and the postal inspector’s office.

It is not yet clear if authorities have identified or spoken to the man.

The person who filmed the video, 18-year-old Kian Salem, told Fox4 that he took out his phone as soon as he heard the man raise his voice.