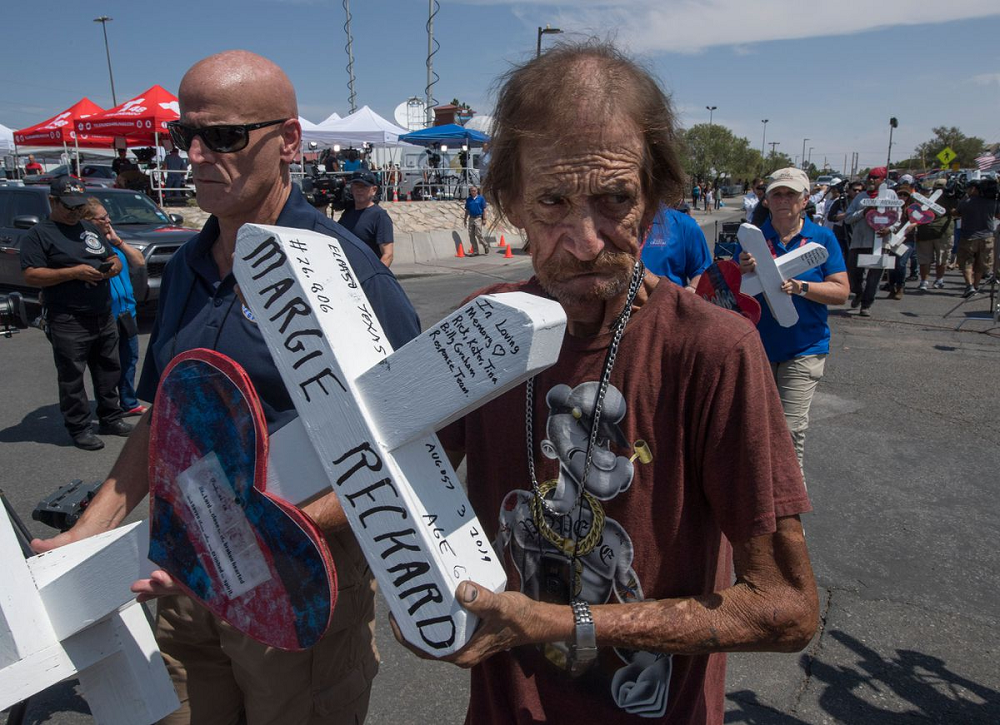 Antonio Basco, the grief-stricken man who lost his wife of 22 years in the Aug. 3 El Paso massacre, buried her Saturday amid an outpouring of support from the public, only to have his SUV stolen and wrecked later that evening.

Thieves also stole a pressure washer that Basco used to make his living in a mobile car wash.

“I appreciate it. God bless you all. Thank you,” Basco told employees who stood in a circle to shake his hand and hug him.

Frail, heartbroken, and yet resilient, in many ways Basco embodies the spirit of El Paso in the aftermath of the tragedy.

“Despite what happened, the strong solidarity from the community goes on,” said Jason Quinn, a car salesman at Casa Ford and Nissan. “It’s a great honor and we’re very humbled  by the fact that we’re able to help Mr. Basco. Our creed is to serve.”

A friend of Quinn’s told him about Basco’s situation Sunday. He and Basco had dinner Sunday evening at Basco’s favorite restaurant, Whataburger, where he shared his story while eating a double-cheeseburger with extra bacon.