Emma Frances Bloomfield is an assistant professor of communication studies at the University of Nevada, Las Vegas. This article is republished from The Conversation under a Creative Commons license. The views expressed in this commentary do not necessarily reflect those of BCNN1.

In their second round of debates, Democratic presidential candidates called for aggressive measures to slow climate change. As Washington Gov. Jay Inslee has said, “We are the first generation to feel the sting of climate change, and we are the last generation that can do something about it.”

Politicians realize that many voters care about this issue. A 2018 survey conducted by Yale and George Mason Universities categorizes 69% of Americans as at least “somewhat worried” about climate change, the highest level these programs had recorded since 2008.

But climate is still an uncomfortable subject for many people. I study environmental communication and the obstacles people encounter when discussing climate change. My new book, “Communication Strategies for Engaging Climate Skeptics: Religion and the Environment,” considers Christians and the variety of ways they incorporate the environment into their faith.

Studying Christianity provides important insights into how to talk productively about climate change with a variety of audiences. I interviewed Christians from many different denominations and found that they don’t all think alike when it comes to the environment. Some reject environmentalism, some embrace it, and others modify it to fit their beliefs.

Christianity and the environment

In 1967, historian Lynn White Jr. argued that Christian beliefs promoted the domination and exploitation of nature, and were incompatible with environmentalism. Almost half a century later, polls showed that fewer than 50% of all U.S. Protestants and Catholics believe the Earth is warming as a result of human actions.

There are notable exceptions, such as Pope Francis, who called for action to slow climate change in his 2015 encyclical, “Laudato Si’.” Another prominent advocate for action is U.S. climate scientist and evangelical Christian Dr. Katharine Hayhoe. A growing number of Christians are joining the Creation Care movement, which combines Christianity and the environment. But as recently as early 2018, they were outnumbered by Christian climate skeptics. 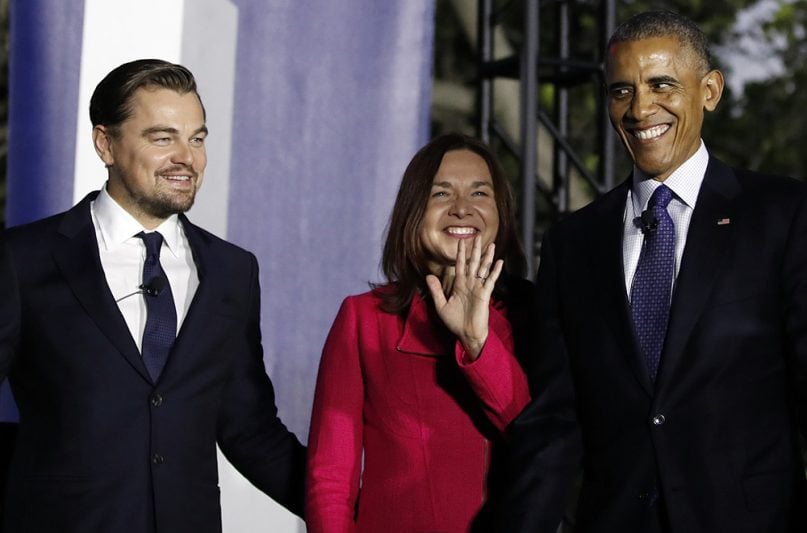 Christians hold a diverse range of attitudes about the environment. I divide them into three categories – separators, bargainers, and harmonizers – based on my study of religious organizations (The Cornwall Alliance, The Acton Institute, and The Evangelical Environmental Network), and interviews I conducted. I chose these three groups because they exhibit primary characteristics of the three categories.

Separators believe that faith and the environment are at odds. They tend to think environmentalism threatens their faith. One separator who I interviewed argued that climate scientists use “good causes to further evil agendas.” This person thought environmentalism was an evil force.

Bargainers adopt some aspects of environmentalism, but reject or modify others. One bargainer I interviewed said, “The climate is changing. It’s been changing for millions of years and will continue to do so.” This person changed the definition of climate change to fit the belief that climate change is natural and nothing needs to be done to address it.

Harmonizers see environmentalism as an important part of being a good Christian. Although they are not climate skeptics, they may or may not actively engage in the environmental movement. One harmonizer I interviewed said that environmentalism “begins on an individual basis.” Another argued that you only “have control over your individual actions.”

Harmonizers sometimes limit their environmentalism to personal behaviors. Most of the harmonizers I interviewed did not call for political or public action to solve climate change.