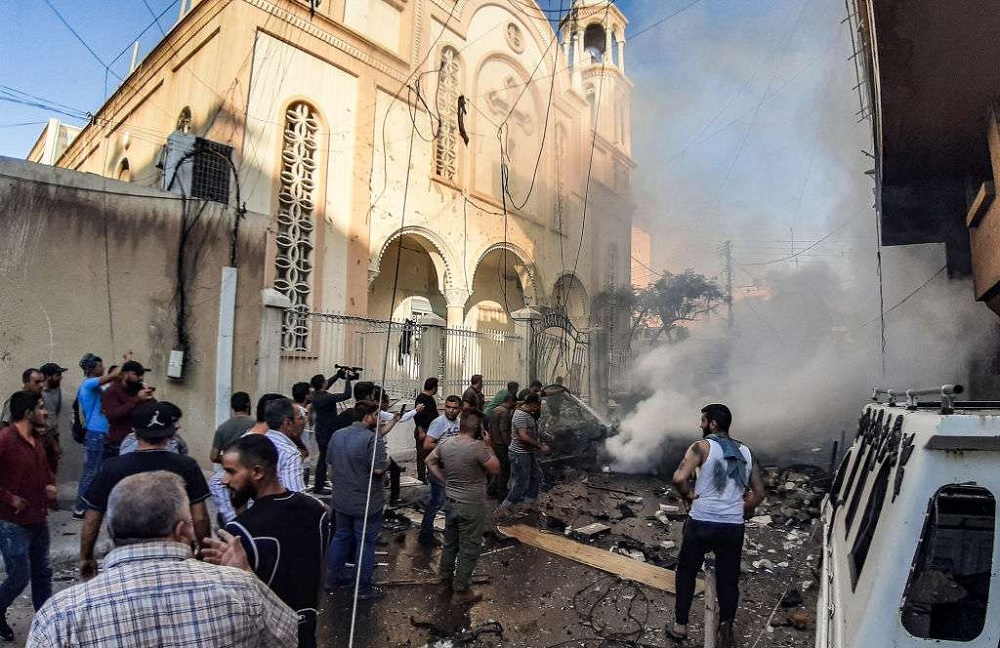 At least 11 people were injured in a car bombing outside a Syriac Christian church in a Kurdish-majority city in northeast Syria on Thursday while at least 13 others were killed in another car bombing in Afrin.

AFP reports that IS (also known as ISIS, ISIL or Daesh) has claimed responsibility for Thursday’s car bombing outside of the Virgin Mary Syriac Orthodox Church in Qamishli, a city located along Syria’s northeastern border with Turkey.

According to Syrian state media, 11 people were wounded in the bombing and cars were damaged.

Communications intercepted by the SITE Intelligence Group showed that jihadis were targeting a gathering of “belligerent Christians.”

According to AFP, the front gate of the church was dented but the church building itself did not sustain structural damage.

“A car bomb detonated at the Virgin Mary Syriac Orthodox church in my city Qamishli, in Syria today wounding almost a dozen people including an 8 year old,” one Assyrian Syriac Orthodox Christian wrote on Twitter. “I hope for a day where I never hear of news like this again. Pray for my people please.”

AFP posted a video of the aftermath of the bombing that shows dozens of people standing around while smoke billows out of the destroyed vehicle out front of the church’s entrance.

While Syria has been torn by civil conflict since 2011 and has dealt with the presence of religious extremism, millions of Syrians have fled the nation as refugees in search of better lives elsewhere.

But according to International Christian Concern, Christians in Qamishli have maintained a stronger presence in the city than in most other locations throughout Syria.