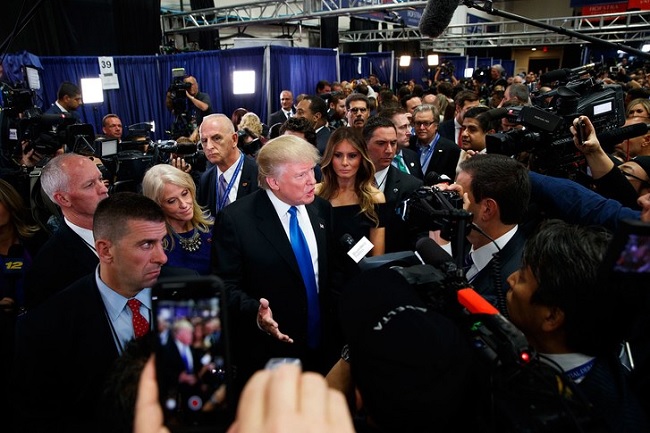 It is fascinating to watch and yet very disturbing. A boldfaced lie is manufactured on the internet, and within days, it has the air of truth behind it. Multiple sites now carry the same story, and commenters cite it as if it’s the gospel truth.

To call this dangerous would be an understatement. People’s reputations, if not their very lives, are on the line.

Of course, even without the internet, the media have the power to destroy and discredit by repeating the same misinformation on TV, radio and in print.

Think, for example, of the still-believed myth that President Trump stated that some violent, white supremacists (including neo-Nazis and the like) were “fine people.”

As Steve Cortes pointed out on Real Clear Politics, “News anchors and pundits have repeated lies about Donald Trump and race so often that some of these narratives seem true, even to Americans who embrace the fruits of the president’s policies. The most pernicious and pervasive of these lies is the ‘Charlottesville Hoax,’ the fake-news fabrication that he described the neo-Nazis who rallied in Charlottesville, Virginia, in August 2017 as ‘fine people.'”

Then, responding to another question, he said, “I’m not talking about the neo-Nazis and white nationalists because they should be condemned totally.”

What could be clearer? Yet watching Chris Cuomo report on Trump’s remarks back in April, aided by selectively-edited video, you would have no idea as to what the president really said.

That is simply the power of TV and news media.

But the problem is exacerbated through the phenomenon of internet, where a lie can spread and develop and take on a life of its own virtually overnight. A manufactured (or, simply inaccurate) quotation can become sacrosanct. A fabricated report can become fact.

The snowball effect is frightening to watch, with web citations literally growing by the minute.

“It’s everywhere online. It must be true!”