A slightly smaller percentage of the general population of U.S. adults surveyed (46%) agrees that, almost 400 years after slaves were brought to Jamestown, Va., there remains a “significant impact on the African American community.”

A bit more than a quarter of both practicing Christians and the general population (28%) say our society has moved past the history of slavery. 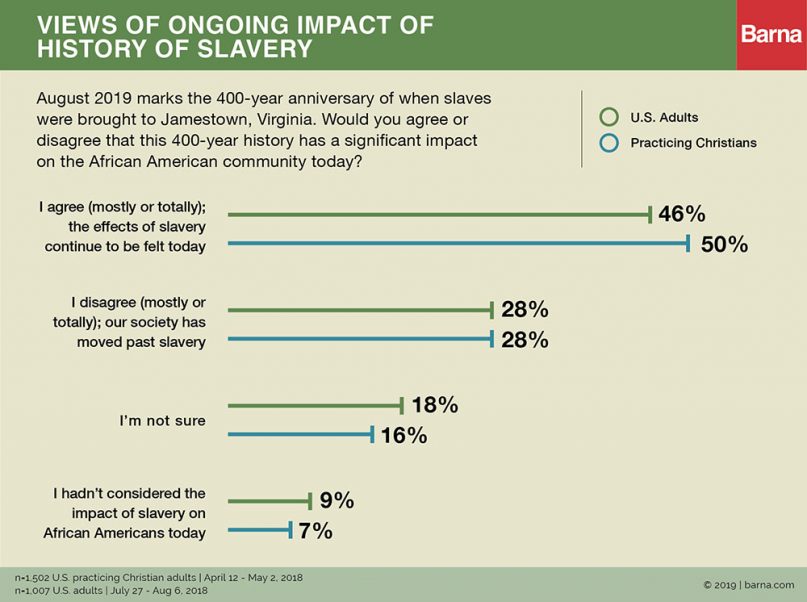 “Views of Ongoing Impact of History of Slavery.” Graphic courtesy of Barna

Barna, a nonpartisan for-profit research firm, defined practicing Christians as people who identified themselves as Christians who said they attended a worship service in the past month and said their faith is very important in their lives. The findings are included in a new report, “Where Do We Go from Here?”