WATCH: Embarrassing Moment a Black Florida TV Anchor, 28, Makes Fun of White Police Officer’s Baldness and Boasts About Her Master’s Degree as She Is Arrested for Drunk Driving while Claiming It’s Racially Motivated 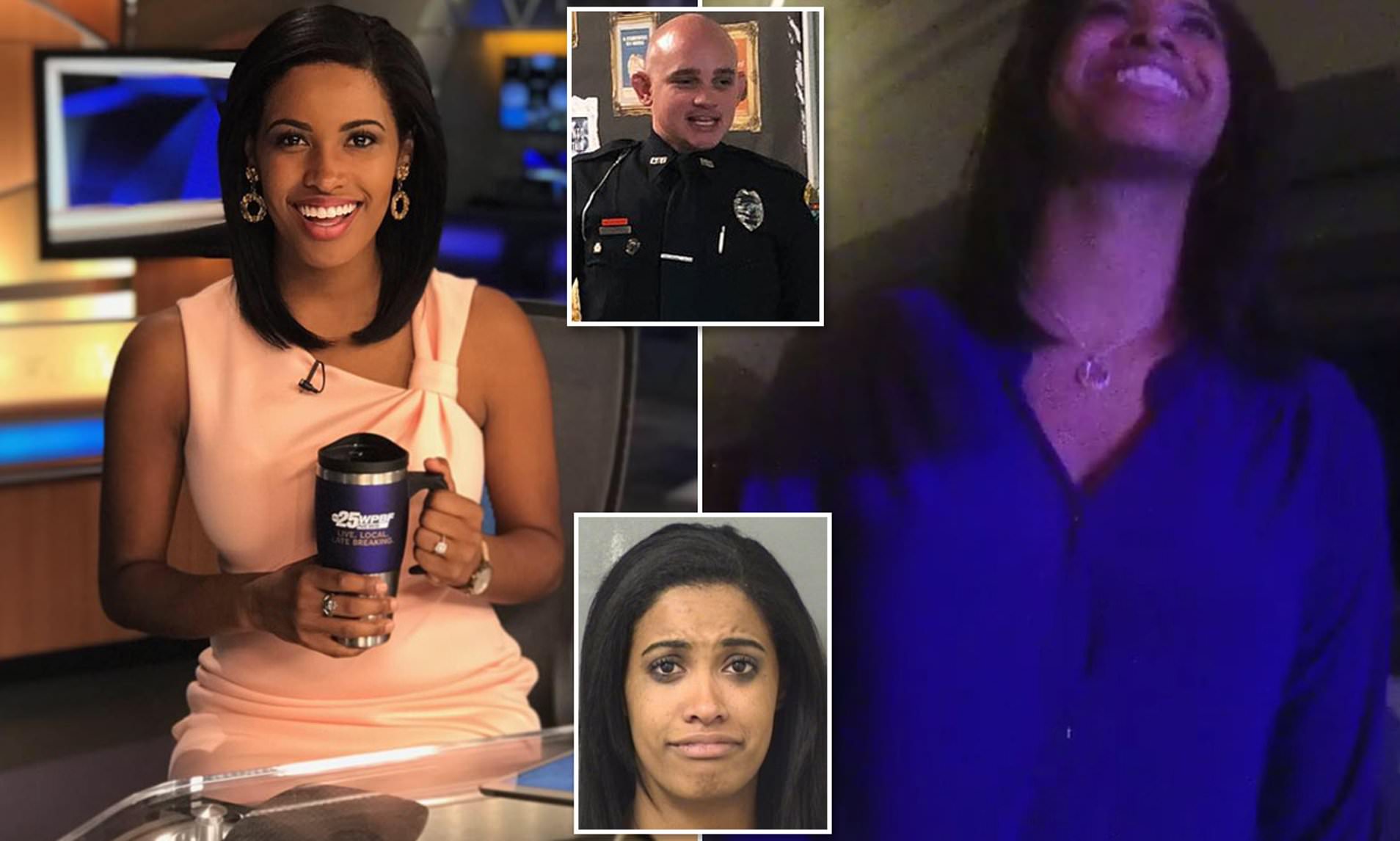 Anchorwoman Farron Salley, 28, was arrested for a DUI in West Palm Beach, Florida on December 15, 2018. She returned to work at WPBF-Channel 25 after a two-month leave and apologized for her treatment of the officers, while maintaining her innocence. But in bodycam footage, Salley slurs her speech and attempts to provoke white officers, mainly Officer Cameron Carver (inset), with accusations of racism. According to the arrest report, Carver said he smelled liquor on Salley’s breath and noted her eyes were bloodshot and her pupils dilated. When asked to take field sobriety tests, Salley told her fiancée, who remained near the car: ‘Watch out, they may shoot you even though you’re not black!’. Among other exchanges, Salley told Carver, before making fun of his male pattern baldness: ‘I have a master’s degree, what do you have?’ The charges were dropped because Palm Beach County State Attorney said there was only enough evidence to arrest Salley – not enough to convict her.