After being fired for sharing a post on Instagram opposing homosexuality, Australian Christian Rugby player Israel Folau has filed suit against Rugby Australia.

On Thursday, the 30-year-old announced that he had filed an application with the Australian Fair Work Commission for religious discrimination, which he believes was the backbone of his termination. “No Australian of any faith should be fired for practicing their religion,” Folau argued, according to the Christian Post.

As Christian Headlines previously reported, Folau’s contract was terminated in April after he shared a post on Instagram warning “drunks, homosexuals, adulterers, liars, fornicators, thieves, atheists, [and] idolaters” to turn away from sin.

The former Wallabies player wrote in the April 10 post, “Those that are living in Sin will end up in Hell unless you repent. Jesus Christ loves you and is giving you time to turn away from your sin and come to him.”

He then quoted Galatians 5:19-21 which says, “Now the works of the flesh are manifest, which are these , adultery, fornication, uncleanness, lasciviousness, idolatry, witchcraft, hatred, variance, emulations, wrath, strife, seditions, heresies, envyings, murders, drunkenness, revelings, and such like: of the which I tell you before, as I have also told you in time past, that they which do such things shall not inherit the kingdom of God.” 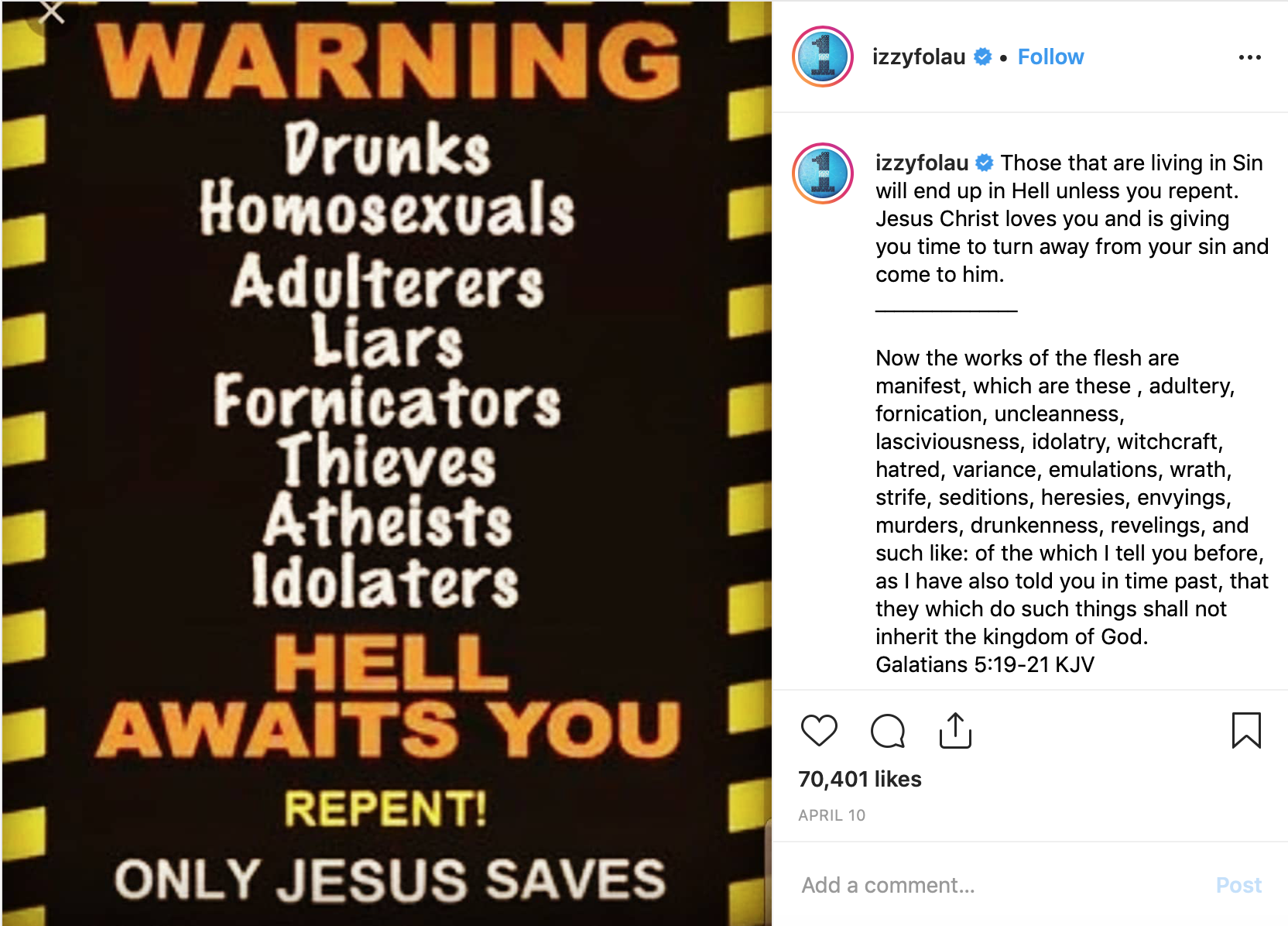 Soon after sharing this post, Folau was accused by Rugby Australia of breaching the players’ code of conduct which led to the termination of his employment contract.