The Complex Role of Christianity in the Women’s Suffrage Movement

This week marks 100 years since Congress passed the 19th Amendment to the Constitution, guaranteeing women the right to vote.

Passed in the wake of a cataclysmic world war, it wasn’t ratified until 1920.

Many of the women who had lobbied for it (it was first introduced in Congress in 1878), including Susan B. Anthony and Elizabeth Cady Stanton, were dead.

“Religion comes up quite a bit and in many different ways,” according to journalist Elaine Weiss, author of “The Woman’s Hour: The Great Fight to Win the Vote.”

The battle for voting rights, according to Weiss and other experts, drew together women across a spectrum of religious practice, from Quakers to women active in the holiness movement who saw social reform as a means of testifying to their pursuit of holiness. 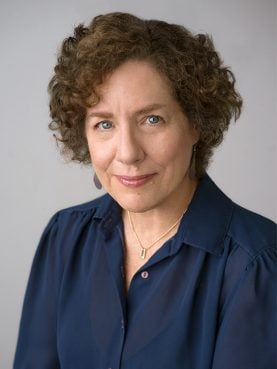 Many women’s suffrage proponents, including campaigners such as Lucretia Mott, emerged from the abolitionist movement. They saw suffrage as a matter of divine justice as well as human rights, Weiss said.

Other women viewed the right to vote as not only a political and social but a moral issue — as did their opponents.

“The movement to win votes will see many clergymen on both sides, and they will use biblical arguments to bolster their side,” said Weiss, who noted that many denominations, including Methodists, Presbyterians and Catholics, were divided on the issue of suffrage.

Women’s suffrage was a divisive issue for Jewish clergy as well.

Reform Rabbi Stephen S. Wise traveled around the country giving lectures in support of women’s right to vote, according to Weiss. Wise, who at the time was rabbi at New York City’s Free Synagogue, was a founding member of the Men’s League for Women’s Suffrage and cut a 78 record to promote the issue.

“He had a huge rivalry with a rabbi (Joseph Silverman) from Temple Emanu-El, a large synagogue in Manhattan,” she said. “They fight from the pulpit about this for years, each giving his own religious spin.”

One of the icons of the suffrage movement was Anna Howard Shaw, a physician and minister who became president of the National American Woman Suffrage Association and led it from 1904-1915 (she died in 1919, before the amendment was ratified). 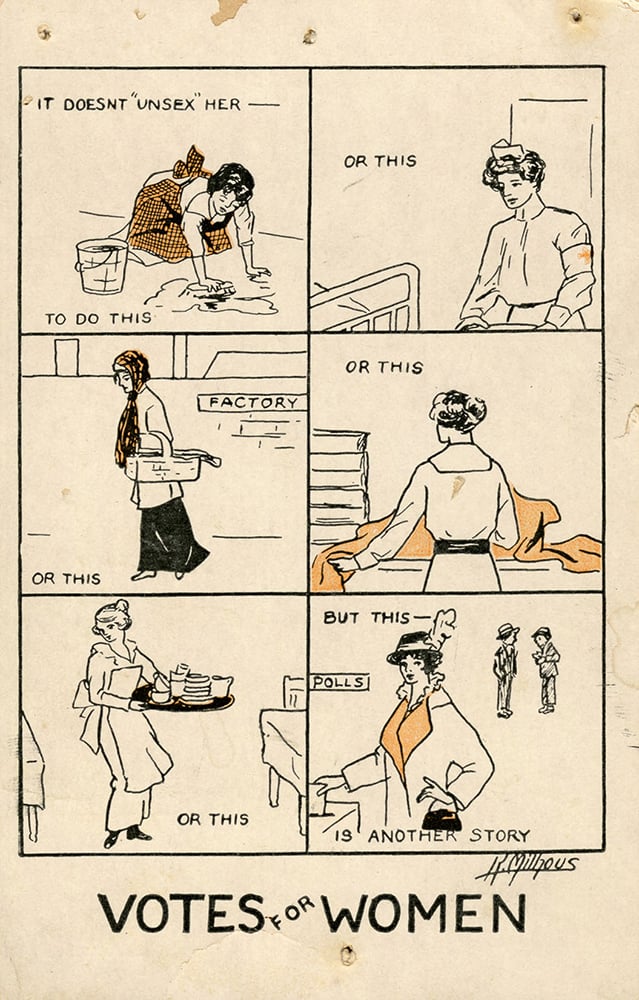 A 1915 women’s suffrage postcard
countering the rhetoric that voting would
make a woman masculine by taking on
masculine roles. Image by Katherine
Milhouse/Creative Commons

Erin Sears, a rising second-year student at the Candler School of Theology and a United Methodist, said she’s studied Shaw while in college. But she said she wasn’t always aware that faith played a role in the fight for the right to vote.

“It’s really important that women know that other women were standing with them for years and years in their fight to be treated fairly. As a woman seeking ordination (myself), it’s really humbling and inspiring to be in a line of women who put their faith into action,” said Sears. “It’s a witness that faith goes beyond church buildings and that we spill into the world.”

Other supporters were drawn into the battle for women’s suffrage as part of the temperance movement led by educator and evangelical social reformer Frances Willard.

In 1879, when the Methodist Willard became president of the Women’s Christian Temperance Union, she began to align domestic virtue with social change, according to Calvin College historian Kristin Du Mez.

For women affected by their husbands’ drinking, powerless to protect their own children, voting became a means to acquire political power and do good at the same time.

By the end of the 19th century, said Du Mez, suffrage had become a respectable cause in which Christian women could be engaged.