While Sudan Tortures and Kills Its People the U.S. Offers to Normalize Relations

Khartoum, Sudan – As the Trump administration holds talks on whether to normalize relations with Sudan, a CNN investigation has found evidence that the north African country is failing to comply with a key US requirement to improve “human rights protections and practices.”

An undercover CNN team in Khartoum witnessed the brutal crackdown on protests which began over a rise in the cost of living but have escalated into a push for President Omar al-Bashir’s removal.

At demonstrations in a residential area of the capital in mid-March, CNN filmed the indiscriminate violence that has become synonymous with Sudan’s security forces.

Soon after one rally started, national security agents descended on the crowds, sending people scattering into alleyways and neighborhood homes.

We sought refuge in a nearby safe house, where a local family provides shelter to protesters – and people like us – who are trying to avoid detection. Getting caught could have meant death.

People spoke in hushed tones as they dashed quickly through the gates and inside, one whispering “God protect us” as they locked the door.

Peering out from behind the curtains, we could see officers dressed in riot gear, batons in hand, hunting for anyone who might have been at the protest. Suddenly, they were trailed by the dull and ominous thud of a tear gas cannon being fired. We were trapped.

Hours passed as we waited, stuck inside while the troops stalked the streets. Eventually they dragged the neighbor’s son out of the house next door, hitting him as a woman screamed.

The young man was swiftly spirited away by security forces, like so many others who have been involved in Sudan’s uprising. Their accounts of what happens behind closed doors are far worse.

More than 3,000 people have been arrested since protests began in December, based on testimony gathered by CNN from activists, lawyers and victims. Many have been taken to secret detention sites known as “ghost houses,” which the government says don’t exist, and where detainees say they face physical and psychological torture. 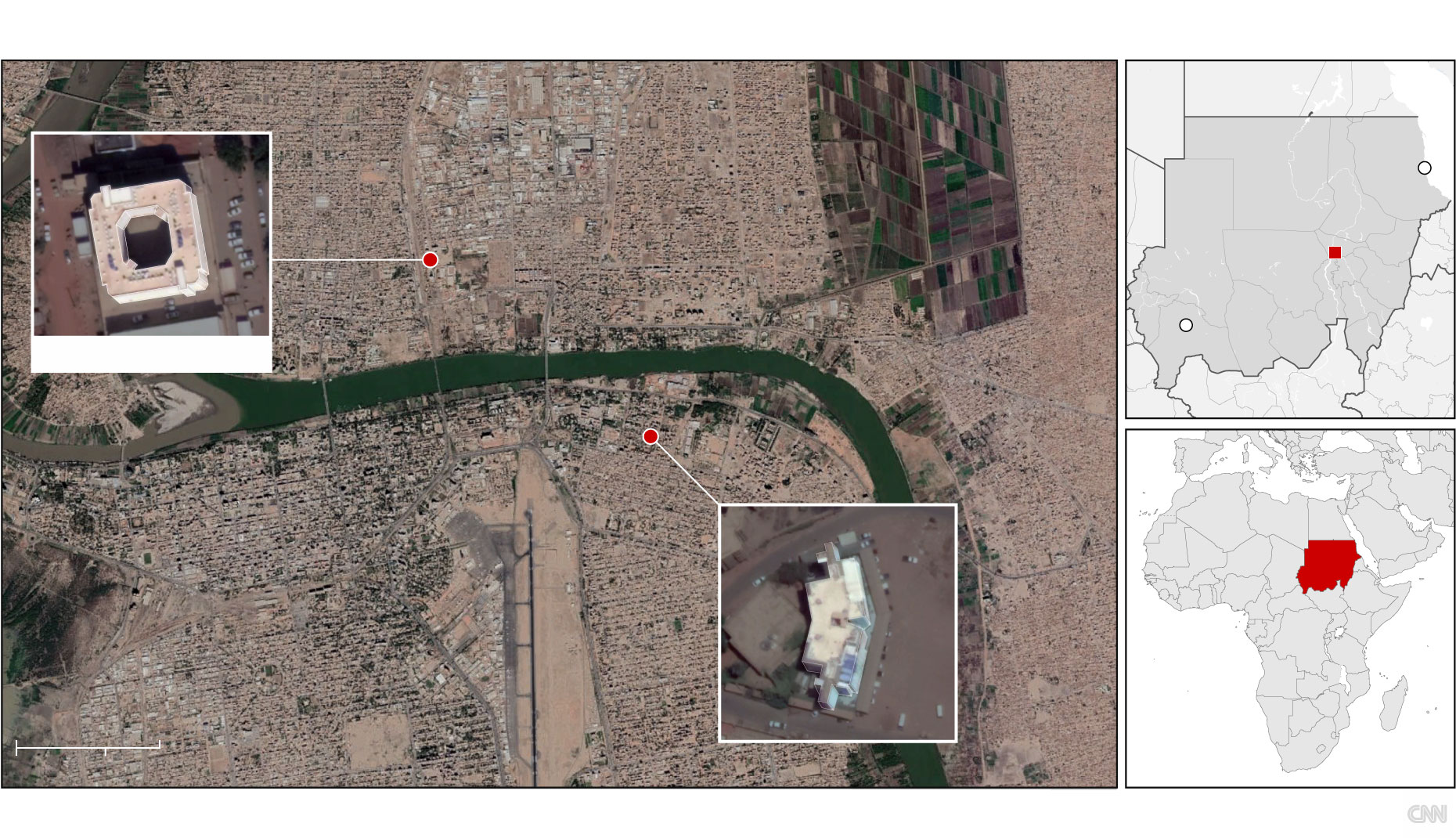 At one such facility, located north of the snaking Blue Nile river in Khartoum, sub-zero temperatures are allegedly used to torment prisoners. The detention center is known as Al Talaja, or the “Refrigerator.” No one who has spent time inside has spoken about it on the record until now.

“Because we were so severely beaten, we went numb, I couldn’t feel my legs and arms. The place was made so cold. It felt like there were knives piercing our bodies,” Wifaq Ahmed Abdullah, an activist detained in Khartoum’s Burri district in January, told CNN.

Unlike the brutal beatings doled out by security agents, the cold holding cells in the Refrigerator leave no physical marks on the body.

“I only spent two days there, but they were the worst two days of my life. I don’t know, but I really wonder how the people who spend weeks and months there cope with the experience. Only two days were enough to make me break down,” Abdullah said.

How Sudan is cracking down on the uprising

Sudan’s National Intelligence and Security Service (NISS) has the power to detain individuals without a warrant for up to 45 days, granting it impunity to act without judicial oversight or accountability, in violation of international laws on arbitrary arrest and detention

Ghost houses were a staple of Bashir’s rule in the 1990s before they were eventually phased out. But, since the protests picked up pace earlier this year, a new wave of such facilities have cropped up in nearly every neighborhood in the capital, activists told CNN.

Another site described to CNN by eyewitnesses is an imposing green building in the Garden City district, once owned by former Interior Minister Abdel Rahim Muhammad Hussein, an indicted war criminal. In the parking lot outside, we witnessed security trucks dropping off what appeared to be detainees.

Attack on medical professionals could amount to a war crime

The moniker “ghost house” alludes to what happens behind closed doors there: people disappear. If they get out at all, it’s as a shadow of their former selves.

We gathered detailed testimony from detainees who said they were abused in these black sites. Graphic images shared with CNN show: dark red blisters, bruising from baton beatings, scabbed scars criss-crossing backs, and bandaged, bloodied heads – all evidence of systematic torture according to human rights groups and observers.

These are just some of the severe injuries that doctors say they’ve been treating. Other demonstrators have arrived at hospitals suffering asphyxiation from teargas inhalation, or wounds from rubber bullets and live ammunition.

Sudan’s government has reported 32 fatalities, including three security personnel, since protests began in December, but doctors and opposition activists suggest the toll is much higher. At least five more people were killed Saturday in one the biggest demonstrations so far, according to an opposition union of doctors.

Medical professionals say that estimating an accurate toll of those wounded and dead is nearly impossible because demonstrators often avoid getting treatment – fearful of retribution from security forces.

On January 9, security agents stormed a hospital in Omdurman, a suburb of Khartoum, firing live bullets and tear gas into the emergency ward as they pursued people seeking treatment for injuries sustained during demonstrations earlier that day, according to the UN Human Rights Office and Amnesty International.

Inside the hospital, some doctors told CNN that many of their names had been placed on a government registry of so-called “collaborators,” endangering their lives and the lives of their families.

“I no longer carry around my ID cards that say I’m a doctor,” said one female physician, who spoke with CNN under the condition of anonymity.

“If I’m not on duty I stay home all day because it’s not safe to go out. I know I’m a target. I don’t even feel safe speaking on the phone anymore, I know we’re being monitored.”

A spokesman for Bashir’s party told Reuters that the Khartoum governor had launched a “fact-finding committee to investigate what happened at Omdurman Hospital.” The Sudanese government has not responded to CNN’s multiple requests for comment.

Before long, we were told security agents roaming the hospital corridors were looking for us and we had to leave. Exiting through a back door, we were able to escape.