African-American young adults are more likely than their white counterparts to drop out of Protestant churches during their early adult years, new research shows.

A new analysis of survey data released last week (March 13) by LifeWay Research of Nashville, Tenn., found that nearly three-quarters of black young adults said they stopped attending church regularly for at least a year between the ages of 18 and 22. By comparison, 65 percent of white young adults said they halted regular attendance during that period. 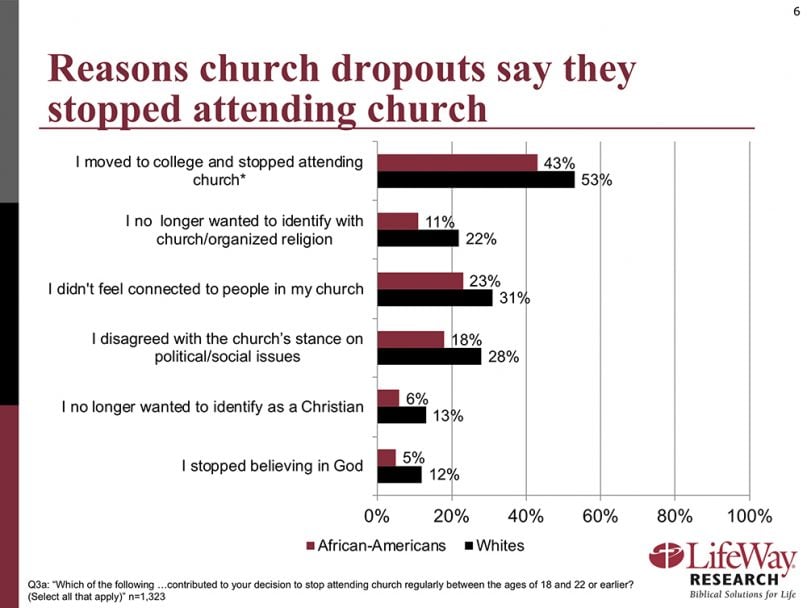 The survey, which was conducted in 2017, sampled the views of U.S. Protestant adults between the ages of 23 and 30.

Despite the early-adult dropoff in attendance, a black church expert at LifeWay Christian Resources said many African-American students continue to feel they have a connection to a church they previously attended. 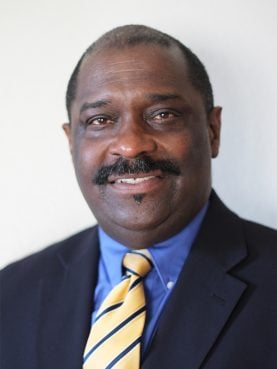 “Very often in African-American culture, we’re really, really tied to what we would call our home church, the church you grew up in,” said Mark Croston, a former pastor who works for the publishing division of the Southern Baptist Convention. “And so for many of our students, as they would move away to college, they would in their minds still be holding onto their relationship with their church back where they grew up.”

Croston said the survey shows that churches that do not have an active young adult ministry should consider having one.

The father of two adult children who are millennials said both expressed how important finding a congregation with a young adult ministry was to them as they looked for a new church after moving away from home. His daughter, he said, gave up on one congregation because it no longer offered a vibrant group that focused on young people.