In solidarity with women around the world, several hundred people marched in Malaysia’s capital on Saturday (March 9) to mark International Women’s Day. The march, organized by activist groups and local nongovernmental organizations, demanded greater women’s rights and called for a ban on child marriage, an end to gender discrimination and a monthly minimum wage of 1800 RM ($650). 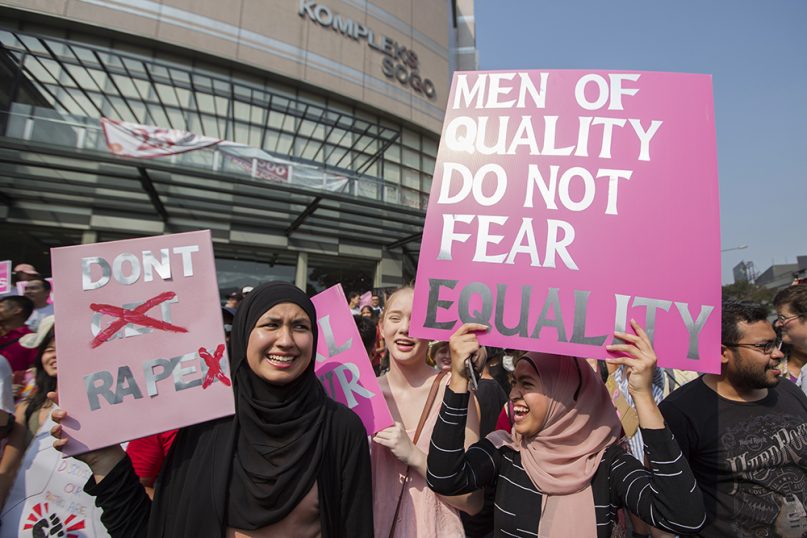 The women and men who marched in Kuala Lumpur on March 9, 2019, brought up various issues women face in Malaysia today, from sexual abuse and child marriage to poor pay. RNS photo by Alexandra Radu 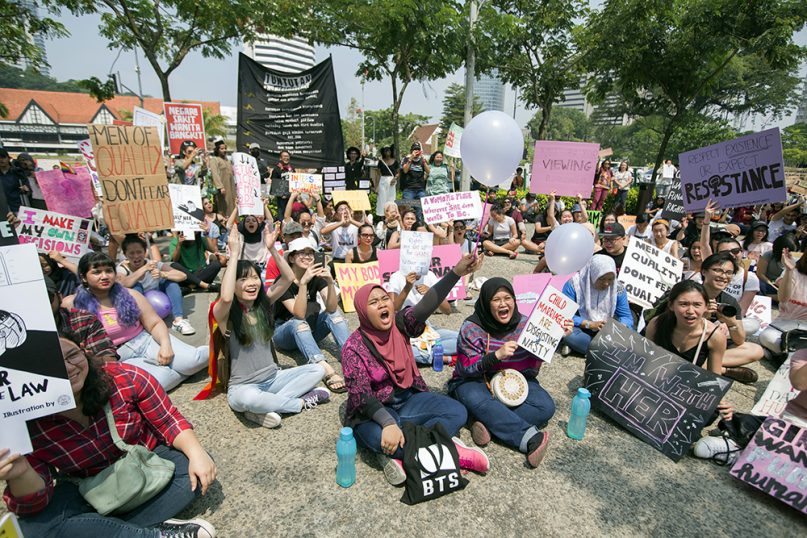 The crowd supported activists’ speeches at the women’s march in Kuala Lumpur, Malaysia, on March 9, 2019. RNS photo by Alexandra Radu

But the focus on women’s issues was often overshadowed by a backlash against LGBT activists who marched for an end to gender-based violence and discrimination against LGBT in Malaysia, where same-sex relationships are outlawed both by civil and Islamic law.

Mujahid Yusof Rawa, the Malaysian Islamic affairs minister, deemed the event “a misuse of democratic space.” “I am shocked by the actions of a handful of people today who abuse the democratic space to defend practices that are against Islamic teachings,” the minister wrote in a Facebook post after the rally.