Jana Riess: I’ve been a fan of every Barbara Brown Taylor book I’ve ever read, so it’s not surprising that I loved the newest, out Tuesday (March 12): Holy Envy: Finding God in the Faith of Others. Like her other books, it blends memoir with theological reflection on a timely topic — in this case, world religions.

In 1998, she began teaching world religions at Piedmont College, which she expected would help her learn the subject matter (is there any better way to learn something than to teach it?). What she did not expect, though, was that the classes and students would challenge and deepen her own Christian faith. — JKR

You say in the book that when you were growing up you had an “empty file cabinet” where religion was concerned — your parents didn’t pray at the dinner table or teach you the Bible — and that this was an advantage when it came to teaching religion.

Students taught me that. The ones who came in with full file cabinets already had so many ideas and were full of so much “right” information that it was hard for them to incorporate anything new, even if they were very interested in it. They were full in some wonderful ways — I had students who were biblically literate, who could find 2 Timothy in the Bible. But it was when a young man who had never read a page of the Bible came to class that it was so much fun. He was always asking the most inventive questions, and taking the discussion in ways it never would have gone.

In your career you pivoted from the priesthood to the classroom. Why?

I left full-time parish ministry in a period of deep disappointment about my ability to lead a small rural church, and spent about three months wondering what to do with the rest of my life, because I wanted to keep living where I lived. So when Piedmont College called me and asked me if I wanted to teach in their new philosophy and religion major, I said yes.

I did not have a Ph.D., but I thought that if they were foolish enough to ask me, I was going to do it! Students taught me how to do the job, in the same way that congregations had to teach me how to be a pastor.

In 20 years of teaching world religions, how did the experience change over time?

I had been teaching about three years when 9/11 happened, and teaching Islam was never the same after that. The reigning stereotype before 9/11 was of Arabs in flowing robes with camels and sand. But after 9/11 that image was replaced with suicide vests and explosions. Neither one was helpful.

I ended up adding sessions to the unit on Islam because I had to do so much deconstruction before we could do any construction. I asked students to go up to the board at the beginning of the course and list the five major traditions, along with what they knew about them. With Islam, one of the first three words would always be “terrorism.” And that didn’t happen with the other traditions. The central features of them went up, though Hinduism was the blankest. Students came to Hinduism with fewer stereotypes. But with Islam, they had gotten so much negative information, and even more than that, negative images. I had to add some days to the unit so we could talk about the relationship between economics, global politics and religion. We might be able to talk about the Four Noble Truths of Buddhism without getting into those things, but we couldn’t talk about Islam without talking about them.

If you think about it, a lot of the students now would have been born around 9/11. That means that the U.S. has been involved in some kind of war with Islam their entire lives. 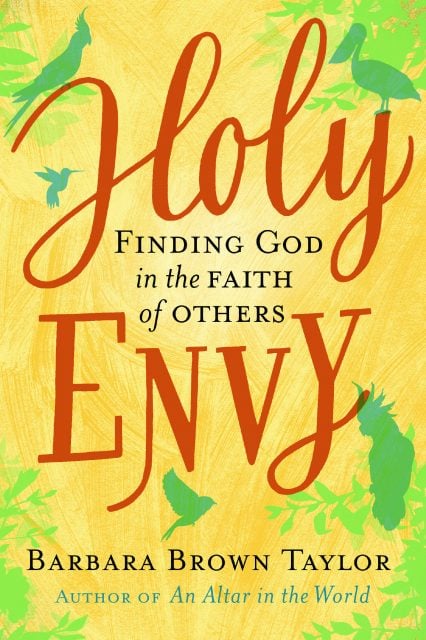 You say in the book, “However many other religious languages I learn, I dream in Christian. However much I learn from other spiritual teachers, it is Jesus I come home to at night.” Can you explain that?

In many ways, this book is a porthole into a change in my thinking that ended up changing my life and my view of my own tradition. I did learn other religious languages, and flirted with becoming pan-religious or post-religious or interreligious. I finally hit the impossibility of that for me, because we don’t learn to speak language, we learn to speak a language. It is very particular. The stories of Christianity were so much a part of what had shaped my character, my views, my practices, that it would have been foolhardy for me to leave it when I was so embedded in it.

I decided to stick with the language that I knew and loved. It was a matter of recognizing that part of my DNA, which was already so Christian in my formation. It seemed better to reform it rather than shed it or shrink it.