Maryland Husband and His Daughter are Charged with Murdering His Wife, Three Months After They Claimed She Was Stabbed to Death by a Panhandler who She Gave Money To in a Case That Oprah Said ‘Struck My Heart’

A Maryland woman whose death last year was blamed on an attack by a panhandler was actually killed by her husband and his adult daughter, police said Sunday.

Keith Smith, 52, had told police that his wife, Jacquelyn, an engineer from Harford County, was trying to give money to a panhandler at a traffic light when she was robbed and fatally stabbed.

Her death attracted national attention and prompted many to regard panhandlers warily. 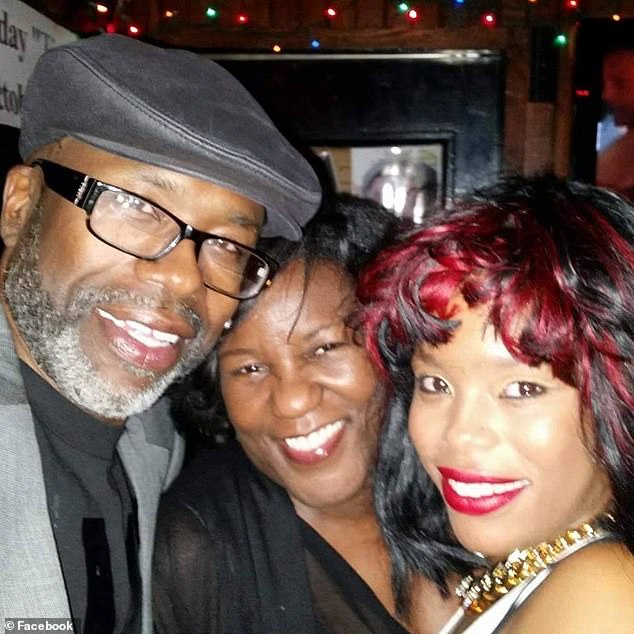 The husband, left, and stepdaughter, right, of woman they claimed was killed by a panhandler Jacquelyn Smith, center, were arrested on murder charges in connection with her death

Even Oprah Winfrey, whose early career included several years covering Baltimore news, commented that she would ‘think twice’ about giving to panhandlers after reading about Jacquelyn’s death.

In the days after Smith’s killing, some of Baltimore’s homeless said they noticed a decrease in the number of people willing to roll down their windows and help.

But at a news conference on Sunday, Police Commissioner Michael Harrison said the panhandler story was not true and completely made up.

‘The information and evidence points it wasn’t a panhandler,’ Harrison said. ‘People take advantage of Baltimore. We want to make sure the truth comes out and justice is done.” 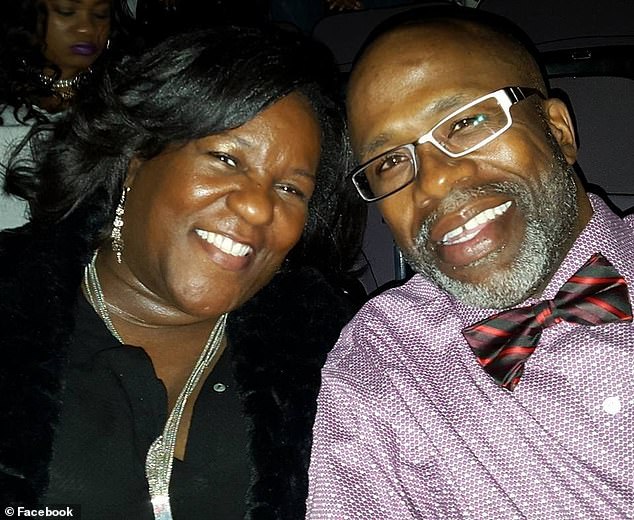 After the December killing, Keith Smith, right, told authorities that his wife, Jacquelyn, left, was knifed to death after she tried to give money to a young woman with an infant

He announced first-degree murder charges against Keith Smith and his daughter, Valeria Smith, 28.

Both were arrested in Harlingen, Texas, near the Mexico border. Harrison said the two were preparing to leave the country.

Harrison did not explain at the brief news conference what specific roles police attribute to Keith and Valeria Smith, nor did he reveal a possible motive.

He said at the news conference that the concocted story took advantage of negative perceptions of Baltimore crime and credited detectives for their work in solving the crime. Smith’s death was one of more than 300 in Baltimore in 2018.

‘Often times, we have these negative depictions of our city and it’s rather unfortunate when people take advantages of these negative perceptions,’ Baltimore State’s Attorney Marilyn Mosby said at the news conference. 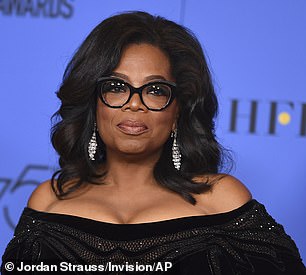 At one stage, even Oprah Winfrey weighed in on the case saying it would make more wary and less likely to hand over money to panhandlers at a traffic stop

‘Like everyone in our city, state and across this nation, we mourned the senseless killing of Jacquelyn Smith. To now learn that family members staged this brutal killing is beyond belief and represents a double tragedy,’ Pugh said in a statement Sunday.

‘They were responsible for taking Jacquelyn’s life with unconscionable cruelty and contrived to do so in our city under the guise of random violence, exploiting the legitimate fears of our residents.’

When Jacquelyn’s death on December 1st was initially reported, police said she lowered her car’s front passenger side window to give $10 to a young woman who appeared to be holding a swaddled infant and a cardboard sign reading: ‘Please help me feed my baby.’

It was then that a man supposedly approached the car and struggled to take her wallet. He then supposedly stabbed her and ran off along with the female panhandler.

‘This girl actually said, “God bless you”‘ after the man stabbed Jacquelyn, Keith Smith said to the media in December – but police now say that the entire story was fabricated. 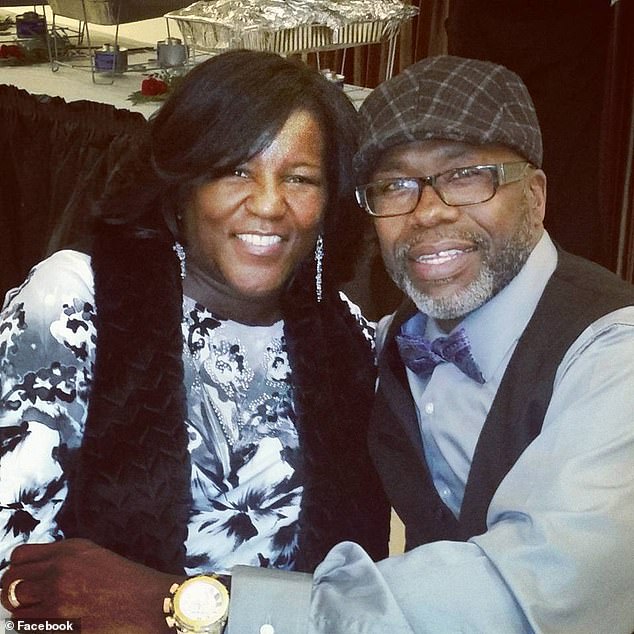 After his wife died, Keith Smith gave numerous media interviews and lobbied the city to pass legislation to ban panhandling at city intersections. He said he wanted the law to be named for his wife.

Several members of Jacquelyn’s family, including her brother Marcel Trisvan, say they doubted the story from the beginning.

‘I already know it’s Keith,’ he said to the Baltimore Sun. Trisvan said police provided no information to the family, but detectives had increasingly been asking the family about his sister’s relationship with her husband.

‘All the questioning has been specific to Keith. That kind of sums it up right there,’ he said. ‘It never made sense. I told detectives from the very beginning there are no suspects out there.

‘I’m hopeful this person never sees the light of day, but I mean, to me, that’s not closure,’ he said. ‘My sister was robbed from this world. This didn’t need to happen.’

It wasn’t immediately known if Keith and Valeria had attorneys who could comment for them.