Former ‘The Voice’ Contestant Janice Freeman, Who Had Beaten Cervical Cancer, Dies at Age 33 From a Blood Clot at Her California Home as Her Husband Performed CPR

Former contestant on The Voice, Janice Freeman, has died aged 33 of an apparent blood clot.

Freeman’s family told TMZ that the singer was at home in Pasadena, California, on Saturday when she began complaining that she couldn’t breathe.

Her husband Dion called 911 and performed CPR on her until paramedics arrived. She was brought to the hospital and pronounced dead at around 5.30pm local time.

Doctors determined that a blood clot had traveled to her heart, according to TMZ.

Freeman had struggled with a number of health issues including lupus, meningitis and cervical cancer, which she’d beaten.

The performer made it to the top 11 on season 13 of The Voice under the mentorship of Miley Cyrus.

Cyrus sobbed as Freeman was voted off the show in November 2017.

‘If anybody deserves to stick around in this competition it is you,’ Cyrus said at the time. ‘You are a fighter, you are a warrior, you are a role model, and, more than any of that, you are The Voice. I am in complete shock. I love you so much.’

The mentor and mentee stayed in contact after the show, and Freeman had publicly thanked Cyrus for covering six months of her rent last year.

In January of 2018, Freeman explained on her Instagram story how Cyrus had covered six months’ worth of rent for her.

‘Miley, you are my dawg, like, my best friend, and I will defend you to the bitter end,’ Freeman said on her Instagram story in January 2018.

‘This woman blessed me to be able to move in. Do you understand? What she don’t know is, I’ve been praying for her.

Cyrus reacted to news of Freeman’s death on her Instagram story, posting a photo of a rainbow with the caption: ‘Thank you @janicefreeman … for everything. This represents you perfectly.’ 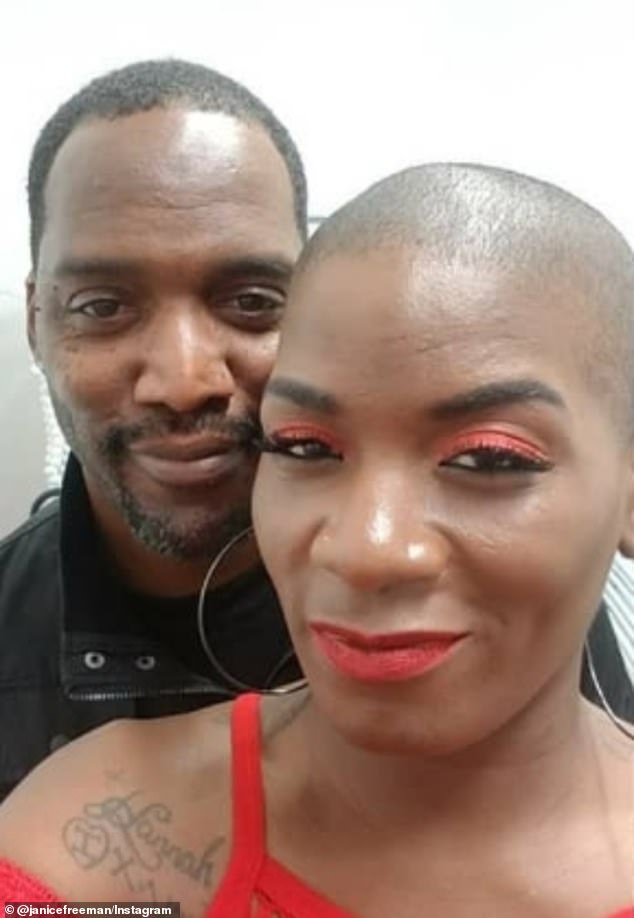 Freeman is pictured with her husband Dion, who reportedly performed CPR on her until the paramedics arrived at their home on Saturday