A few months ago, United Methodist Bishop Karen Oliveto predicted that 2019 will be the year her denomination decides “all are necessary members” amid a long-running dispute over sexuality.

By engaging Scripture, tradition, experience and reason together, she predicted, United Methodists will “provide a critical witness to a fractured, hurting world that differences do not have to lead to division and unity is not the same thing as uniformity.”

United Methodists will find out soon if the bishop’s predictions are correct.

This weekend the global denomination’s decision-making body, known as the General Conference, will gather for a special session in St. Louis to discuss plans to move forward despite deep disagreement over ordaining LGBTQ clergy and performing same-sex weddings.

Heading into that special session this weekend, Oliveto, the first openly LGBTQ bishop in the United Methodist Church, told Religion News Service, “My prayer for this special session of General Conference is that the Holy Spirit will lead us to a place of healing, reconciliation and unity that will surprise us all.”

We asked pastors, bishops, delegates, activists and other United Methodists in the United States to share what they expect — and hope — to happen at the special session, too. Here’s what they suggest we keep an eye out for.

The views expressed in these submissions, which have been edited for length and clarity, do not necessarily reflect those of Religion News Service.

The Rev. Adam Hamilton: Live in the tension 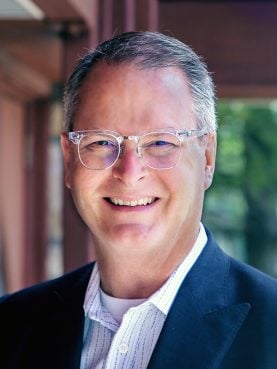 Adam Hamilton. Photo courtesy of
Church of the Resurrection

It requires patience, humility and grace to look at people with whom you disagree on an issue or theological point and say, “You are still my brother or sister.” It requires a willingness to say, “I don’t agree with you here, but I value what you bring to the table, and I need you.”

It is much easier to want to leave and find a place without the tension, where everyone agrees with you, than to stay in a place with people with whom you disagree. But I believe we’re all poorer when we do that.

This is one reason why I support the One Church Planrecommended by two-thirds of our bishops. It attempts to navigate a middle way between the left and the right, giving space for both the traditionalists and the progressives. Some will leave because of it. But I hope many more will say, “We can continue to live in the tension, valuing, while disagreeing with, those on the other side.”

The Rev. Adam Hamilton is senior pastor of the United Methodist Church of the Resurrection in Leawood, Kan., where he preaches to more than 8,000 people each week. An expanded version of his comments can be found on his website.

The Rev. Alex da Silva Souto: ‘Do no harm’ 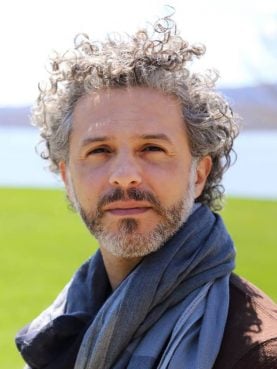 United Methodists have been actively debating about the human dignity and divine worth of LGBTQIA+ (lesbian, gay, bisexual, transgender, queer, intersex, asexual) people since 1972, the year I was born. While “self-avowed, practicing homosexual” is the identity criminalized by the UMC Book of Discipline, the targeted groups have been much broader.

Transgender and gender-nonconforming people, for example, have also been discriminated against and punished. This nearly half-century-old debate has been prolonged because the powers that be refuse to do the work of understanding, accepting and celebrating the diversity, complexities and wonder of human sexuality.

Which is why I and thousands of other United Methodists support the Simple Plan, which would strike from our Book of Discipline all discriminatory language against LGBTQIA+ people. After decades of systemic harm, the only solution is returning to the first rule of United Methodism: “Do no harm.” The Simple Plan proposes exactly that. We must first stop the spiritual/physical harm against LGBTQIA+ people, and only then can we have a real conversation about “human sexuality.”

We might walk away from St. Louis without final answers, but stopping the harm, as a first step, is certainly better than more of the same. We are deciding on matters of life and death for LGBTQIA+ communities around the world; may we allow the Holy Spirit to move and revive all that needs movement and revival.

The Rev. Beth Ann Cook: Face the depths of division 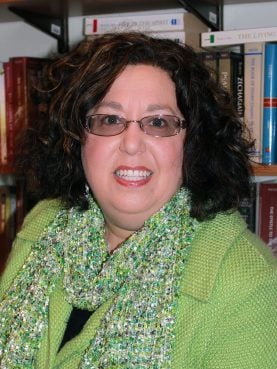 I am praying that St. Louis will bring the moment when we finally acknowledge and face the depth of our division. Our theological division is not limited to the issue of human sexuality. Sexual ethics are the presenting problem for a deeper theological division in our church. It is time to stop kicking the can down the road. But making this decision will be painful.

The Commission on a Way Forward spent countless hours looking at every possibility. There is no perfect plan. Passing any of the plans will violate someone’s deeply held convictions in such a way that they will feel unable to remain part of our denomination.

If a local church cannot in good conscience stay in the United Methodist Church, I pray that we will live out Matthew 7:12 by passing a gracious exit path that allows them to take their property with them. Such an exit path would need to provide for unfunded liabilities, including our pension obligations. But I want those who feel that they cannot remain in our church, to be able to be faithful to Christ’s call as they understand it. I want us to be known as people who love one another deeply.

The Rev. Beth Ann Cook is an ordained elder in the Indiana Annual Conference and senior pastor at Logansport First United Methodist Church. She has been elected to serve as a General Conference delegate three times and also serves on the Commission on General Conference.

Ben Weger: ‘Continue being the church God has called us to be’ As a person who is called to ministry and unable to pursue that call in the church that baptized me, I cannot support the One Church Plan. I was fired from my position at a United Methodist church for being a transgender man and the pastor who fired me sits on the board of ordained ministry in my annual conference. The One Church Plan does nothing to guarantee any progress for me in this process unless I want to move away from my family and community.

Which is why I support the Simple Plan, a plan that was introduced by a group separate from the Commission on a Way Forward and removes all discriminatory language from the Book of Discipline — something I believe is essential.

If I were to make a prediction, however, I would say, with whatever hopefulness I have left, that the UMC will pass the One Church Plan.

I am fortunate to currently serve within a United Methodist congregation that welcomes and affirms all people and the truth is, on March 3 we will gather together and continue being the church God has called us to be. Whatever change may come, I believe we will carry on in mission to build and be God’s kindom on earth.

Ben Weger is the worship leader at Allendale United Methodist Church in St. Petersburg, Fla., and a seminary student at Iliff School of Theology.

Scott D. Miller: Churches should choose their own paths 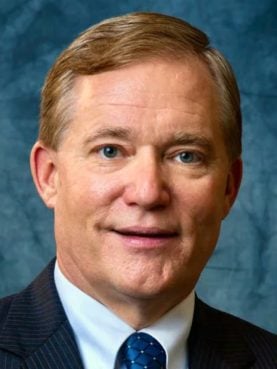 As a lifelong Methodist and president of a Methodist-affiliated institution, my primary concern is doing what is right and including and representing the spiritual needs of all members of the church regardless of orientation. My loyalty lies with what I consider to be the true Christian way in my heart.

There are three approaches being considered at the special session. I believe the most logical approach is the Connectional Conference approach. This model would allow individual churches to choose their own path. Other options are likely to result in further division and controversy, and consequently, a denominational crisis that will greatly affect funding, resources and long-term viability.

My hope and prayer is that, whatever happens, we will honor the United Methodist Church’s  “profound commitment to the sacred worth of all persons and to social justice,” as we have done previously in our positions on civil rights, women’s rights and other issues.

Scott D. Miller is president of Virginia Wesleyan University in Virginia Beach. A college president for over 28 years, he was previously president of Bethany College, Wesley College and Lincoln Memorial University. He is a lifetime Methodist and is a member of the board of directors of the National Association of Schools and Colleges of the United Methodist Church.