Tyler Perry, 50 Cent, and Other Celebrities React to Jussie Smollett Case Outcome After ‘Empire’ Actor Is Arrested for Staging Homophobic and Racist Attack Against Himself

Celebrities have lashed out at Empire actor Jussie Smollett following his arrest after many of them publicly voiced support for him when he first claimed he had been targeted in a racist and homophobic attack.

Actor and comedian Tyler Perry penned a lengthy Facebook post saying he had personally spoken to Smollett who insisted he was telling the truth.

Perry added that the evidence seemed to contradict Smollett’s version and that he was ‘lost for words’.

‘I have personally spoken to Jussie, and he is adamant that he’s telling the truth. Also, everyone that I know who knows him says that he is not the kind of person who would make up such a horrible and awful thing,’ he said. 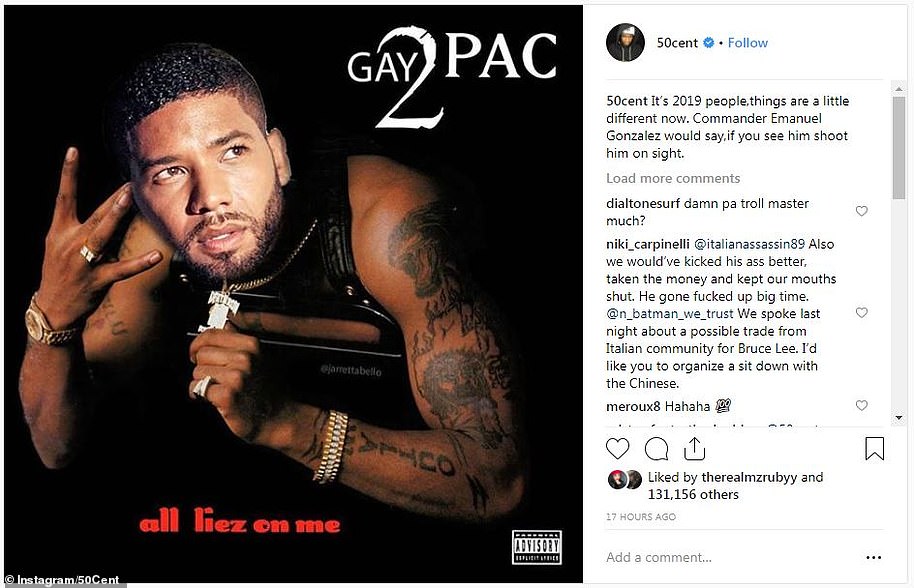 50 Cent mocked Smollett and his Tupac reference with an Instagram photo of the actor’s face imposed on the cover of the rapper’s album, saying: ‘All Liez On Me’ 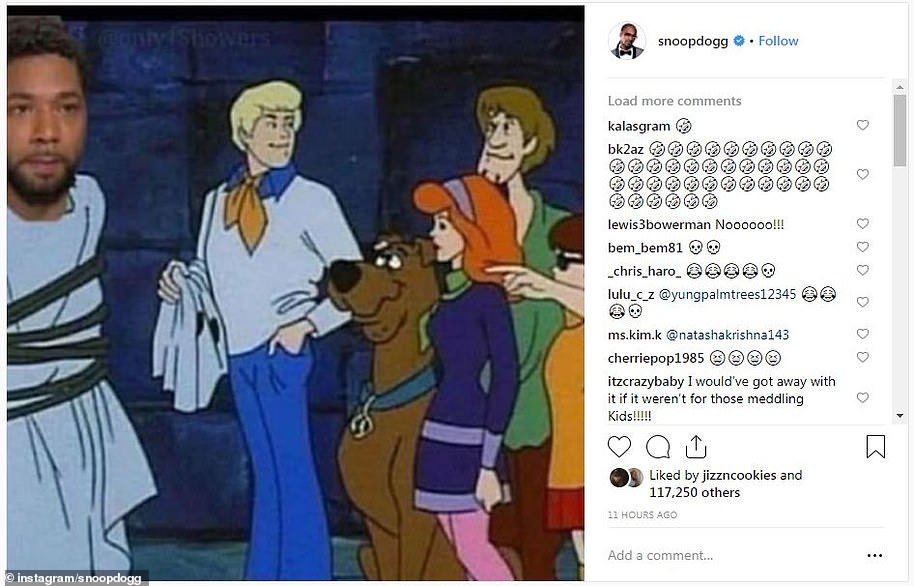 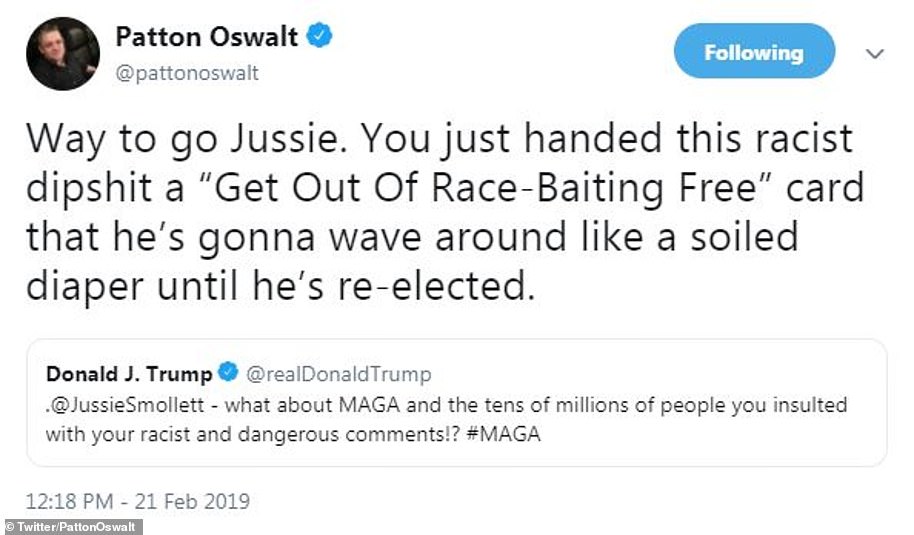 ‘Yet the evidence seems to state otherwise. I’m lost for words. To stoke fears and raise racial tensions is wrong in every situation on ALL SIDES! Yet my prayers are still with him and his family and our Nation.’

Straight Outta Compton actor O’Shea Jackson Jr was scathing in a series of lengthy tweets about the developments.

‘What upsets me about this Jussie situation is that people were genuinely worried about you man. And the things that you said happened could have led to some serious outcomes. People were prepared to fight for you bruh. Things coulda got ugly…… and you made it up.

‘The world has plenty of real monsters. You don’t have to make up any. And what for? Just further dividing people for personal gain? It sucks for the people who actually have to deal with that type of hate. 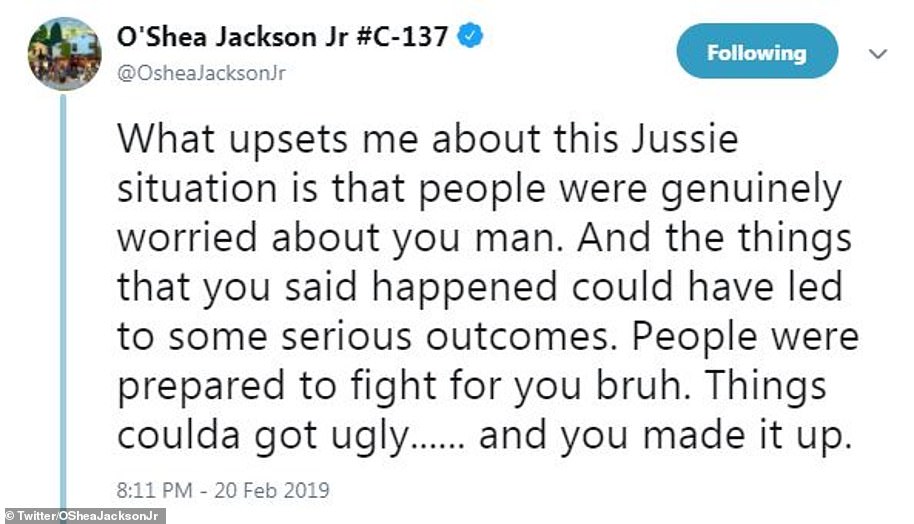 ‘People could’ve gotten hurt. Thinking they’re protesting and standing up for you. This is not a game.’

Smollett had compared himself to Tupac during a performance in West Hollywood earlier this month. He ended his set saying he fought back against his so-called attackers and said he was ‘the gay Tupac’.

50 Cent mocked Smollett and his Tupac reference with an Instagram photo of the actor’s face imposed on the cover of the rapper’s album, saying: ‘All Liez On Me’.

Andy Cohen tweeted that his ‘head is exploding’ following news of Smollett’s arrest before calling the story ‘pathetic’.

Actor Patton Oswalt retweeted a tweet from President Donald Trump, saying: ‘Way to go Jussie. You just handed this racist dips**t a ‘Get Out Of Race-Baiting Free’ card that he’s gonna wave around like a soiled diaper until he’s re-elected.’

Trump had tweeted: ‘@JussieSmollett – what about MAGA and the tens of millions of people you insulted with your racist and dangerous comments!? #MAGA’.