“Does it spark joy?”

Since the release of the 2019 Netflix documentary “Tidying Up” with Marie Kondo, people across the globe have been inspired to take hold of each of their possessions and consider this simple but enigmatic question.

If the answer is no, then Marie Kondo encourages us to thank the item for its service and let it go.

The “KonMari method” for decluttering and organizing domestic goods, so named after its illustrious founder, was already a cultural phenomenon before Netflix brought it to mainstream American audiences. Originating from a single volume published in Japanese in 2011, the KonMari empire now spans podcasts, training programs and a global network of certified decluttering consultants.

As an emerging social movement, disposing of one’s goods en masse has been interrogated for its impacts on the environment, second-hand economies and people’s psychological well-being.

As with “Pokémon Go,” Hayao Miyazaki films and other Japanese popular culture phenomena that have gripped the global imagination, significant media attention has been devoted to uncovering the “religious origins” of this trend. This attention is mostly focused on the mysterious “sparks joy” phrase and the cosmology of human-object relations it introduces.

In these reports, the KonMari method is often said to be grounded in Shintoism, Japan’s indigenous system of ritual practice. Whilst the definition (and doctrine) of Shintoism is highly contested, Western media coverage usually takes it wholesale to be animism, which teaches that the material world is inhabited by kami, or spirits, such that living a good life means residing in harmony with these spirits. Buddhist teachings about the dependent origination of all existence have also been used to illuminate the enchanted domestic landscape that Kondo describes. 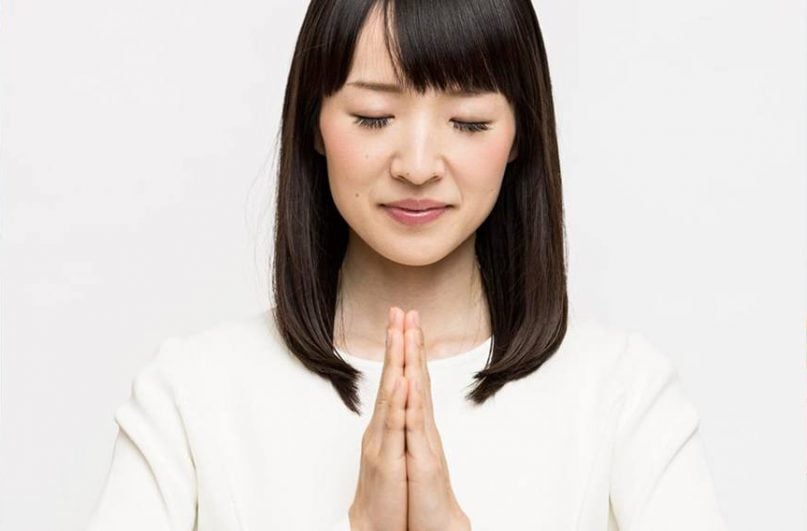 Kondo’s practice of “greeting the house” before commencing cleaning, “waking up” books by tapping their spines, and even her neat (read, “pure”) dress have all been interpreted as evidence of the animism in her work. Much has been made, too, of Kondo’s part-time job as a shrine attendant, or miko, despite this being a relatively popular casual job for female high school students. Indeed, Kondo herself commented in a 2015 Reddit “Ask Me Anything” forum, “It (Shintoism) influences me, but not as strongly as you might think.”

It’s true that Japan’s public conversation also abounds with claims about a unique, monolithic national character, which frequently invokes Shintoism and sometimes Buddhism. Such generalizations are untethered from empirical studies of contemporary life and religious practice. But the Western media’s tendency to seek out religious origins for Asian popular culture phenomena can, in its worst excesses, be understood as an Orientalist reading of the Japanese people as motivated by mystical forces or irrational beliefs.