In Times Square Interview for ‘SuperSoul Conversations,’ Beto O’Rourke Tells Oprah He’ll Decide on Running for President in 2020 ‘By End of This Month’

*BCNN1 editors note: Beto, please do not take your interview with the “Queen of All Media” as a ringing endorsement of a presidential run for at least these two reasons: (1) Contrary to what others have said, you are no Obama, and (2) If a certain someone with the initials of M.O. runs in 2020, you’re toast.

Beto O’Rourke on Tuesday told Oprah Winfrey he will decide on a presidential run by the end of the month after he slipped into her New York City event through the underground garage as protesters outside slammed him for taking money from the fossil fuel industry and urged him to sign onto the liberal environmental platform ‘Green New Deal.’

‘The serious answer is really soon. Before the end of this month,’ said O’Rourke, who became a social media sensation and rising Democrat star with his failed attempt to defeat Sen. Ted Cruz in the 2018 campaign.

O’Rourke also told the queen of confessions that he felt a ‘profound disappointment’ after he let so many supporters down by losing to the Republican senator in November.

He confirmed he spoke with former President Barack Obama about a bid but told Winfrey that Obama advised him to think about the presidential nomination process and how it would affect his family. O’Rourke has three school-aged children with his wife Amy. 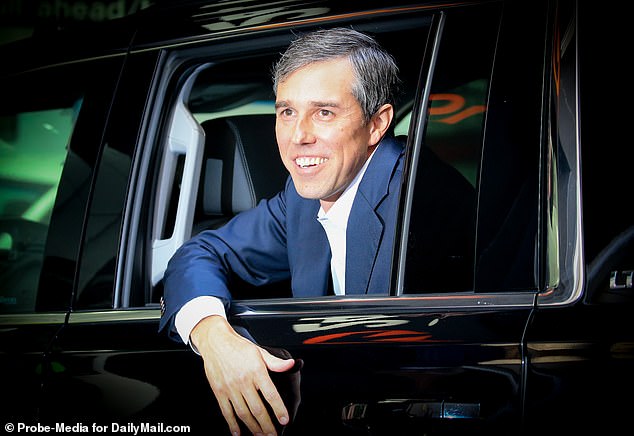 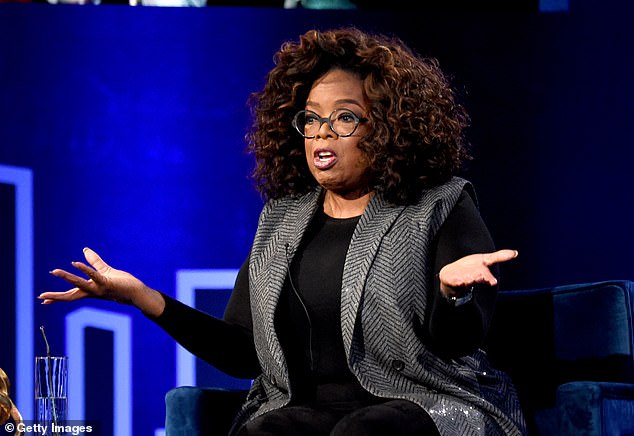 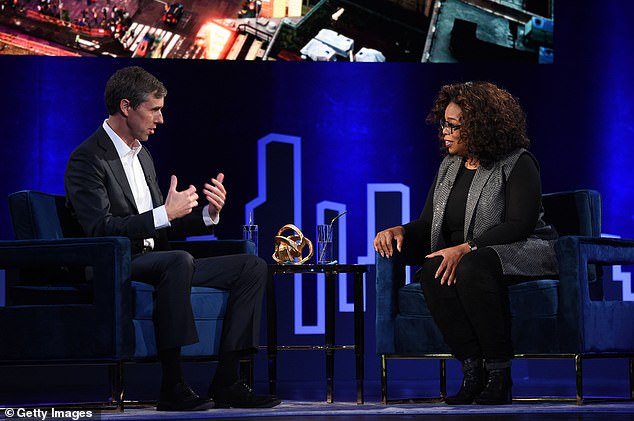 But O’Rourke was smiling when he stuck his head out of his vehicle upon his arrival at the ‘Oprah’s SuperSoul Conversations from Times Square’ event, where he taped a conversation for Winfrey’s O Network along with actors Bradley Cooper and Michael B. Jordan and philanthropist Melinda Gates.

Outside the theater, members of the Sunrise Movement waved protest signs at the former congressman, including ‘No Fossil Fuel Money,’ ‘Green New Deal,’ ‘Hey Beto’ and ‘What’s Your Plan?’

The Sunrise Movement is a coalition of young people uniting to stop the climate crisis.

They support the Green New Deal – a pro-environmental agenda pushed by liberals such as Rep. Alexandria Ocasio-Cortez – and they encourage lawmakers to reject money from the fossil fuel industry.

An O’Rourke spokesperson told the Huffington Post that the former lawmaker is ‘supportive of the concept’ of a Green New Deal.

The platform is supported in some degree by presidential contenders Elizabeth Warren, Bernie Sanders, Cory Booker, and Kamala Harris, meaning it could play a role in the 2020 Democratic primary.

But there’s also anger on the left at donations O’Rourke accepted during his Senate campaign.

Anger flared in December when it was revealed O’Rourke was the Number 2 recipient of donations from the oil and gas industry in the 2018 campaign, as noted by Open Secrets, which tracks money in politics.

O’Rourke received $430,000 from individuals working in the oil and gas industry, according to Sludge, a website that does investigative work on lobbying and money.

He did not take any PAC money in his insurgent campaign against Cruz. 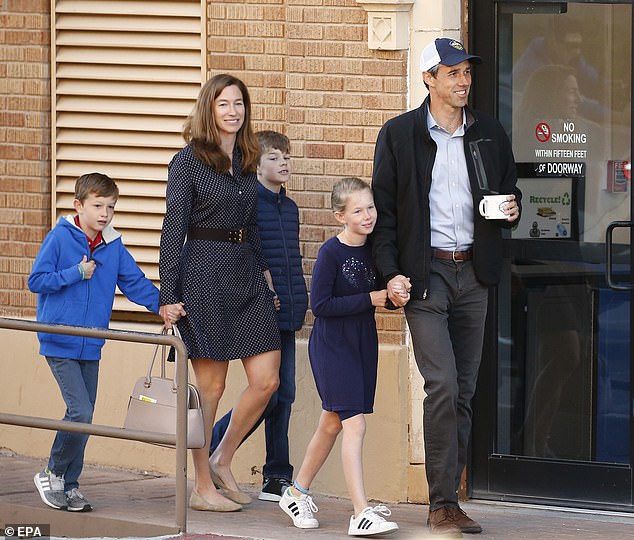 Beto O’Rourke, his wife Amy and their three children on Election Day in 2018

In fact, the number one recipient of oil and gas money was O’Rourke’s Republican rival – Ted Cruz.

The oil and gas industry is huge in Texas and the contributions O’Rourke received were from individuals and not from corporations.

O’Rourke, however, had signed the No Fossil Fuel Money Pledge – a commitment to reject campaign donations over $200 from that industry, including those from individuals and PACs. 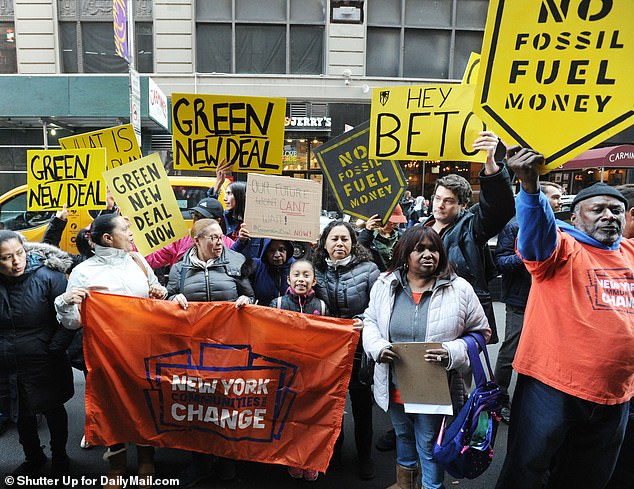 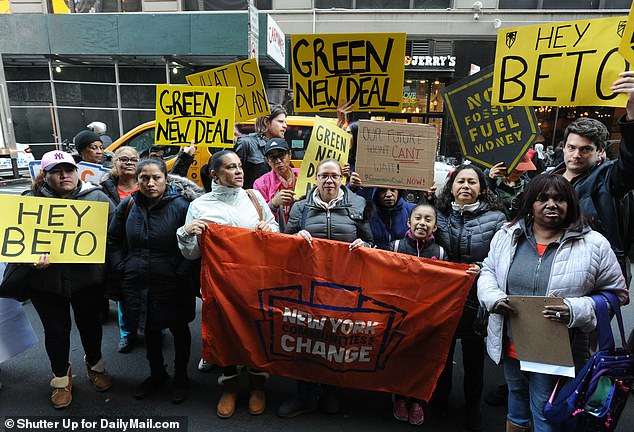 O’Rourke lost to Cruz by a mere three points in their Senate race.

After his defeat, he stepped back from public life and took a road trip through the SouthWest. He has yet to visit any early voting states such as Iowa or New Hampshire, despite invitations from activists there to come by.

His strong showing against Cruz in the red state of Texas and the $80 million he raised for his campaign rocketed him onto the list of possible 2020 contenders.

His youth and energy – although with his ability to raise millions from the national base of supporters he established – makes him a candidate to watch should he pursue the nomination.

So far, Sens. Elizabeth Warren, Kirsten Gillibrand, Cory Booker and Kamala Harris have tossed their hat in the ring for the 2020 Democratic nomination, as has former Housing Secretary Julián Castro.