A former militia member named Alexander Jones, claims that his organization used phony vaccinations in the early 1990s to spread the virus that causes AIDS.

‘We were at war,’ said Jones. ‘Black people in South Africa were the enemy.’ 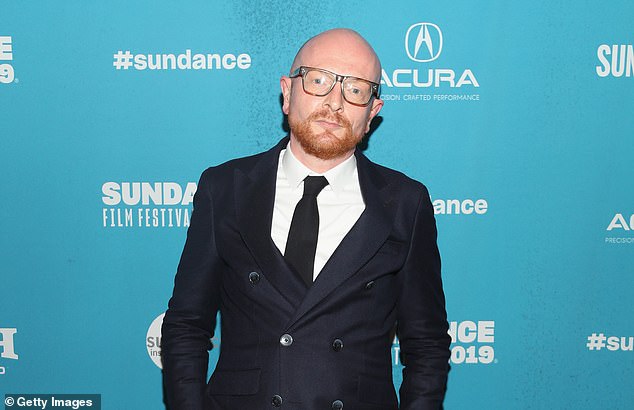 Jones tells the filmmakers he personally visited a facility run by SAIMR that he was certain manufactured HIV to spread to the black population.

Elaborating on his claims, Jones also talks about the leader of SAIMR, Keith Maxwell, a man who appeared to have an obsession with HIV/AIDS, as well as someone who posed as a doctor in clinics all throughout black neighborhoods in South Africa.

‘[South Africa] may well have one man, one vote with a white majority by the year 2000. Religion in its conservative, traditional form will return,’ Maxwell wrote in private papers according to The Guardian. ‘Abortion on demand, abuse of drugs, and the other excesses of the 1960s, 70s and 80s will have no place in the post-Aids world.”’

Maxwell, a man who self-titled himself ‘commodore,’ died in 2006. 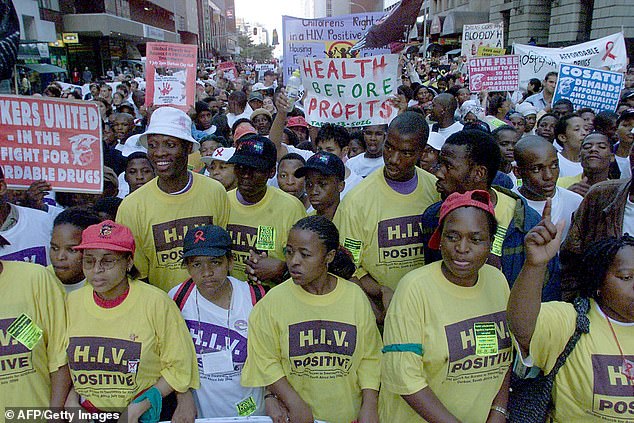 Demonstrators hold banners on July 9, 2000 in the streets of Durban, South Africa, to claim lower priced drugs for AIDS 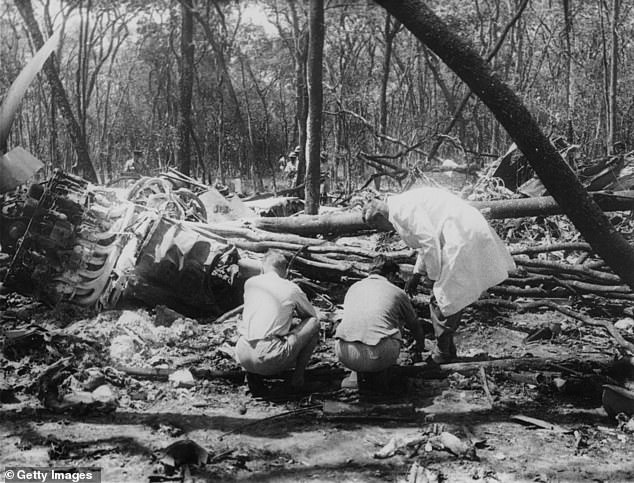 Officials search the crash site after the plane carrying Dag Hammarskjold came down near Ndola in Northern Rhodesia (later Zambia), in September 1961

The documentary was made in an effort to look into the suspicious circumstances around the plane crash that killed Dag Hammarskjold in 1961, and the claim by the shadowy SAIMR militia group that they were behind the assassination with the aid of the CIA and British Intelligence.

For years, the official story on the crash concluded possible pilot error or some other kind of accident caused the DC-6 to crash near Ndola, Northern Rhodesia, in what is currently Zambia, but a UN report noted that it was ‘plausible’ an external attack may have been behind the downing.

However, that particular conspiracy took a backseat to the claims of attempted genocide that raised eyebrows among  the AIDS research community.

‘The probability that they were able to do this is close to zero,’ Dr. Salim S. Abdool Karim, the director of Caprisa, a South African AIDS research facility, said about the medically dubious allegation. 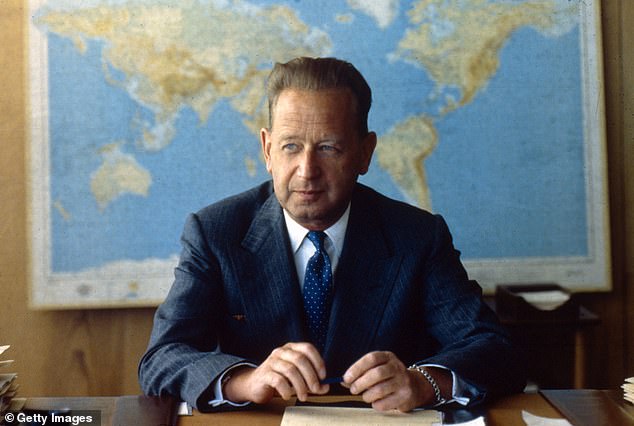 The difficult to handle virus would be challenging to replicate and keep viable for injections even in modern laboratories, with even fewer labs in the 1990s having the capabilities to do so, according to Dr. Karim.

The film by Mads Brügger, who is known as a ‘fabulist’ and ‘provocateur,’ according to the Hollywood Reporter, does admit to being unable to corroborate Jones’ story.

‘One dangerous consequence of these allegations is that they have the potential to sow mistrust and suspicion of doctors and the medical establishment, and that they may confuse people about how HIV is transmitted,’ said Rebecca Hodes, the University of Cape Town’s director of AIDS and Society Research, to the Times.