As a Christian, U.S. Rep. Brett Guthrie worships with a bilingual congregation that shares the gospel with Spanish speakers and feeds the hungry without concern for immigration status.

As a congressman, the Kentucky Republican points to a definite “crisis at the border” and supports President Trump’s push to build a $5.7 billion wall separating the United States from Mexico.

The 54-year-old politician sees no conflict in his dual roles.

“I heard somebody say the other day, ‘We all have to have a heart for what’s going on at the border, but we also have to have a plan,’” Guthrie said in a recent interview, as the federal government partial shutdown that began Dec. 22 dragged on. 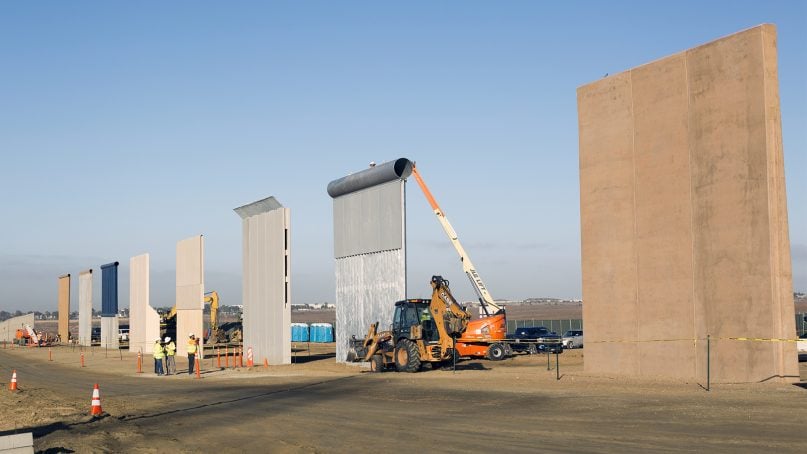 Ground views of different border wall prototypes as they take shape at the wall prototype construction project near the Otay Mesa Port of Entry near San Diego in October 2017. Photo by Mani Albrecht/USCBP/Creative Commons

The Latino ministry of the University Heights Church of Christ in Bowling Green, Ky., drew Guthrie to the downtown congregation, just a few blocks from Western Kentucky University.

“We wanted to give her some opportunity to reach out,” the six-term congressman said of his daughter, a student at Northwestern University in Chicago. “When she’s home, she actually attends the Spanish worship, which is really nice. She’s that fluent in it.”

At the church, Brett Guthrie — who has pledged to forgo his congressional salary during the impasse over the border wall’s funding — is known as a kindhearted servant of God, leaders of the congregation said.

“He is a very dedicated, committed young man,” minister Bob Raby said. “He attends church every time he’s in town. He participates in the worship service when he’s here, leading prayers and doing other things as well.” 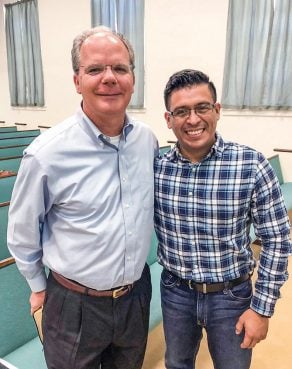 Spanish and English speakers meet separately most Sunday mornings. But the fifth Sunday morning of each month and every Sunday night, they join together to sing, pray and study the Bible in both languages.

A typical Sunday brings a combined crowd of about 65 souls, many of them immigrants and refugees, including a sizable contingent of Cubans, Raby said.

Luis Betanco, a native of León, Nicaragua, and a graduate of the Baxter Institute, a ministry training school in Tegucigalpa, Honduras, preaches for the Latino group.