Roe v. Wade May Be in Peril, but Future of the Anti-Abortion Movement Is Unclear

For 45 years, thousands of activists have descended on the nation’s capital each January as they will Friday (Jan. 18) to participate in the March for Life. The event now takes up much of a winter weekend, during which activists decry abortion and call on the Supreme Court to reverse Roe v. Wade, the landmark 1973 decision that made the procedure legal in all 50 states.

This year, however, the march will have more of the feel of a victory party. Advocates and legal scholars say that for arguably the first time since 1973, undoing Roe isn’t just a dream of anti-abortion activists and the faith-based groups that back them — it’s likely to happen in some form.

Mary Ziegler, a legal history professor at Florida State University Law School and author of two bookson Roe, said she and others have been predicting the eventual dismantling of the abortion ruling since Justice Anthony Kennedy announced his retirement in June 2018. 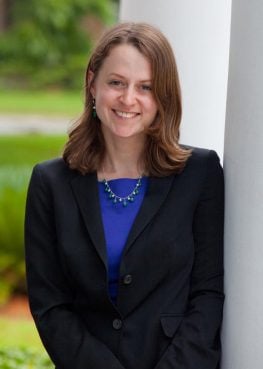 “Historians have been predicting that the court would go slowly and scale back on abortion rights or dismantle them altogether,” she said, noting that predictions of Roe’s undoing accelerated a few months later when the balance of the Supreme Court tipped conservative after the appointment of Justice Brett Kavanaugh.

Less clear is what this possible dismantling will look like, how long it will take and what happens afterward.

Shortly after news of Kennedy’s departure broke, CNN legal analyst Jeffrey Toobin tweeted that “Abortion will be illegal in twenty states in 18 months.” But other observers have outlined a number of different scenarios for Roe’s future, ranging from outright prohibition of abortion to a more incremental expansion of abortion restrictions.

No matter how it chooses to proceed, Ziegler said, the court will probably take its time. The justices, especially Chief Justice John Roberts, are at pains to protect their image as a nonpartisan branch of government in the aftermath of Kavanaugh’s contentious confirmation process and President Trump’s lambasting of federal judges.

“Justice Roberts has made it pretty clear that he values what he calls the ‘court’s legitimacy,’” Ziegler said. “I think the ‘how’ of what happens to Roe is pretty important to him, and it would look pretty partisan if you have Kavanaugh calling out Democrats in his confirmation hearing … and then you have the court overturning Roe in a matter of months.”

She added: “They’ve done nothing to signal that that’s the direction they’re heading toward quickly.”

Abortion opponents are also facing difficulties in the court of public opinion.

Recent polling shows that most Americans oppose overturning Roe, at least directly. In July, an NBC News/Wall Street Journal survey found that 71 percent of Americans — and a majority of Republicans (52 percent) — say they oppose reversing the decision. That’s a record high since NBC/WSJ began polling on the subject in 1989.

Meanwhile, a separate NBC/WSJ March 2018 poll listed abortion provider Planned Parenthood as the second most popular political institution in the country, just behind the FBI.

But Rachel Sussman, national director of state policy and advocacy for the Planned Parenthood Action Fund, is concerned that anti-abortion advocates will use lawsuits to overcome popular support for Roe.

“There have been over 400 anti-abortion measures passed at the state level since 2011,” Sussman said in an email. “At the federal level, Brett Kavanaugh’s appointment to the Supreme Court and the Trump-Pence administration’s agenda represent very real threats to safe, legal abortion,” despite what she said were clear indications that Americans favored Roe’s precepts. “Results from the 2018 midterm elections made clear that voters want elected officials who will expand access to health care, not restrict it,” she said.

Sussman also noted that state legislatures in conservative-leaning states will be emboldened if the courts chip away at abortion rights.