A little-known theologian who mentored the Rev. Martin Luther King Jr. is the subject of a new documentary that highlights the influence the older man had on a range of civil rights leaders.

“Backs Against the Wall: The Howard Thurman Story,” a 55-minute film, highlights how King’s work and mission were shaped by the African-American mystic, theologian and prolific writer.

The film’s director, Martin Doblmeier, said that when King arrived at Boston University as a doctor of theology student, he was already aware of Thurman. Thurman, who was on the faculty at the university and served as dean of its chapel, had attended Morehouse College with King’s father, Martin Luther King Sr. 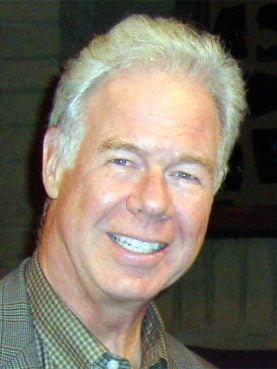 “What’s most important, I think, historically is not just the personal friendship but the fact that Martin Luther King Jr. would come and sit in those homilies and those lectures that Howard Thurman gave,” said Doblmeier. “He took voluminous notes because he really did believe that Howard Thurman had a lot to say and then would go on oftentimes and quote Howard Thurman in his speeches over the course of the next many years.”

The documentary is set to begin broadcasting on PBS television stations on Feb. 1 and to air on the World Channel on Feb. 8 at 9 p.m. ET.

It is the first of a planned trilogy of documentaries Doblmeier’s Journey Films is making about religious social activists, including Catholic Worker Movement leader Dorothy Day and rabbi and theologian Abraham Joshua Heschel.

The title of the Thurman film comes from a phrase Thurman, who died at 81 in 1981, used to describe oppressed people, including African-Americans, and how Christianity could speak to them.

“I would have to find out what was the word that the religion of Jesus had to say to the man with his back against the wall,” Thurman said in a clip from a BBC interview shown in the documentary.

King is said to have carried Thurman’s 1949 book “Jesus and the Disinherited” with him in his travels. It was Thurman’s explanation of his theology to uplift the oppressed.

Thurman emphasized the inherent worth and dignity of all people, often recounting a sermon of a slave preacher his grandmother recalled hearing who told his congregation they were God’s children and not slaves. King later recounted the anecdote in a sermon at his Dexter Avenue Baptist Church in Montgomery, Ala.