Six years ago, when Irene Grossman purchased her home in Talbiyeh, an upscale neighborhood in central Jerusalem, she knew the Greek Orthodox Church owned the land.

But she never dreamed that the church – the second largest landowner in the country after the Israeli government — would secretly sell the land out from under her.

Like thousands of Israeli property owners, Grossman believed that the church, which in 1950 leased the land to the Keren Kayemeth LeIsrael-Jewish National Fund, a Jewish land-procurement agency, would renew the lease once it expired in 2051. 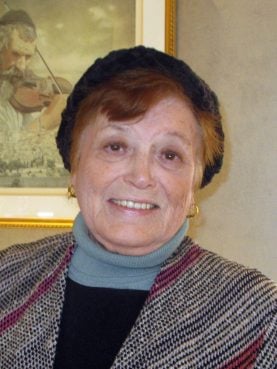 Instead, the financially strapped church quietly sold the land two years ago to a group of private investors who, Grossman said, are now asking homeowners to shell out “large” sums of money to buy the land under their properties outright.

“Property prices are down,” said Grossman, because buyers are deterred by the uncertainty of the situation. Grossman heads a group called Citizens Property Rights that is trying to find a solution for approximately 1,100 homeowners affected by the sale.

The sale of church-owned land is a hot-button topic in Israel, where private homes, hotels and even the Israeli parliament stand on parcels that various churches leased to them decades ago.

Some Palestinians in east Jerusalem are in a similar bind; others accuse the churches of selling land to Jewish investors who, they believe, are seeking to strengthen Israel’s foothold in predominantly Arab east Jerusalem, which Palestinians hope will be the capital of their future state.

While no one denies that the churches have the right to sell their property, many have questioned the lack of transparency surrounding the transactions from both the church and KKL-JNF.

An investigation by the newspaper Haaretz found that in one transaction, the Greek Orthodox Church sold more than 200 apartments, a commercial center and undeveloped land for a mere $3.3 million to an anonymous foreign company registered in a tax shelter. A single apartment in Jerusalem typically costs hundreds of thousands of dollars. 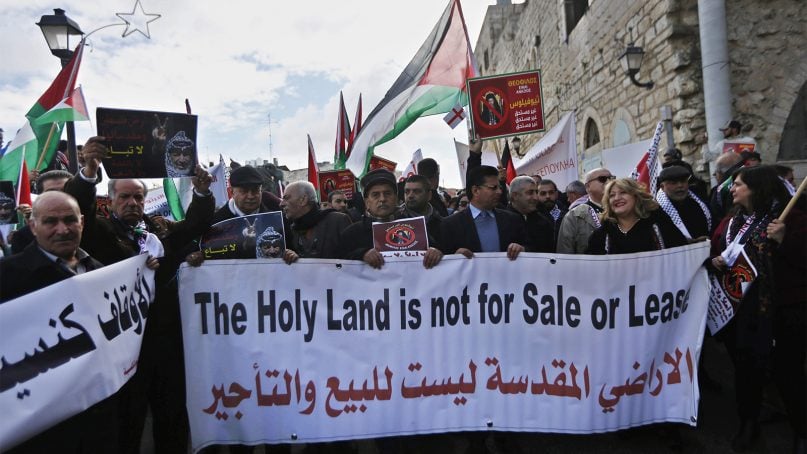 Palestinian demonstrators protest against the visit of Greek Orthodox Patriarch of Jerusalem Theophilos III to the Church of the Nativity, in the West Bank city of Bethlehem, on Jan. 6, 2018. Palestinians have been demanding his resignation for allegedly selling church land to Israelis in sweetheart deals. (AP Photo/Majdi Mohammed)

“In a few decades, when the existing leases for those lands expire, their fate will be determined by those unknown purchasers,” the newspaper noted.

Although Israeli lawmakers have put forth legislation that would invalidate church land sales and nationalize the property, Prime Minister Benjamin Netanyahu has thwarted such attempts after an outcry from Holy Land church leaders, who insist the transactions are legal.

The proposed legislation, and attempts by the Jerusalem municipality to tax church property, spurred church officials to temporarily shutter the Church of the Holy Sepulchre last February in protest.

While most local Christians publicly support their churches, privately they have deep reservations about how the sales are being conducted, and why.

“Our Christian communities are furious,” said Wadie Abunassar, a Christian activist, citing the secrecy with which the deals were handled and how the money is being spent afterward.