Before he was arrested in April, Anatoly Vilitkevich often went door to door in his hometown, proselytizing and passing out literature inviting strangers to join his church. On April 10, masked police officers armed with automatic weapons arrested the 32-year-old handyman at the apartment he shares with his wife, Alyona, in Ufa, in central Russia. They advised him to bring warm clothes.

“They said he wouldn’t be coming home again,” said Alyona Vilitkevich. His sole crime under Russian law was doing what Jehovah’s Witnesses are known for the world over.

But lately Vilitkevich’s family has cause for hope. Last month, while meeting with human rights defenders, Russian President Vladimir Putin called assertions that Jehovah’s Witnesses had been classified as members of a terrorist, or even destructive, organization “complete nonsense.”

“Jehovah’s Witnesses are Christians too. I don’t quite understand why they are persecuted,” Putin said. “So this should be looked into. This must be done.”

While his critics claim it was impossible that Putin did not know the scope of the crackdown against the Jehovah’s Witnesses — not least because Angela Merkel, the German chancellor, raised the issue with him during a visit to Moscow in 2017 — Kremlin watchers said the president’s comments could spell the end of a two-year-long persecution of Jehovah’s Witnesses in Russia. 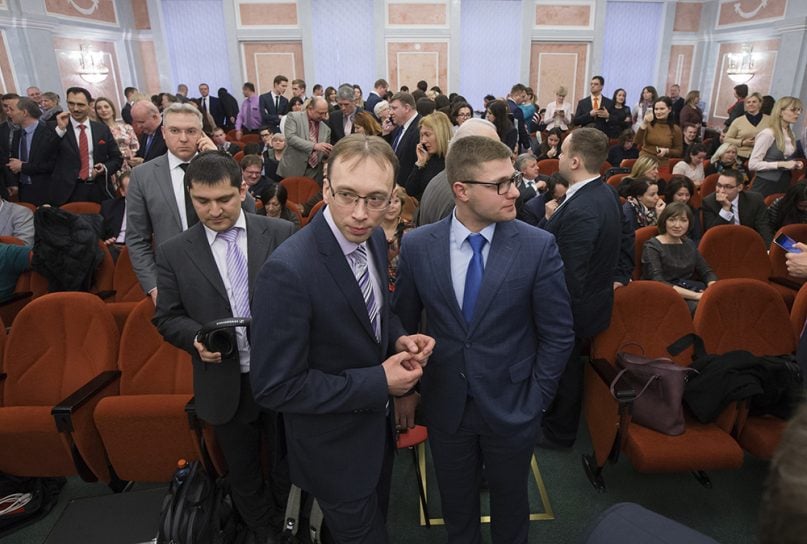 Members of Jehovah’s Witnesses wait in a courtroom in Moscow on April 20, 2017. Russia’s Supreme Court banned the Jehovah’s Witnesses from operating in the country, accepting a request from the justice ministry that the religious organization be considered an extremist group, ordering closure of the group’s Russia headquarters and its 395 local chapters, as well as the seizure of its property. (AP Photo/Ivan Sekretarev)

Shortly after Putin’s statement, Arkadya Akopyan, a 70-year-old man from Kabardino-Balkaria, a region in southern Russia, was sentenced to 120 hours of community service after being charged with commissioning people to distribute “extremist” Jehovah’s Witness literature. He had faced up to six years in prison.

The Vilitkeviches have both been Jehovah’s Witnesses since the 1990s, when the breakup of the officially atheist Soviet Union saw an influx of new religious beliefs to Russia. But as Russia’s relations with the West collapsed after the Kremlin’s annexation of Crimea from Ukraine in 2014, Moscow began to target “foreign” religions. In July 2016, Putin approved legislation that outlawed the Church of Jesus Christ of Latter-day Saints and Baptists’ missionary work.

There was a further escalation in April 2017, when a Russian Supreme Court ruling classified the Jehovah’s Witnesses as an “extremist organization.” The decision put the country’s 170,000 members of what is officially a pacifist Christian denomination on a par with the Islamic State militant group and neo-Nazi movements. 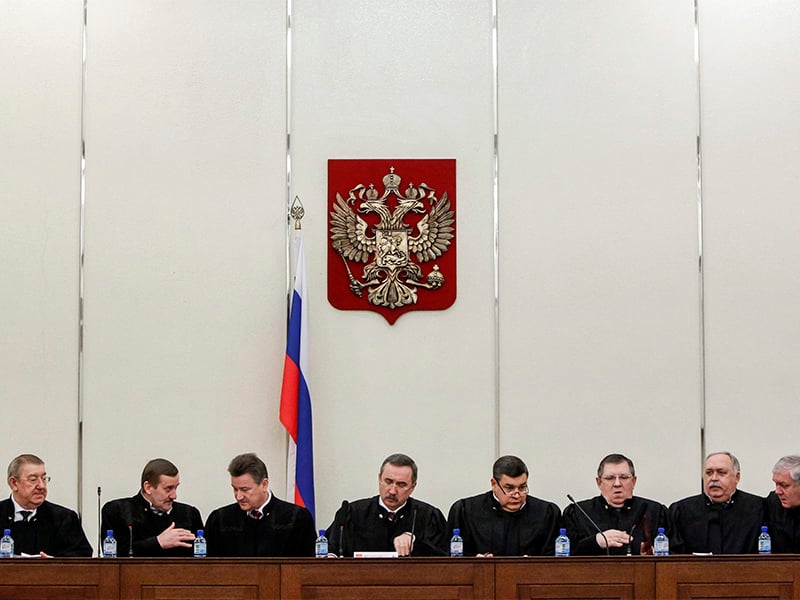 Judges of Russia’s Supreme Court attend a hearing in Moscow on Jan. 23, 2014. Photo by Maxim Shemetov/Reuters

In its ruling, the Supreme Court was responding to Justice Ministry attorneys who alleged that the Christian group posed a threat to “public order and public security,” although they did not specify how. Russian government officials also accused the Jehovah’s Witnesses of preaching the “exclusivity and supremacy” of their beliefs.

Since then, the government has closed Jehovah’s Witness prayer halls, confiscated the group’s property and banned its translation of the Bible, which uses the word “Jehovah” in place of “God” or “Lord.” Analysts at the United Nations warned that the Supreme Court ruling signaled a “dark future” for religious freedom in Russia.