Bruce Springsteen’s one-man show on Broadway, which recently ended its run at the Walter Kerr Theatre and is now available on Netflix, doesn’t depend much on suspense. Devoted fans know his story from reading his autobiography, “Born to Run,” on which the show is based; the rest have glimpsed it in his songs of redemption, of pulling up roots, of breaking free, of a young man’s desire for something more than what the streets of central New Jersey had to offer him.

No Springsteen fan would be surprised that he ended the show with a rousing acoustic rendition of the iconic song “Born to Run.” He has been playing this anthem virtually every night for 40 years. It’s the prelude to his rock ’n’ roll legend, before he was “sprung from cages on Highway 9.”

What will catch even many Springsteen fans off guard, including me as I sat in the balcony at the Walter Kerr Theatre last year, is the setup to this finale. Before he launches into his signature song, the Boss leads his Broadway congregation in the Lord’s Prayer — a reminder that he continues to be formed by his Catholic upbringing in the working-class precincts of Freehold, N.J. 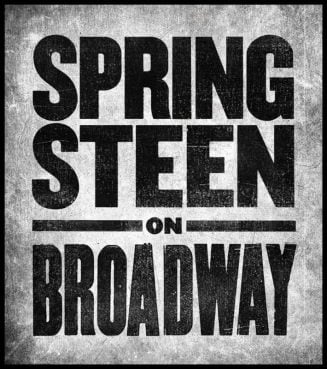 Springsteen’s show is saturated with references to the Catholic God. He describes his childhood home as “spitting distance” from St. Rose of Lima Church, the parish that shaped the daily rhythms of his boyhood. He “literally grew up surrounded by God,” he said, but he was also one of St. Rose’s “unwilling disciples.”

His real salvation, at least as he tells the story, came from watching Elvis Presley perform on the Ed Sullivan Show in 1956. His “staff of righteousness” was his guitar.

Yet, as Springsteen knows all too well, escaping a Catholic past in the Irish and Italian enclaves of working-class New Jersey is not easy. “You know what they say about Catholics … there’s no getting out … (the priests and nuns) did their work hard and they did it well.”

Springsteen understands that the past often has its way with us — shaping us, haunting us, defining us, motivating us and empowering us. Like a priest conducting Mass, he asks the audience to receive the Lord’s Prayer as a “benediction” — perhaps a final blessing from a music legend who was never quite able to outrun the sound of the church bells.