Somali Christians Worship in Secret Due to Fear of al-Shabab

MOGADISHU, Somalia (RNS) — In a small single-room house in the Banaadir district of Somalia, dozens of Christians worship in secret out of fear of persecution in a country where no official churches exist.

They sing, dance and testify — though not as exuberantly as in Christian services held in other African nations.

“I thank you, Jesus, for giving me this opportunity to worship you,” said a man wearing a red cap as he stood among the other congregants. “Protect my family and all Christians around the world. We know and believe that, Jesus, you are the lion of Judah who can defeat our enemies.”

Another woman wearing a blue dress and holding her Bible prayed to herself.

“I give thanks to Jesus Christ for saving me from attacks and not being hit in the explosions,” she said.

Hundreds of Christians in Somalia, typically foreigners from nearby countries who work across the East African nation, fear Muslim extremists — both jihadists in al-Shabab, a group linked to al-Qaida, and rogue elements among their otherwise peaceful neighbors — would kill them if they knew they held Christian services.

Around 99.8 percent of Somalis are Muslim, according to the World Bank. 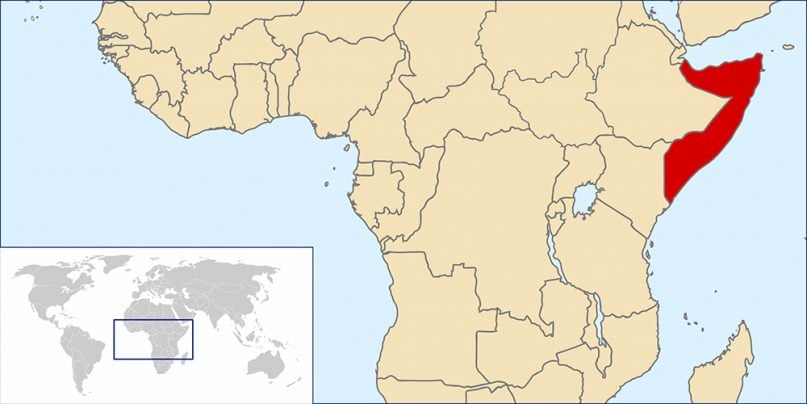 “We meet secretly in one of our houses and pray,” said Pastor John, who asked that his real name not be used out of fear for his security. “It’s always a normal service but there’s no shouting and singing loudly. The people around here are not friendly, especially when they discover you are a serious Christian.”

John, who is a Kenyan pastor and a building contractor, has been working in Mogadishu for the last five years. Among his congregants are a few Somali converts who also live in fear in their own country for choosing Christianity.

“It’s very dangerous for anyone to identify you as a Christian in this country. You will, in fact, be counting your days on Earth,” said John, adding that he stayed in the country to spread the gospel and earn a paycheck. “So we are always silent as long as we meet and share the word of God in private. But we have always trusted Jesus for protection as the Bible says.”