The evangelical movement known as Red Letter Christians, still a relatively little-known, left-leaning counter to the Christian right in the United States, is breaking new ground at the invitation of Christian activists in Britain. Next summer, the group’s founders will help launch a new branch of the movement in the U.K.

Named for its stated commitment to living out the radical social justice message of Jesus — its name is derived from the practice of printing Jesus’ words in red in many American Bibles — Red Letter Christians was formed in 2007 by Tony Campolo, a liberal evangelical writer and professor of sociology at Eastern University in Philadelphia, and Shane Claiborne, the leader of a communal Christian group, also in Philadelphia, called the Simple Way.

The two men already reach a British audience through a radio program, Across the Pond, which is broadcast every week by Premier Christian Radio.

Plans to expand their presence in Britain took shape just before Christmas, as Campolo and Red Letter Christians’ executive director, Don Golden, joined a group of 40 Christian activists at a retreat center in the Peak District in central England. The two were invited by Ash Barker, a 49-year-old Australian who first heard Campolo speak when Barker was 18.

Campolo’s words inspired him, Barker said, to spend 25 years working in inner-city Melbourne and another 12 living in a slum in Bangkok, Thailand. Four years ago, Barker came to England to run a ministerial training center in Birmingham. 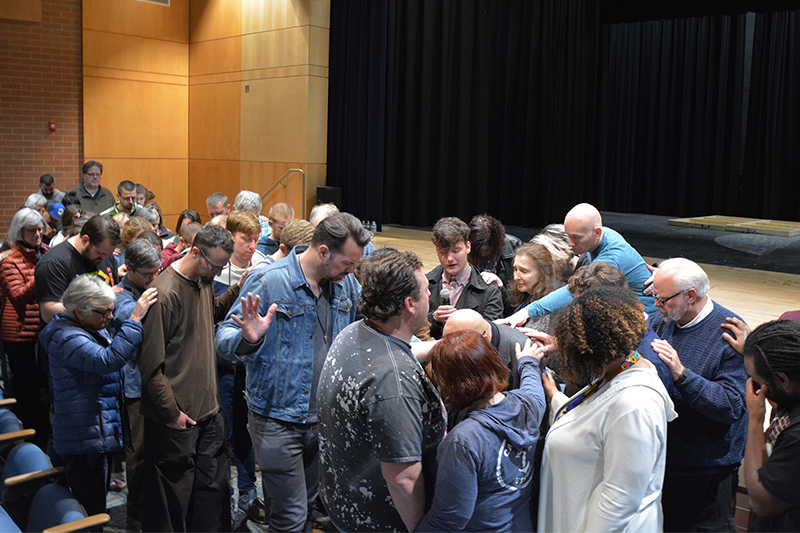 The Red Letter Christians, unlike most prominent U.S. evangelicals, have been vocal in their criticism of Donald Trump. In 2018 the group issued a challenge to two of the president’s most ardent fans, Jerry Falwell Jr. and Robert Jeffress, by holding “revivals” in their home cities of Lynchburg, Va., and Dallas.

“There’s a sense that Christianity has been hijacked and given a cultural meaning that doesn’t come close to what Jesus was talking about,” Campolo told Religion News Service.

“There are so many resonances between the work of Red Letter Christians and activists here that it hasn’t been difficult to get a core group together to instigate the movement in the U.K.,” said Barker. “We’re just looking forward to seeing what God will do with us.”

Plans for the U.K. launch will include rallies in major British cities including London, Manchester and Edinburgh.

The Rev. Ian Paul, an Anglican priest and member of the Church of England’s General Synod, says he’s concerned that bringing the Red Letter Christians to the country could increase divisions between Christians in Britain, which so far have been generally less acute than in the U.S.