Carrie Underwood showed off her class Monday morning when she resisted taking the bait after a sports news producer insulted her music.

Carrie, 35, saw the offending tweet and responded, ‘I know my music isn’t for everyone, but I love what I do and I love being a part of @SNFonNBC!’ 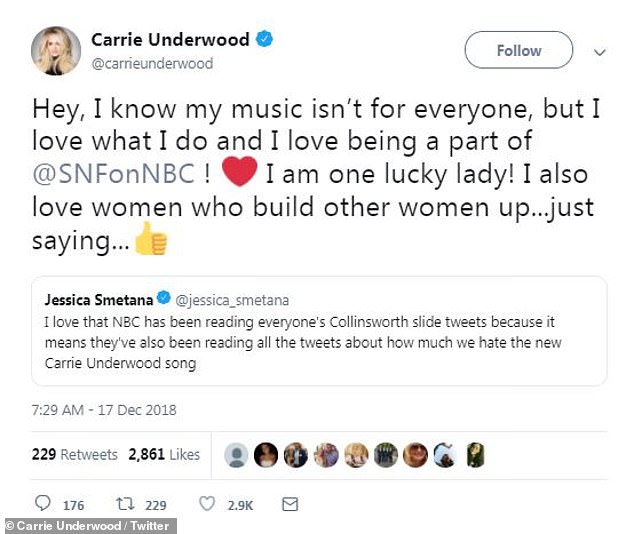 Taking it in stride: Carrie, 35, saw the offending tweet and shared her response

The online spat began after NBC’s Sunday Night Football account started tweeting about its anchor Chris Collins and his habit of sliding his chair into shots.

In her response, Carrie said, ‘I also love women who build other women up…just saying…’ 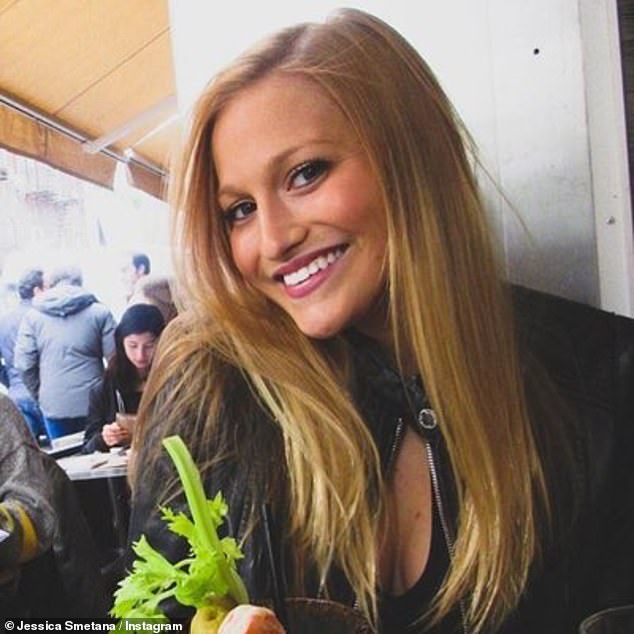 Not a fan: The online spat began after NBC’s Sunday Night Football account started tweeting about its anchor Chris Collins and his habit of sliding his chair into shots; Jessica pictured 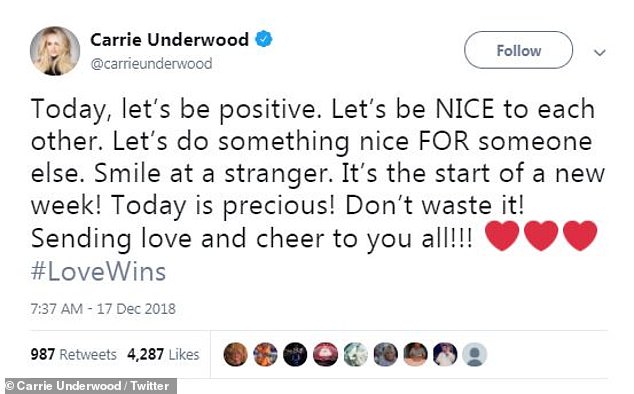 The song has been tweaked periodically, with a more dramatic makeover this year.

The Sunday Night Football song has been a perennial target for mockery. From 2007 to 2013, country singer Faith Hill was responsible for the theme song, which resulted in parodies from SNL, 30 Rock and South Park. 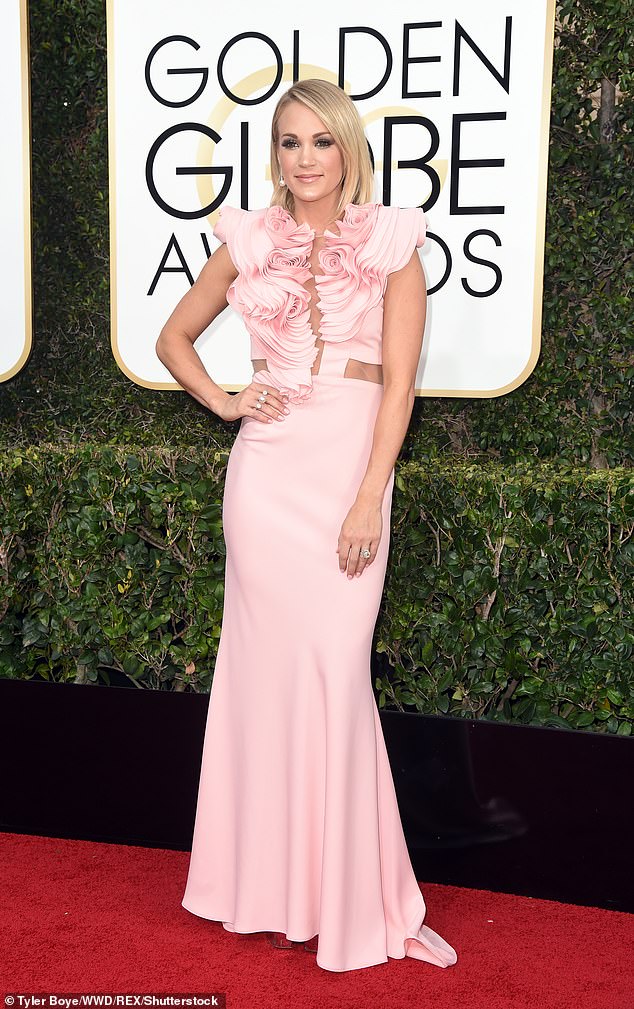 Pretty in Pink: Carrie has produced Sunday Night Football’s theme song and an accompanying music video since 2013; Carrie is seen here at the Golden Globe awards in 2017

Controversy around football theme songs isn’t even relegated to NBC’s broadcast. Singer Hank Williams Jr. was removed as the singer for ABC’s Monday Night Football after comparing President Barack Obama to Adolf Hitler. He later claimed the former President was a Muslim, though ABC invited him back in 2017.

The reaction to Carrie’s new song is another blow after her most recent album was shut out of the Grammy Awards nominations.

She’s still an important part of the country music scene though. She and guitarist Brad Paisley hosted the 52nd Annual Country Music Association Awards in November.

The country sensation announced in August that she was pregnant with her second child after suffering three miscarriages.