A teacher was criticized for circulating a letter warning students against having ‘large Afros or other outlandish’ hairstyles for an upcoming music performance.

Reeves, who is black, was hired in August and his listed educational background says he has a masters degree and five years of experience. 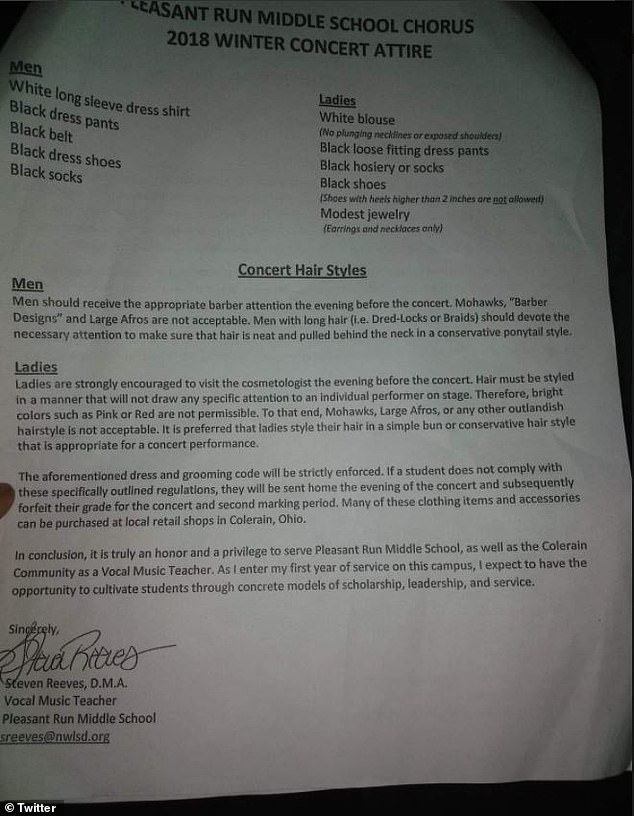 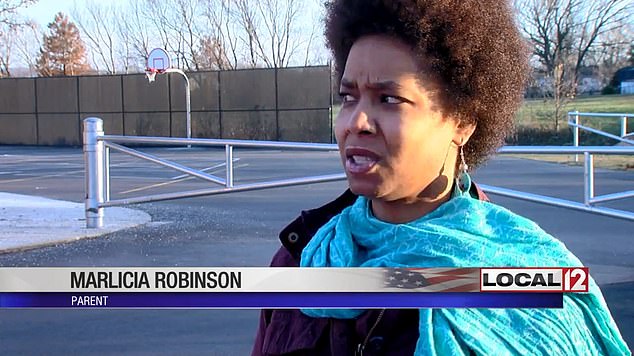 Marlicia Robinson, whose daughter is in the choir, expressed disappointment about the letter

The letter instructed boys that they should ‘receive appropriate barber attention’ the evening before the concert.

‘Men with long hair (i.e. Dreadlocks or Braids) should devote the necessary attention to make sure that hair is neat and pulled behind the neck in a conservative ponytail style’.

In the letter which was given to parents, girls were ‘strongly encouraged to visit the cosmetologist’ the evening before the concert.

It added: ‘Hair must be styled in a manner that will not draw any specific attention to an individual performer on stage.

‘Therefore bright colors such as pink or red are not permissible’.

Marlicia Robinson, whose daughter is in the choir, expressed disappointment about the letter, which was posted hundreds of times on Facebook and other social media channels over the weekend.

She told Local12: ‘Them sending home something like this is sending a message that it’s not okay to show up in our natural state.

‘My daughter wears an afro to school on a regular basis. That’s her regular hair style, she has a lot of hair.

‘It’s going to be large. That’s just what her hair does, that’s what our hair does as black people’. 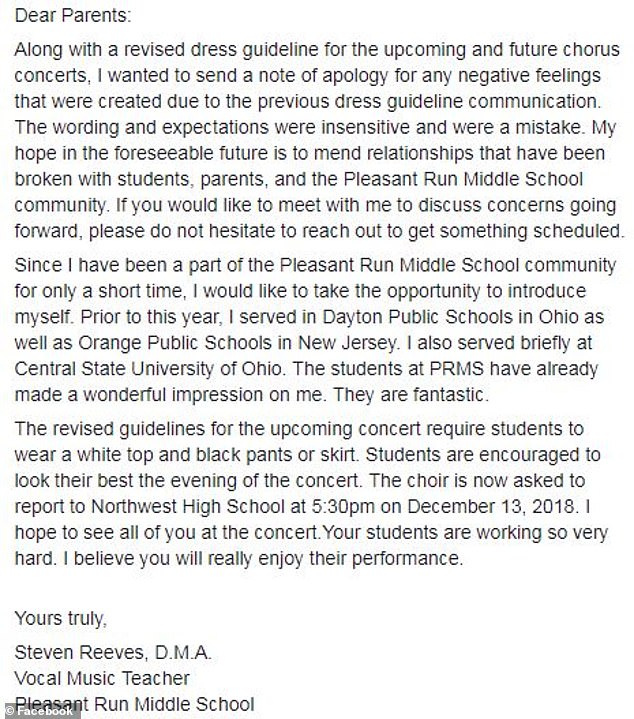 He also wanted students to wear white shirts or blouses with black pants.

Students were warned they could be sent home and that their grades would be affected, if they didn’t follow the guidelines he laid out.

‘I think that it’s his first year, he’s a black teacher and I just think he didn’t want to rock the boat,’ Robinson added.

Pleasant Run Middle School apologized in a tweet on Saturday, saying the letter wasn’t approved by its administration and ‘does not reflect our views at all’.

It added that guidelines for the concert ‘will be in alignment with prior years’.

In a post on the Northwest School District Facebook page, Reeves apologized for the letter and promised a new set of guidelines would be sent out on Monday.

He said: ‘I wanted to send a note of apology for any negative feelings that were created due to the previous dress guideline communication.

‘The wording and expectations were insensitive and were a mistake. My hope in the foreseeable future is to mend relationships that have been broken with students, parents, and the Pleasant Run Middle School community.

He added: ‘If you would like to meet with me to discuss concerns going forward, please do not hesitate to reach out to get something scheduled.’

Northwest Local School District also apologized for the frustration the original language caused or breakdown in relationship that resulted from the original set of guidelines.

It added: ‘The original student presentation guidelines were not approved and not reflective of how we feel in any way’.