Venus Williams Reaches a Settlement with Family of 78-Year-Old Passenger who Was Killed When the Tennis Star was T-boned by His Wife, who Was Driving Their Vehicle, who Then Sued Her for Causing Husband’s ‘Wrongful Death’

Venus Williams has reached a settlement with the family of a man killed in a Florida car crash she was involved in last year.

TMZ reports that 78-year-old Jerome Barson’s estate and the tennis pro reached an agreement for an undisclosed amount in the wrongful death lawsuit last week.

Barson’s wife was driving a sedan that T-boned with Williams’ SUV after the 37-year-old was forced to stop in an intersection.

Barson died 13 days after the crash, but neither driver was charged as police determined both had the right of way. 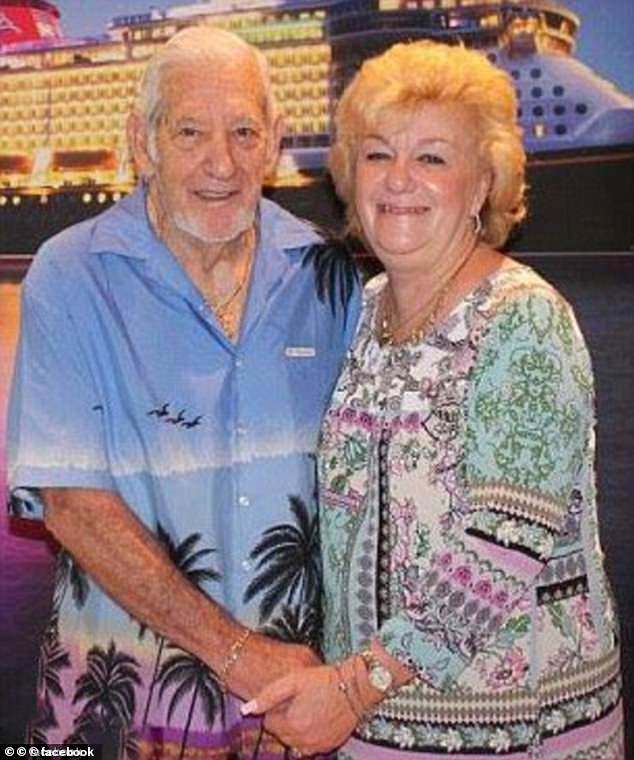 Jerome Barson (left) died after the sedan his wife Linda (right) was driving T-boned Venus Williams’ SUV in an intersection near the tennis pro’s home in Palm Beach on June 9, 2017

Police had initially said Williams was to blame for the crash because she failed to yield the right-of-way.

At the time, Williams told police she was trying to get across the junction but traffic was backed up and she had to slow down to a crawl, leaving her stranded in the middle of the junction as the light turned green in Barson’s direction.

The late Jerome Barson was initially hospitalized for serious head injuries after the crash. His wife Linda was taken to hospital with injuries including a cracked sternum and multiple broken bones.

Photos from the crash scene show the Barsons’ vehicle crashed on the side of the road, with the front of their 2016 Hyundai Accent completely crumpled in on itself.

The airbags appear to have deployed in the front, and the back windows are shattered.

The Barson family’s wrongful death suit filed less than a month after the crash sought unspecified damages for loss of companionship for both Linda Barson and their family, loss of earnings, pain and suffering, and medical and funeral expenses.

Both parties reportedly paid their own attorneys’ fees. 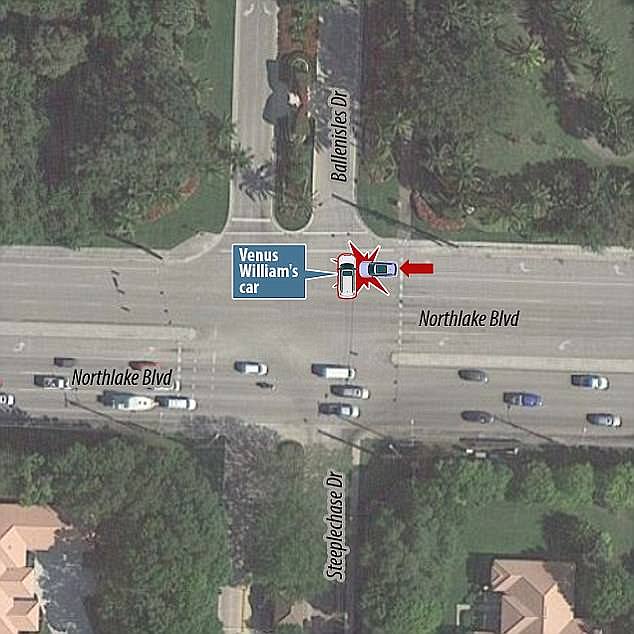 Williams told police she was trying to get across the junction but traffic was backed up and she had to slow down to a crawl, leaving her stranded in the middle of the junction 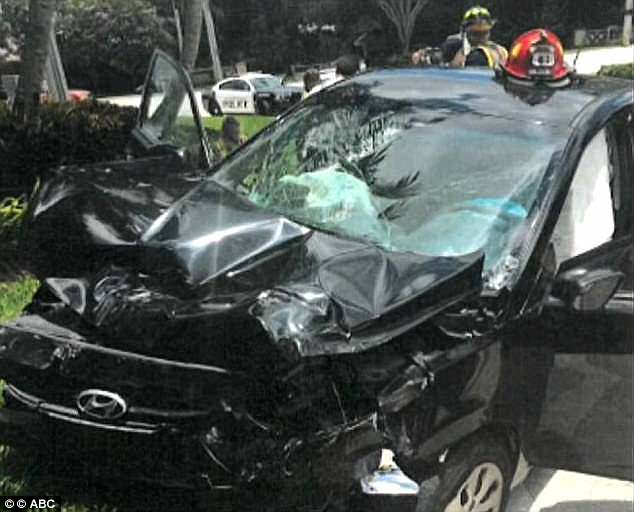 Over the summer Barson’s estate filed a motion to subpoena all phone devices Williams had in her possession at the time of the crash, claiming she was using one shortly before it occurred.

Williams denied access to her devices and called the request a ‘wild goose chase’, arguing that handing over her cell would allow ‘unfettered and unlimited access to anything and everything on her phone.’

According to court records, the plaintiff’s motion for forensic inspection was approved by a judge on August 31.

A filing stipulates that Williams could pick an expert of her own choosing to complete the probe no later than October 8.

However, 10 days later, the Barson estate filed a proposal for a settlement, which was reached on November 15.

Williams had previously pointed out that the family made no suggestion that she was on her cell phone at the time of the incident in their court filing, but instead referenced background data usage on the device.

AT&T provided records which showed that during the one hour period commencing at 12.27pm, Venus’ phone uploaded 881,646 bytes of data and downloaded 4,292,331 bytes of data.

Additionally, during the one hour period commencing at 12.46 pm, Venus uploaded 12,424 bytes of date and downloaded 11,204 bytes of data.