The gunman who massacred 12 people at a country music bar in southern California on Wednesday night has been identified as an highly decorated ex-Marine.

Ian Long, 28, opened fire on the Borderline Bar and Grill in Thousand Oaks at 11.20pm. Long had been cleared by mental health experts after an incident in his home in April, sheriffs revealed on Thursday morning.

He killed 11 people inside the bar and one of the first cops on the scene before taking his own life. 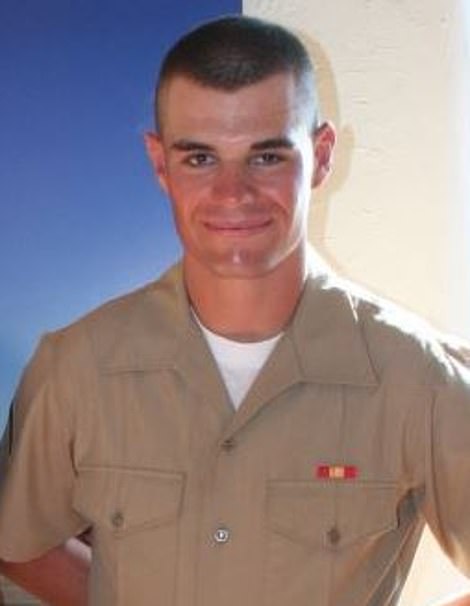 Long’s motive remains unclear but neighbors say he was known to suffer PTSD. He served in the Marines for five years between 2008 and 2013, during which time he was awarded 10 medals and toured Afghanistan.

Survivors from the shooting said he looked ‘like he knew what he was doing’ as he repeatedly fired his legally purchased Glock .45 handgun on Wednesday night.

As dozens ran for their lives, hid beneath pool tables and used bar stools to shatter the windows to escape, Long continued firing and also threw smoke grenades to confuse the crowds.

When the first police officers arrived at the scene three minutes later, Long shot one of them multiple times before shooting himself.

By the time SWAT teams arrived, he was dead. His body was found in an office inside the bar. The sheriff’s sergeant who was shot later died in hospital. He was Ron Helus, a 29-year veteran.

In total, 13 are dead; 11 people who were killed inside the bar, the sheriff’s sergeant and the gunman. Long is a former Marine who lived in nearby Newbury Park.

In April this year, deputies were called to his home amid reports of a disturbance.  He was acting ‘irrationally’ and was ‘irate’ so police called in their mental health specialist. They cleared him, deciding against having him committed, and left him at the home.