Megyn Kelly will likely be a free agent after her lawyer and NBC executives finalize an exit deal in the coming days. Friday, the network confirmed her 9 am hour would never air again and would instead be back-filled by other Today talent.

Rumors of a possible return to Fox News were firmly shot down by an informed and high-level source at her former network on Friday, who told DailyMail.com that Kelly ‘is not coming back to any of the Fox News platforms.’

A Fox News publicist insinuated on the record earlier this week that there was no place for Kelly at the moment. ‘We are extremely happy with our entire line-up.’

That will be sad news for a few of her former co-workers, with Geraldo Rivera having shown his support earlier in the day by tweeting: ‘Since she’s made an apparently heartfelt apology for grossly misguided remarks, how about showing some mercy to an otherwise good person? Hope she comes back to Fox.’

Adding to the support was Fox News’ meteorologist Janice Dean who also weighed in on Twitter, writing: ‘My friend Megyn Kelly is not a racist. Those close to her know her heart. She’s a good person, a wonderful mom, wife, sister, friend and human being. She didn’t deserve this.’

DailyMail.com reported earlier this week that Kelly’s former reps at CAA had been calling networks in hopes of finding a possible home for Kelly.

That did not play out well however, with one network source stating:  ‘We wouldn’t hire her in a million years. She’s toxic and her personal brand is finished.’

An insider at CAA confirmed that those calls were being made, stating: ‘There have been some preliminary discussions, but it is normal for agents to be aware of what’s out there, but nothing significant yet.’

That individual then added: ‘I wouldn’t make too much of it.’

A few hours after that story was published, The Hollywood Reporter revealed that Kelly had fired her agents.

She is now without an agent, and is being advised by a three-person team that is comprised entirely of white men –  her husband Douglas Brunt, her lawyer Bryan Freedman, and publicist Davidson Goldin.

Kelly’s hire of Freedman signaled she could be considering gender bias claims in her demise.

The high-powered litigator made headlines earlier this year when he filed a gender bias claim against Paramount following the termination of executive Amy Powell. 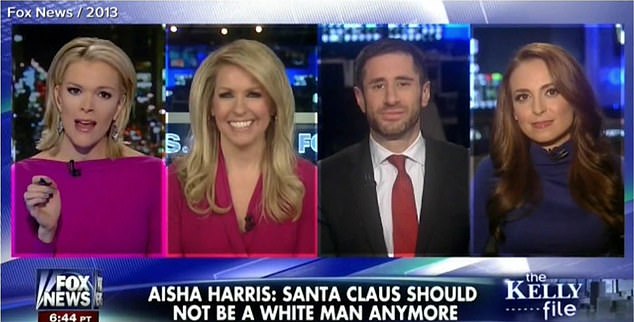 Before the blackface scandal erupted this week, her agent reportedly had a very early conversation with Lachlan Murdoch, Rupert’s son

Both Kelly and Fox News had been open to her returning to the network before this week’s blackface scandal.

According to a new report in the Daily Beast, Rupert Murdoch’s son Lachlan had a conversation with her now-ex agent at CAA, Matt DelPiano.

At the time there were already rumors of her show’s demise. Ratings were considerably lower than the hour hosted by Al Roker and Tamron Hall that she had replaced. Her Sunday show was axed after just eight episodes.

But that was before. Now her agent is out and she has no show.