Two teenagers have been arrested after a Domino’s delivery man was shot dead when he went to drop off a pizza.

Abdulganiyu Sanusi, 56, of Lincoln-Lemington, was shot and killed on Saturday, during a robbery while delivering pizzas in East Liberty, Pittsburgh, at around 12.30pm on Saturday.

The father-of-seven had been heading to drop the meal off on Penn Avenue when a caller told him to take it to North St Clair Street instead.

As Sanusi was getting out of his car, a witness told police someone yelled: ‘Give me your money!’

Police believe Garland and Walls lured Sanusi, who also went by Patrick Adesanya, to the scene to rob him, according to the station.

Investigators believe the pair had been calling other pizza places that day.

Garland expressed remorse to investigators, according to the criminal complaint. 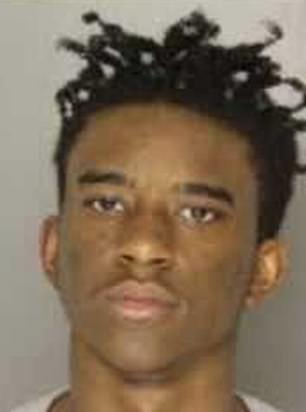 D’Ambrosse Garland, 18, has been charged with homicide, robbery, conspiracy and gun charges

‘I feel bad. No one should grow up without a father. If I could take it back, I would,’ he told officers, according to WPXI.

Garland and Walls allegedly set up an attempted robbery that resulted in a homicide.

Police tracked them down in Lincoln-Lemington on Thursday evening, and they were both taken into custody.

A crowdfunding page set up to support Sanusi’s wife and seven children has already exceeded its $10,000 target.

In a post on the LaunchGood page, Wasi Mohamed, who started the campaign, said: ‘Abdulganiyu was a hard-working and pious man, as well as a loving father and husband.

‘This is devastating for the family, and we hope that the money we raise can support them while they deal with this tragedy.’ 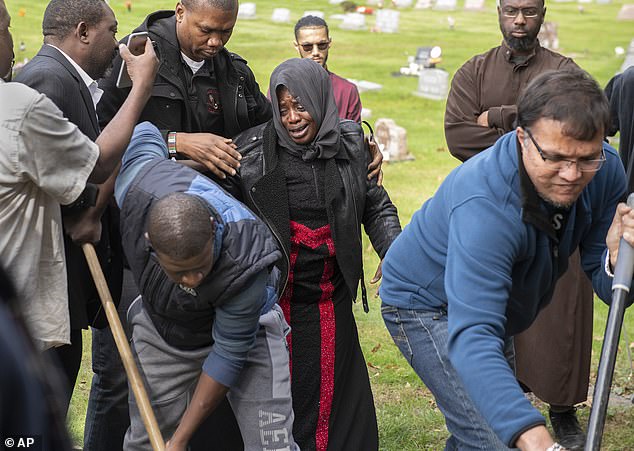 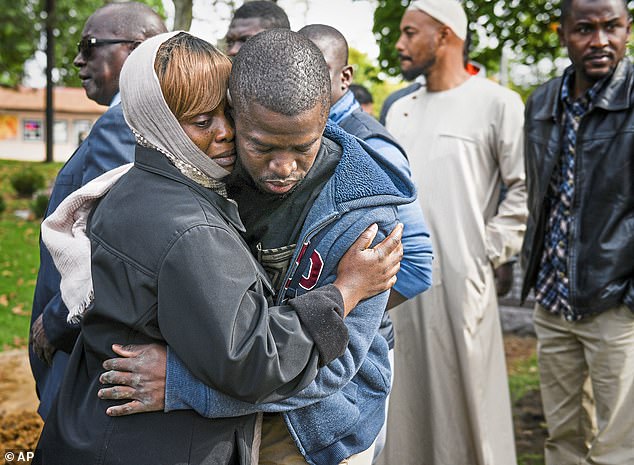