A Philadelphia songwriter has been awarded more than $44 million in damages in a suit that targeted the co-writers of a hit Usher song.

A jury last week awarded the sum to Daniel Marino, who claims he was cut out of profits and credit from song that was recorded by Usher, although Usher himself wasn’t named in the suit.

His former co-writer William Guice was ordered to pay $6.75 million in compensatory damages, and $20.25 million in punitive damages.

The lawsuit stemmed from Marino’s work on a song called Club Girl.

Marino says he created most of the song, including its guitar hook, tempo and chord progression. The song was recorded by Usher in 2004 and renamed Bad Girl. 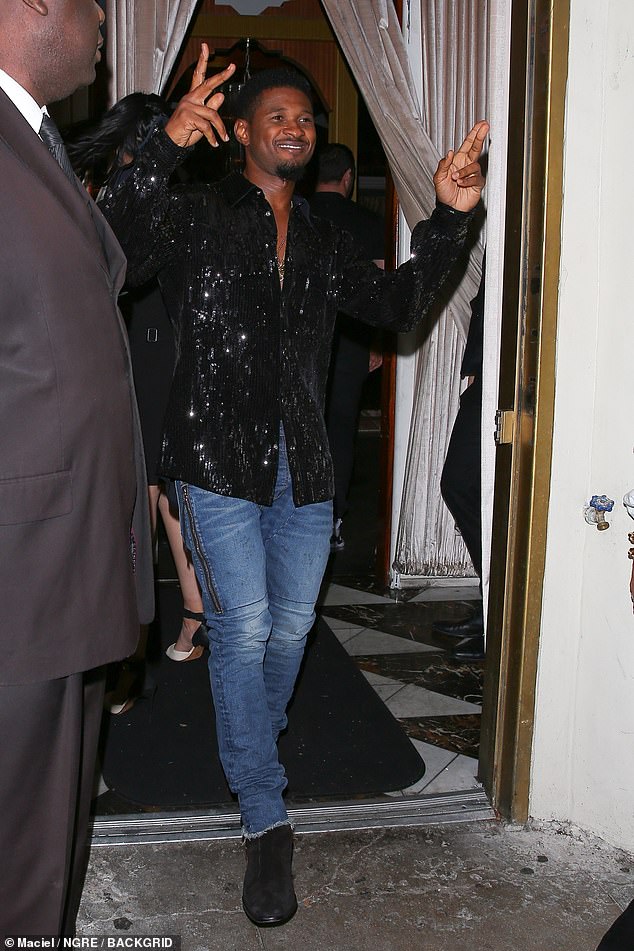 Marino was represented by Francis Malofiy, who is currently on another case involving the classic Led Zeppelin song Stairway to Heaven.

‘The big thing in all these music cases, and I represent the creatives, is giving credit where credit is due, and that’s really what we fought for the hardest,’ Malofiy said.

‘We’re happy Marino got his day in court after seven years of litigation,’ the attorney added.

The song Bad Girl was included on Usher’s 2004 album Confessions, which Billboard said in 2012 was one of the best-selling albums of the decade.

The album sold over 10 million records, just the 19th album to eclipse that mark since SoundScan started tracking data in 1991.

There were 1.1 million albums sold in its first week, one of just 17 albums to sell over 1 million copies in a single week.