Malia Obama was seen enjoying a night out on the town with her girl friends at a Boston nightclub on Wednesday.

In footage obtained by DailyMailTV, the 20-year-old Harvard student was spotted dancing and laughing outside of Royale Nightclub in the early hours of the day, after attending a concert for R&B artist Masego.

The former first daughter seemed to be enjoying herself while chatting with three gal pals who were having a cigarette break.

At one point, Malia bounced up and down as she continued an animated conversation with a pal. 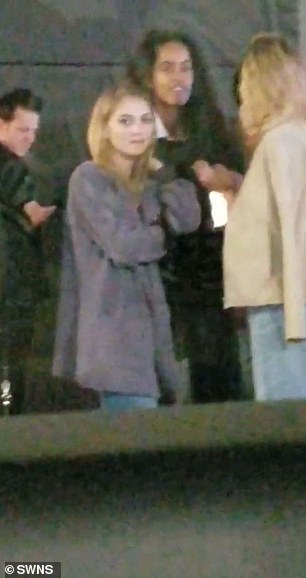 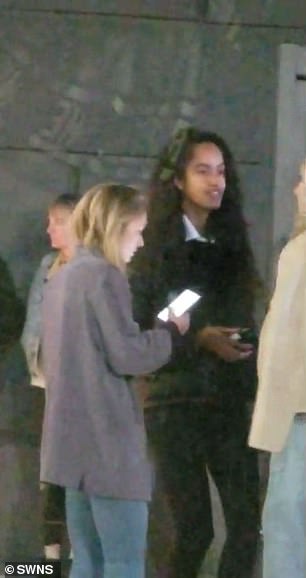 The former first daughter, 20, who is in her second year in college, was spotted dancing and laughing after attending a Masego concert at the venue. Her friends appeared to be taking a cigarette break

Her British boyfriend Rory Farquharson was nowhere to be seen, but Malia did hug a male friend who joined the group as they waited outside the venue.

She looked like the quintessential Ivy League student sporting a black coat, dark jeans, a crisp white shirt collar popping out of her sweater.

Despite her world-famous father, passersby appeared oblivious to just who Malia was as she danced unbothered with her friends.

But a cab driver, who has asked to remain anonymous, recognized her and couldn’t resist catching the moment on video.

He said: ‘I couldn’t believe it was her. I’ve seen her on TV since she was a little girl. 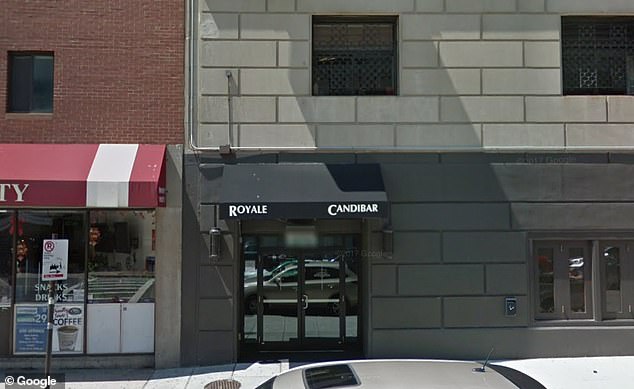 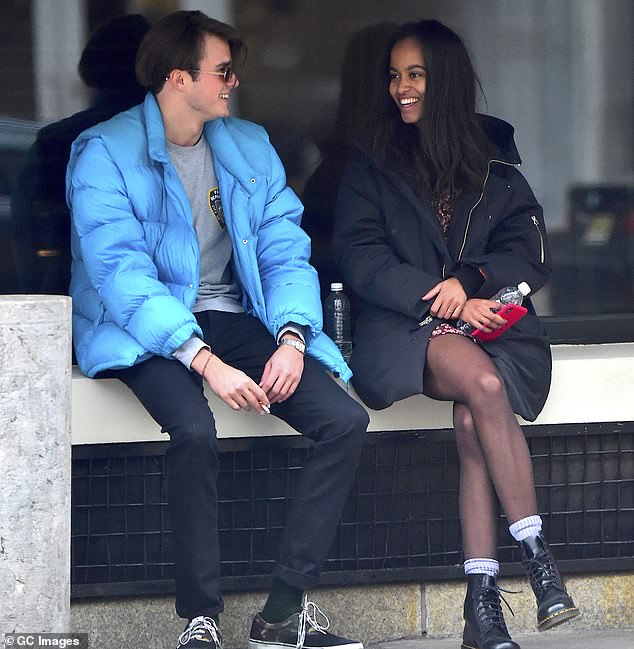 ‘I was amazed that there was nobody else around her. She was just there with her friends, hanging outside the club, being a normal girl, jumping up around and dancing.

‘But it’s not surprising that she was at the Royale. It’s a popular place to go on a night out in Boston, where all the cool kids go.’

The former president’s daughter is currently in her second year of college at the Ivy League school after taking a gap year in 2016.