Matthew Sleeth: What Trees Teach Us About Life, Death, and Resurrection

I’ve always loved trees. I love their look, their shade, the sound of wind in their leaves, and the taste of every fruit they produce. As a grade-schooler, I first planted trees with my father and grandfather. I’ve been planting them ever since. Once, as I was training to become a doctor, my wife and I tree-lined the whole street where we lived. But a dozen years ago, when I offered to plant trees at our church, one of the pastors told me I had the theology of a tree-hugger. This was not meant as a compliment.

The church was a conservative one. It believed that Scripture is the inspired, inerrant Word of God. That’s why we went there. As one member explained to me, “Once you get onto that slippery slope of liberalism, who knows where you’ll end up.”

Back then, our whole family was new to Christianity. My daughter hadn’t yet married a pastor. My son wasn’t a missionary pediatrician in Africa, and I’d yet to write books on applied theology or preach at more than a thousand colleges and churches around the world. What did I know about the theology of trees?

But ever since I encountered the gospel for the first time in my 40s, the Bible has been my compass. So when I was called a tree-hugger, I turned to Scripture to get my bearings.

Other than people and God, trees are the most mentioned living thing in the Bible. There are trees in the first chapter of Genesis (v. 11–12), in the first psalm (Ps. 1:3), and on the last page of Revelation (22:2). As if to underscore all these trees, the Bible refers to wisdom as a tree (Prov. 3:18). 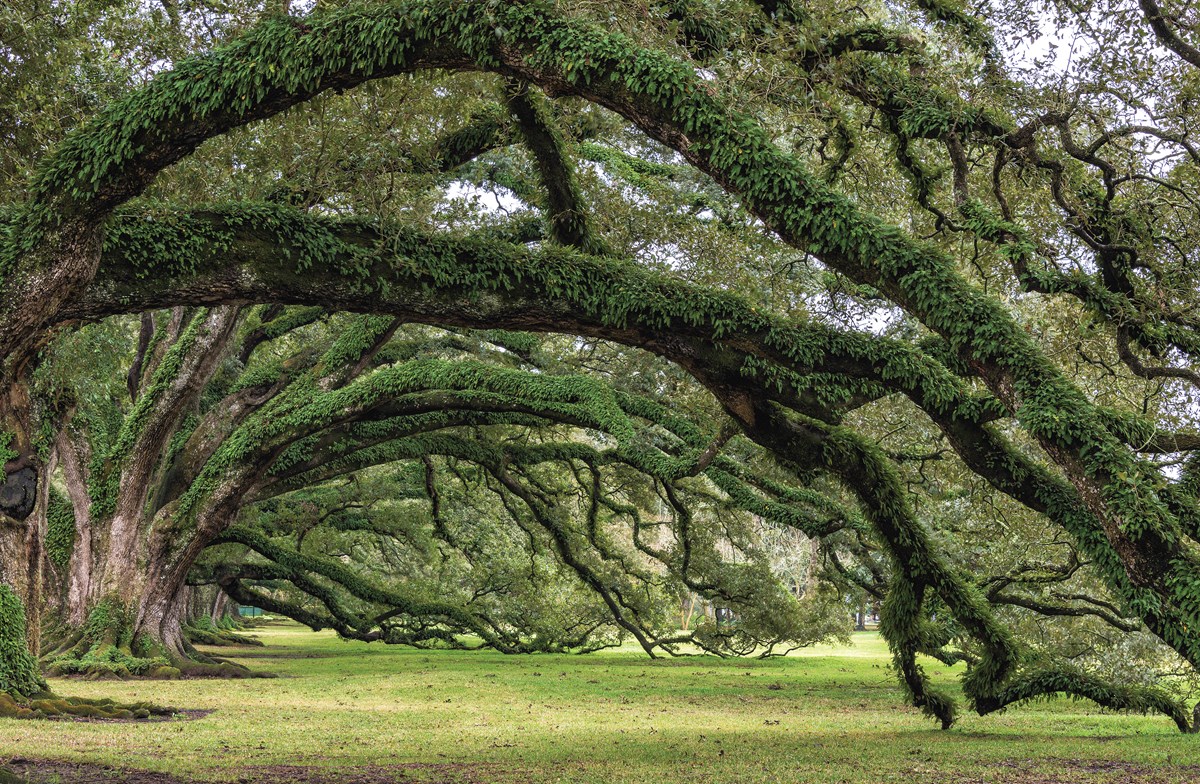 Every major character and every major theological event in the Bible has an associated tree. The only exception to this pattern is Joseph, and in Joseph’s case the Bible pays him its highest compliment: Joseph is a tree (Gen. 49:22). In fact, Jeremiah urges all believers to be like a tree (17:7–8).

The only physical description of Jesus in the Bible occurs in Isaiah. “Want to recognize the Messiah when he arrives?” Isaiah asks. “Look for the man who resembles a little tree growing out of barren ground” (53:2, paraphrase mine).

Do you think trees are beautiful? You’re in good company. God loves trees, too. By highlighting every sentence containing a tree in the first three chapters of Genesis, one can get a pretty good sense of what God thinks about trees. Nearly a third of the sentences contain a tree.

Genesis 2:9 declares that trees are “pleasing to the eye.” This aesthetic standard does not waver throughout the Bible. Whether God is instructing his people on how to make candlesticks (Ex. 25:31–40), decorate the corbels of the temple (1 Kings 6), or hem the high priest’s robe (Ex. 28:34), the standard of beauty is a tree (and its fruits). If we were to examine the most comfortable seat in a home today, odds are that it faces a television. In heaven, God’s throne faces a tree (Rev. 22:2–3).

In Genesis 2, God makes two things with his own hands. First, he forms Adam and blows the breath of life into his nostrils (v. 7). Then, before Adam can exhale, God pivots and plants a garden (v. 8). It is here, under the trees, that God lovingly places Adam, giving him the job of “dress[ing] and keep[ing]” them (v. 15, KJV). The trees have their only divinely established tasks to accomplish. God charges them with keeping humans alive (Gen. 1:29), giving them a place to live (Gen. 2:8), and providing food to sustain them (v. 16).

Strangely enough, Scripture continuously portrays trees as things that communicate. They clap their hands (Isa. 55:12), shout for joy (1 Chron. 16:33), and even argue (Judges 9:7–15). What makes this pattern especially odd is that creatures that obviously docommunicate—such as fish or birds—are virtually mute in the Bible. Over the thousands of years people have been reading the Bible, this has been passed off as mere poetry. But in the last two decades, tree scientists have discovered something fascinating about trees: They really do communicate. They count, share resources, and talk with each other using a system dubbed the “Wood Wide Web.” 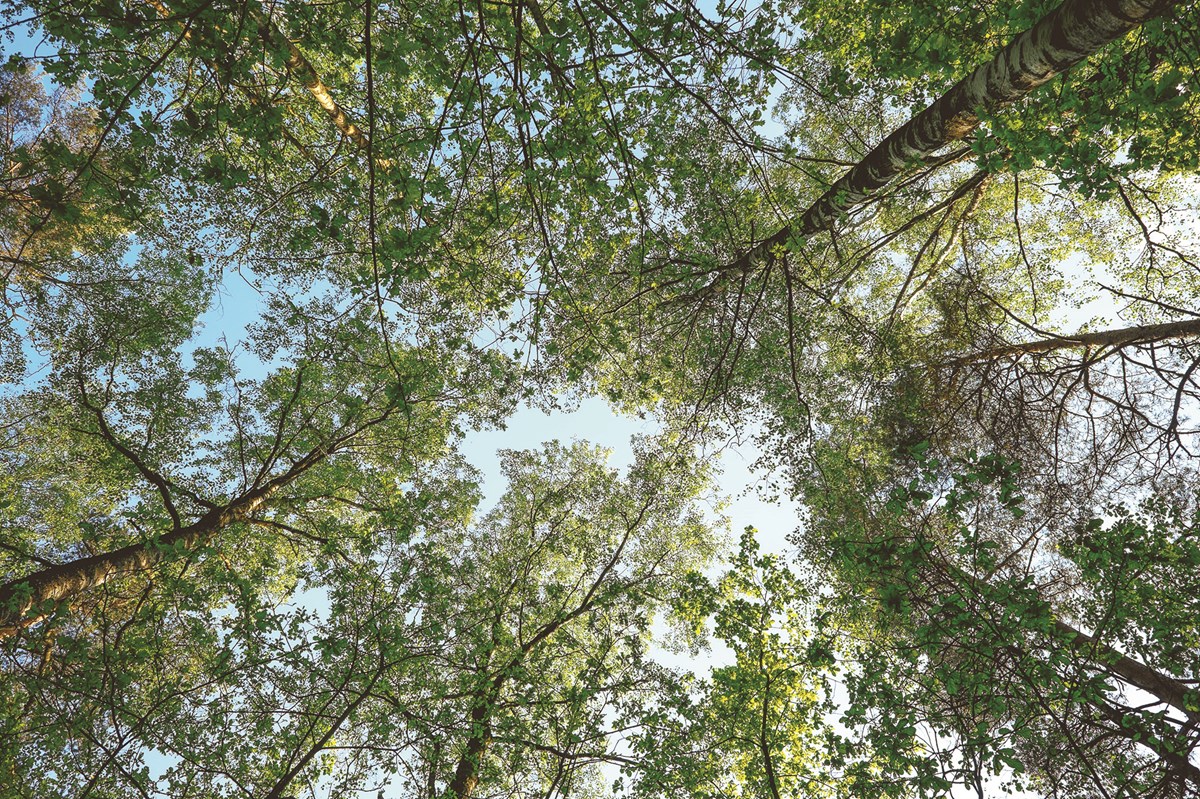 Despite the veritable forest of trees in Scripture, most people today have never heard a sermon on trees. This was not always the case. Glance at a few of Charles Spurgeon’s sermon titles and you’ll see an indication of what people were hearing from the pulpit during the mid- to late 1800s: “Christ, the Tree of Life,” “The Tree in God’s Court,” “The Cedars of Lebanon,” “The Apple Tree in the Woods,” “The Beauty of the Olive Tree,” “The Sound in the Mulberry Trees,” “The Leafless Tree,” and so on. Spurgeon, the “prince of preachers,” had no difficulty seeing both the forest and the trees in Scripture. 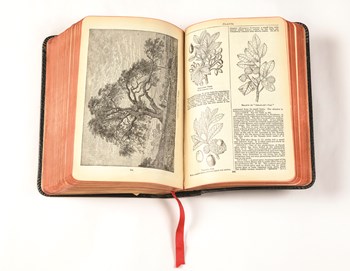 Not only have trees gone missing from our sermons, they are disappearing from Bibles as well. On my shelf sits a King James Study Bible, published in Spurgeon’s day, that contains over 20 pages on the subject of trees and plants, including multiple full-plate illustrations of trees. In 2013, the same publisher released an updated printing that leaves out all these pages of commentary. In the index, it lists just three references under “tree”; the index of another, even more recent study Bible on my shelf contains no tree entries at all.

If trees were once commonplace in sermons and study Bibles, they were also fixtures in Christian literature. If we reach back over a thousand years to one of the oldest pieces of English literature, The Dream of the Rood, we will hear the story of the Passion told from a tree’s point of view.

Even in more recent times, Christian fiction writers like George MacDonald, J. R. R. Tolkien, and C. S. Lewis have infused their work with biblically rooted tree theology. Whether it is MacDonald’s picture of heaven in At the Back of the North Wind, Tolkien’s tree haven Lothlórien in Middle Earth, or how trees respond when Aslan is on the move in Lewis’s Narnia, each author paints a picture of shalom among the trees. The good guys live under, in, and around trees. They value, protect, and even talk to trees. In contrast, evil characters like Tash and Sauron are clear cutters of trees—even talking trees!

What explains the increasing absence of trees from the modern Christian imagination? The reasons are many and complex, but it most likely centers on the resurgence of the first-century heresy of dualism: God’s created world is bad, and only spiritual things reflect the glory of God. One of the chief flaws with this philosophy is that it disparages all the things God called “good” in creation. As Paul said to the Romans, you’re without excuse for believing in God if you’ve been for a walk in the woods. Through nature, we are confronted with unmistakable evidence of God’s power and glory (see Rom. 1:19-20). If trees and the rest of God’s world are inherently corrupt, Paul’s assertion is erroneous.

Getting Back to the Tree of Life

The problem with subtracting trees from our theology is that God put them in the Bible for a reason. There were two trees at the center of the Garden of Eden. One (the Tree of Life) represented humanity’s connection to the divine and the eternal. The other (the Tree of the Knowledge of Good and Evil) represented human agency—and possible rebellion. When Adam and Eve ate from the wrong tree, they tried to cover up their crime by undressing the very trees they were charged with “dressing” (Gen. 2:15; 3:7). Their next move was to run and hide behind them (Gen. 3:8). Chapter three of Genesis concludes with Adam and Eve being banished from the Garden. What is the Bible, then, if not a story of God meeting humanity’s need for a Savior to reunite us to the Tree of Life? 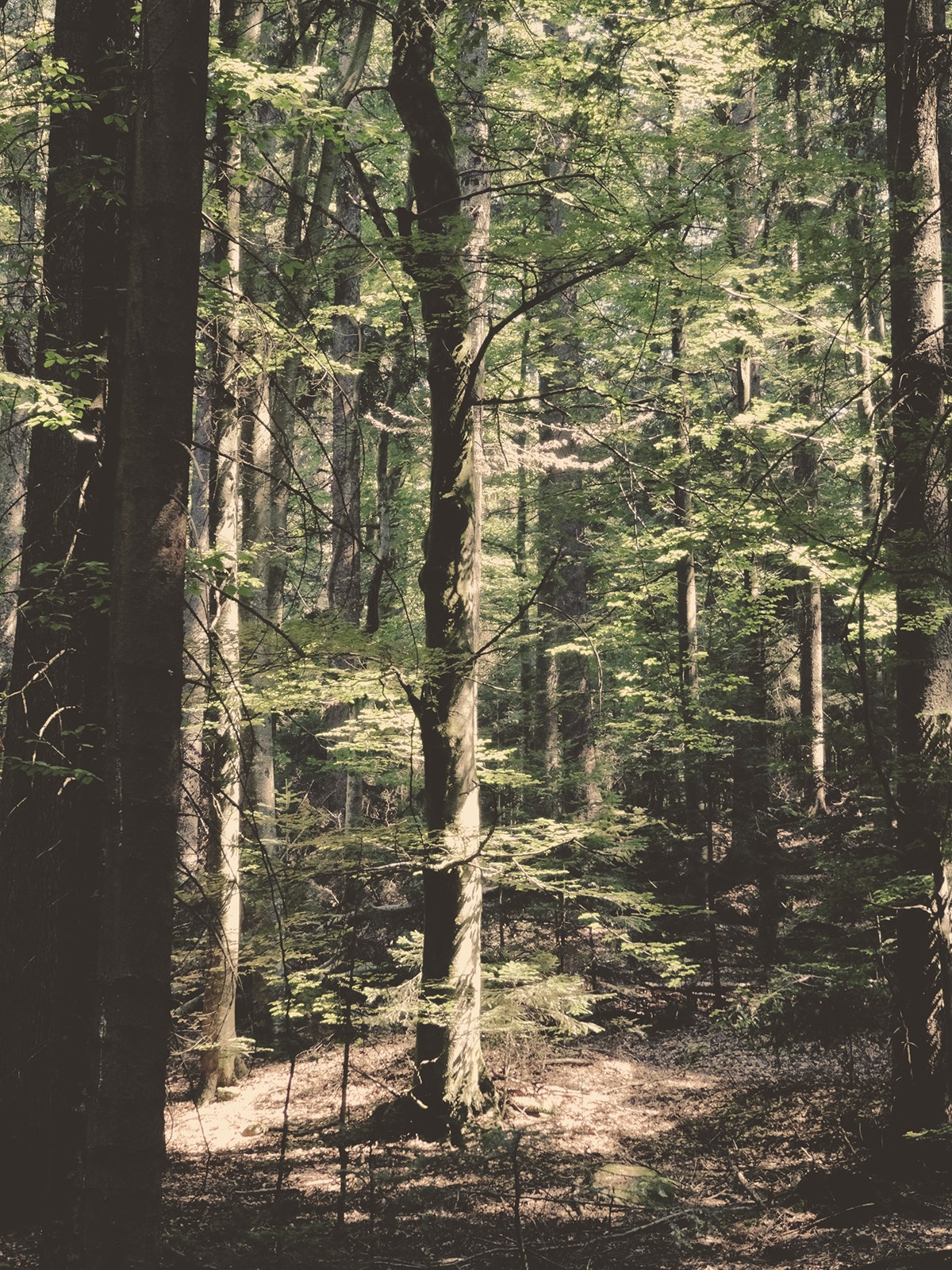 Without trees in the Bible, the waters of Marah would have forever remained bitter (Ex. 15:25), the Giant of Gath would not have been thrown off his game (1 Sam. 17:43), and David would have missed his call to battle (1 Chron. 14:15). Deborah would have been without a place to judge Israel (Judges 4:5), and God wouldn’t have called his people to be oaks of righteousness (Isa. 61:3). There would have been no almond grove (Luz, renamed Bethel, means almond tree) for Jacob to fall asleep in and dream of a wooden ladder that spans the gulf between heaven and earth (Gen. 28:10–19), and Job wouldn’t have uttered his famous line about trees and resurrection (Job 14:7). Most importantly, without trees it is impossible to understand the Fall or Jesus’ atoning death.