Tina Turner Reveals How Her Violent, Cocaine-Addicted and Sexually Rapacious Ex-Husband, Ike, Forced Her to Go to a Brothel on Their Wedding Night to Watch Live Sex Show…and Why She Blames Him for Her Son’s Suicide

It is a sultry afternoon in Tijuana, Mexico, and Tina Turner is anticipating what should be the most romantic night of her life. She is 22 and has just married blues musician Ike Turner. Dreamily, she wonders where he has chosen – some enchanted retreat, perhaps – for their wedding night.

‘Guess where we went?’ she exclaims more than half a century later in a soul-baring interview with The Mail on Sunday’s You magazine. ‘To a whorehouse! On my wedding night!’

Once inside, too fearful of her violent husband to turn on her heels, she was forced to watch a live sex show. The young woman from Nutbush, Tennessee, who grew up singing in a Baptist church choir, had been married just a matter of hours. 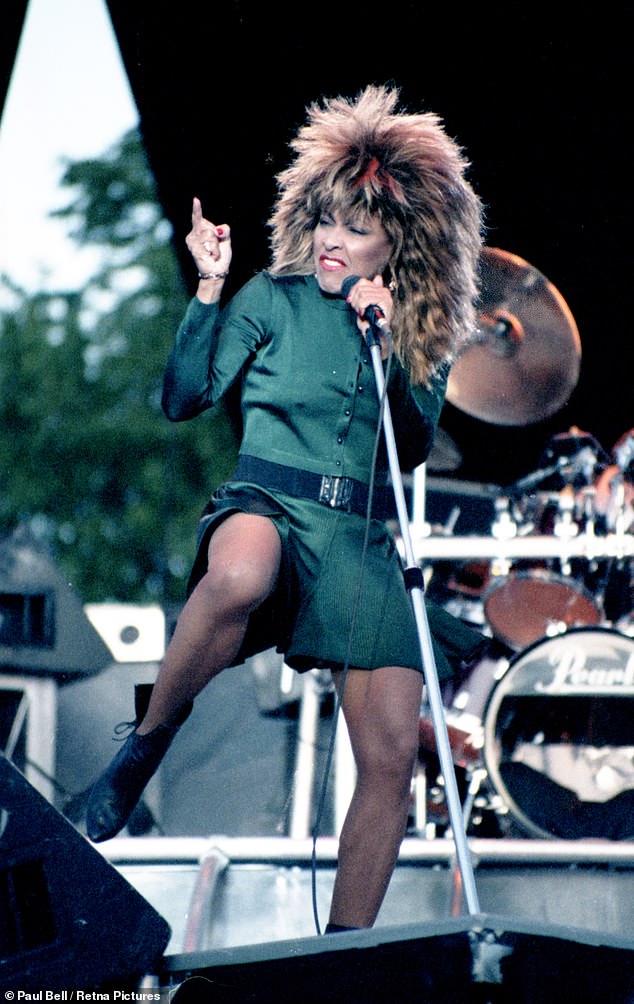 Tina Turner (pictured performing live at the Royal Dublin Showgrounds on 30th May 1987) went to a brothel on the night she married her husband Ike when she was just 22, she revealed

‘The experience was so disturbing that I suppressed it, scratched it out, and created a different scenario, a fantasy of romantic elopement,’ she says.

Everyone knows something of the singer’s ensuing marital torment, which was chronicled unsparingly in a book, film and musical. Preacher’s son Ike – sexually rapacious, cocaine-addicted – physically abused her throughout their relationship, using everything from walking canes to a pot of boiling coffee. But until now Tina has never revealed what happened on the fateful day they married in the border city of Tijuana in 1962, when her notions of love were brutally upended. She never told anyone because she was ‘too embarrassed.’

Now 78, and in frail health having suffered a stroke, cancer and kidney failure in the past five years, she sits in the garden of her Swiss chateau reflecting on the Mexican wedding and her remarkable life. She also talks openly of the death of her son, Craig, who took his own life aged 59 in July. She blames this – albeit indirectly – on Ike.

By the early 1960s she was in thrall to her domineering lover and mentor, seven years her senior, and had already experienced his violent temper, just as she knew of his many infidelities. 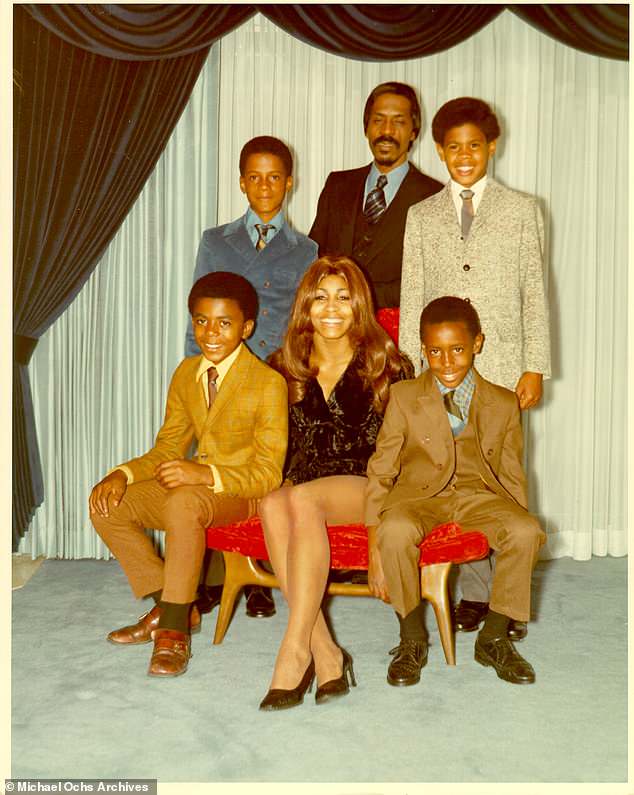 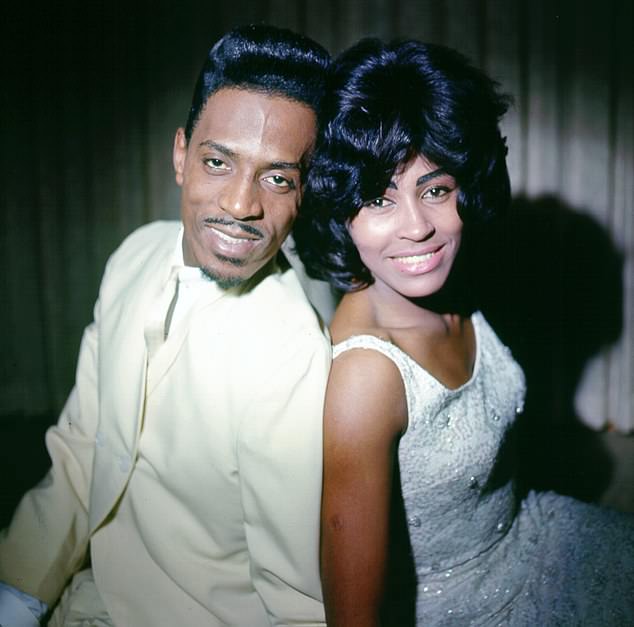 Yes, she was in love, but she could see that marriage to Ike would be disastrous. When asked, though, she was afraid to say no. They drove from California over the border to Tijuana, a city that, even then, had long lost its chic allure.

Sailors were attracted by the cheap brothels. Eloping couples came for the ubiquitous ‘nuptial parlours’ offering cheap weddings. Only Ike came for both.

Tina says: ‘People can’t imagine the kind of man he was – a man who takes his brand new wife to a live, pornographic sex show right after their marriage ceremony.

‘There I sat, in this filthy place, watching Ike out of the corner of my eye, wondering, “Does he really like this? How could he?” 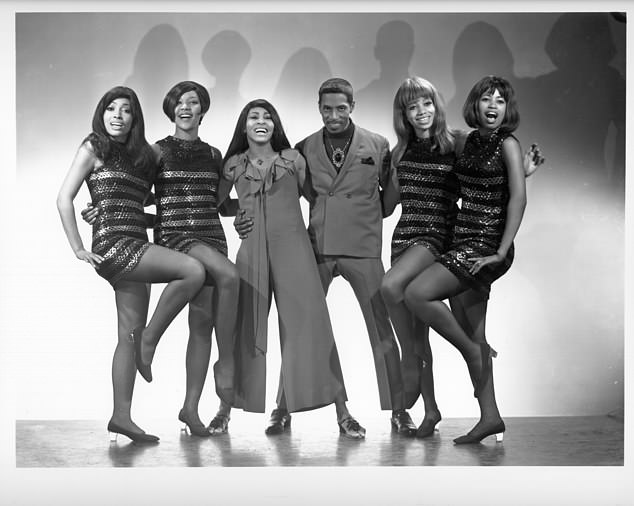 Tina and Ike pose for a picture with their backup dancers ‘The Ikettes,’ circa 1971

She adds that the ‘ceremony’ wasn’t much better. ‘Ike always had an angle. He must have figured out that Tijuana was the best place for a quickie ceremony. It probably wasn’t even legal. But there was no point in questioning his motives.

‘It would just make him mad, and that might lead to a beating. I definitely didn’t want a black eye on my wedding day.

‘Once we crossed over the border, we drove down a dusty road and found the Mexican version of a justice of the peace. 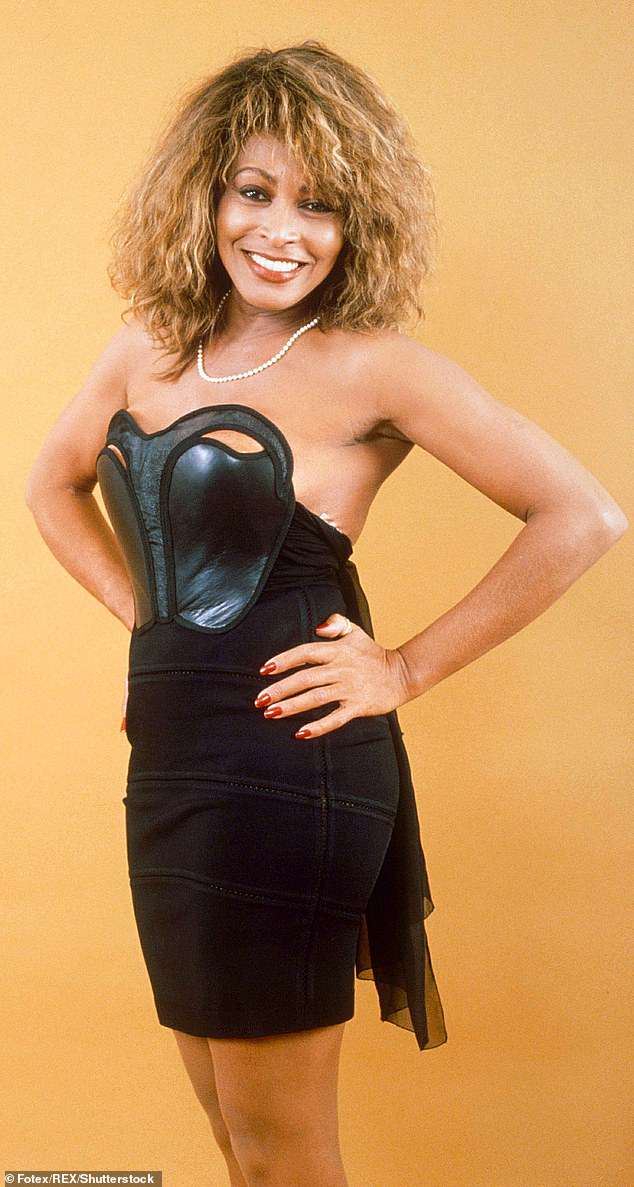 ‘In a small, dirty office, a man pushed some papers across a desk for me to sign, and that was it.

‘I may not have had much experience with weddings, but I knew the occasion was supposed to be emotional and happy. There was none of that at this wedding. Nobody said, “You may kiss the bride.” No toasts. No congratulations. No mention of living happily ever after.

‘As bad as that was, what came next was even worse. As long as Ike was in down-and-dirty Tijuana, he wanted to have fun, his kind of fun.’

After the brothel visit, the newlyweds returned to Los Angeles. ‘By the next day, I was bragging to people, “Guess what? Oh, Ike took me to Tijuana. We got married yesterday!” I convinced myself that I was happy, and I was happy for a brief time, because the idea that I was married actually held meaning for me. For Ike, it was just another transaction.’ 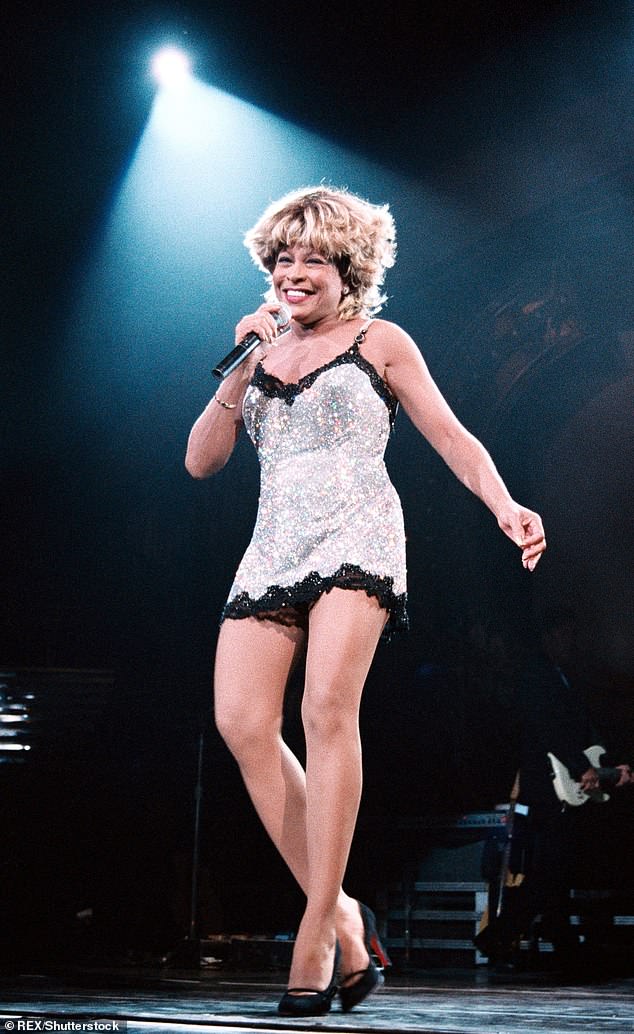 He would later say in an interview: ‘Ain’t it part the woman’s fault if she stays around and lets me hit her?’

She found it was not easy to disentangle herself. Bullets were fired into one of the houses she moved to, and a car was burned. For a while, she carried a gun. When Tina walked out, she had 36 cents and a single handbag to her name.

In the subsequent divorce action she asked for no money or property. It was the price of freedom.

Before he died in 2007, aged 76, he spent much of his time trying unsuccessfully to erase his reputation as a wife-beater.

Just a few months ago, Tina was forced to confront her past when Craig, the son she had aged 18, killed himself in his flat in Los Angeles with a gun which had belonged to Tina’s mother, Zelma.

She says Craig grew up lonely. ‘I think he missed his mother a lot. I was always away, touring… and I blame Ike for not being able to be the mother I would have been.’

In her new autobiography – My Love Story – she writes of how Craig, aged two or three, would desperately want to sit with her when she returned from a tour ‘but being told by Ike to go to his room’. She tells The Mail on Sunday: ‘I was as good a mother as I could be under the circumstances. I believe I made it up to Craig somehow, later. I don’t feel bad about it because that was my reality then. I had no options.’

Of his suicide, she says: ‘Craig took it [the gun], bought the bullets, and planned his own death really well. He wanted to go. What I don’t know is why he would take his life so dramatically. That’s the mystery.’

Asked how she is coping since Craig’s death, she says: ‘I handle it with acceptance. I remember all the moments when he visited me. Like all boys, he was a bit of a pest, but he was still my son. I remember all the good things and the bad.’ Tina married music producer Erwin Bach in 2013 after 27 years together. She is alive, she says, and off dialysis only because Erwin, 16 years her junior, donated a kidney. ‘We call it “the baby” because it’s like me being pregnant – it’s part of him, kind of a baby from Erwin!’

She had been ready to die, though. Tina has no qualms about dying and is a member of the assisted suicide organisation Exit.

‘I decided I would rather just leave the planet… But my husband said, “No, no, no, Tina. I do not want another woman in my life. I am not ready to deal with that.” ’