The world-famous Mormon Tabernacle Choir will be singing the same tune but under a new name.

The choir was renamed Friday — dropping the word “Mormon” — in a move aimed at ending shorthand names for the religion that have been used for generations by church members and others.

The singers will now be called the Tabernacle Choir at Temple Square, The Church of Jesus Christ of Latter-day Saints said in a statement. It’s a nod to the home of the choir for the last 150 years, the Tabernacle, located on church grounds known as Temple Square in downtown Salt Lake City, Utah.

The group had been known as the Mormon Tabernacle Choir since 1929, when it began broadcasting a weekly radio program to a wide audience.

The faith holds that the full church name was given by revelation from God to founder Joseph Smith in 1838.

The term Mormon comes from the church’s signature scripture, the Book of Mormon, which followers believe is based on the record keeping of an ancient prophet named Mormon.

A church webpage that was up before Nelson’s announcement described the term Mormon as an “unofficial but inoffensive nickname for members.”

But Nelson in his August statement urged people not to use Mormon or LDS. The “Lord has impressed upon my mind the importance of the name he has revealed for his church,” he said.

Nelson acknowledged that it would be a “challenge to undo tradition of more than 100 years” but said the name of the faith is “not negotiable,” according to a video posted on a church website. He said church members need to use the proper name if they want outsiders to use it. 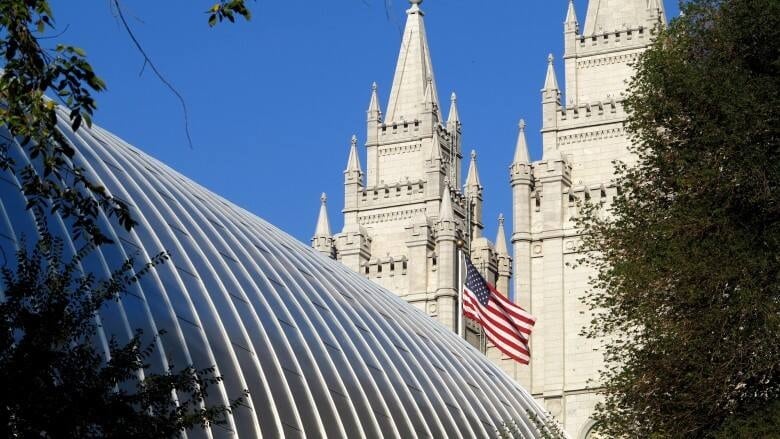 The home of the choir, foreground, is located on church grounds near the Salt Lake Temple in Utah.

The name change will be a big effort for the Utah-based faith that counts 16 million members worldwide. The renaming of the choir is the first step with many changes still to come. The church still uses Mormon in its Twitter handle.

The faith’s presidents are considered prophets who lead through revelations from God. Nelson, 94, ascended to the post in January after the previous president died.