OJ Simpson Warns Bill Cosby ‘Rapists are Frowned Upon in Prison,’ Says He Will be in Danger Because ‘No Warden Wants the Responsibility of Looking After’ the Disgraced Comic

OJ Simpson has warned Bill Cosby might be in danger behind bars because ‘rapists are frowned upon in prison’, he told DailyMailTV.

Cosby, 81, was hauled off to Montgomery County Correctional Facility outside Philadelphia on Tuesday after a judge sentenced him to three to 10 years in prison for drugging and molesting Andrea Constand more than a decade ago.

Simpson, who was released from prison last October after serving nine years for an armed robbery and kidnapping, said no warden would want the responsibility of looking out for the disgraced comic due to the nature of his crime and his old age.

The 71-year-old, who was golfing in Nevada, said: ‘They’re gonna have to put him into protective custody because it takes one nut, ya know?

‘The problem, the nature of the crime, rapists are frowned upon in prison.’ 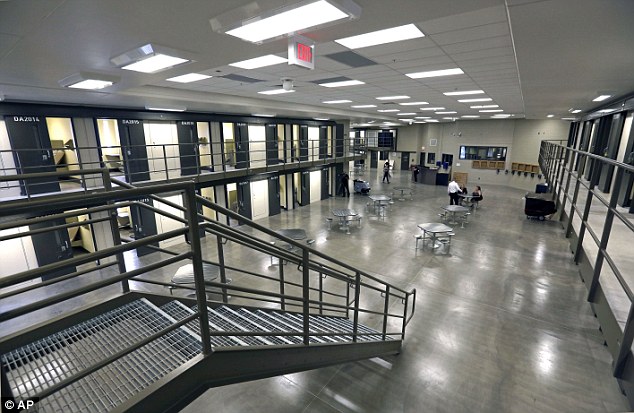 Cosby is expected to serve out his time at SCI Phoenix in Collegeville, Pennsylvania (pictured), although he will spend the first few days of his prison sentence at the Montgomery County Jail

The former NFL star continued: ‘With his health and his age and the nature of his crime, there’s not a warden in this country who wants the responsibility of looking after Bill Cosby.’

Simpson said he was ‘sure there will be guys protecting him’ inside prison but thinks ‘they should let him do his time under house arrest.’

He added: ‘I always feel you gotta honor the jury’s verdict whatever that is.’

Cosby will then be taken to SCI Phoenix, where staff will assess his physical, medical and security needs. It’s thought that he could end up in a long-term medical care unit at the prison.

The prison is brand new, and said to be state of the art. But Cosby might find himself in for a shock, as inmates have told The Inquirer the facility, which opened on July 9, had ‘limited access to water’ and the state’s most restricted telephone policy.

Many complained their belongings were defaced or stolen when inmates transferred into the new facility from the now-closed Graterford prison by members of the Department of Corrections’ Emergency Response Team.

Inmates have claimed their personal photographs were graffitied, with one man reporting a swastika was drawn on his brother’s forehead and a penis on his son’s mouth, and many have described the defacing of their property as a ‘hate crime’.

Others said there was a lack of public seating for them, and yard policy often saw them locked back inside early if they left the outdoor areas to use the bathroom.