Drake has revealed a serious illness forced him to postpone his shows in Miami.

The hit-maker apologized to fans for the postponement in a heartfelt statement he posted to his Instagram early Saturday morning.

Drake, 31, said he was tended round the clock by two doctors and a nurse, revealing just how severe his ailment was.

‘I just wanted to say how sorry I am about these two Miami shows. I got so ill so fast and I had never experienced anything like that in my life,’ he began in his statement.

‘Unlike other show cancellations or date adjustments due to production issues this one fell on me and I just wanted to apologize because I hate letting down anyone who comes to share these moments with us.

‘Thank you to the two doctors and nurse that helped me with round the clock care. Miami deserves 100 percent and I promise that experience when we return. Thank you God for allowing me to recover and continue. on we go!’

Last week TMZ reported Drake’s September 21 and 22 shows were on the verge of being cancelled due to production issues. 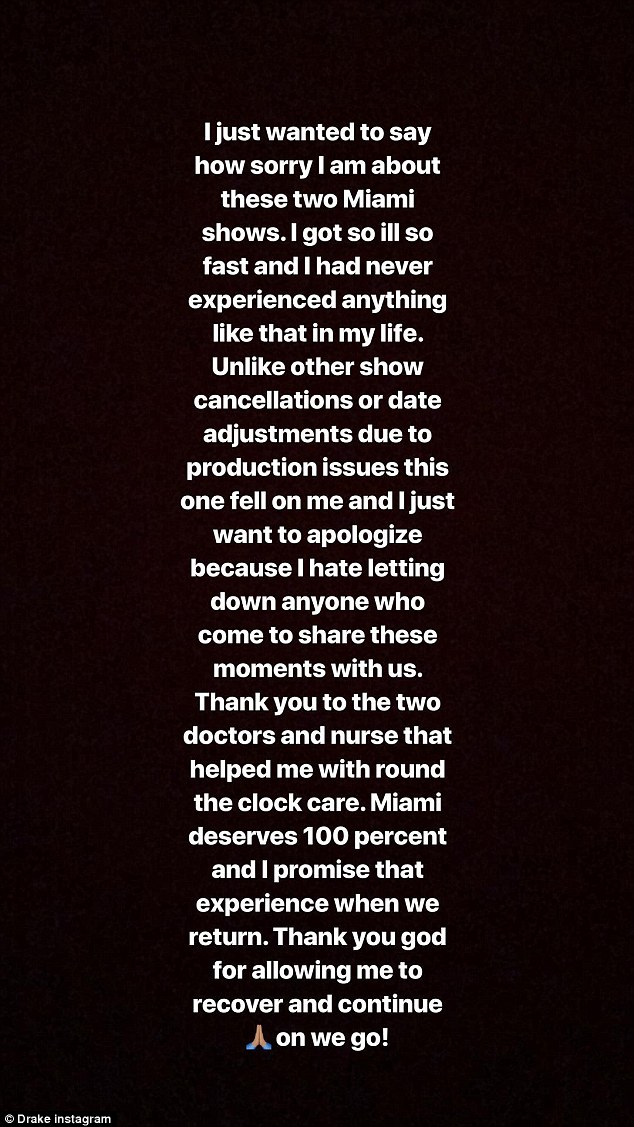 Heart-felt: Drake posted a lengthy and sincere apology after an illness forced him to postpone his shows 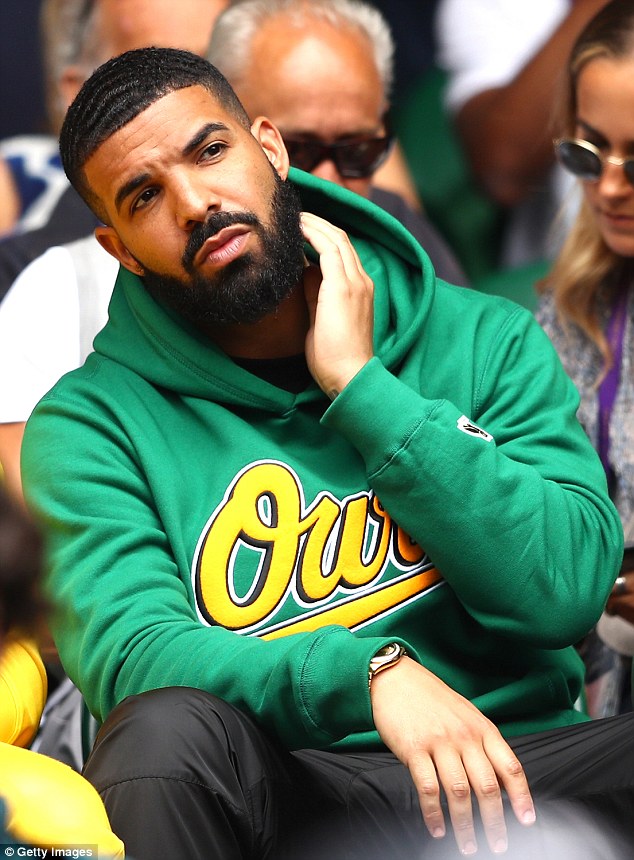 Nope: The singer was supposed to perform on Friday and Saturday at American Airlines Arena but according to TMZ, the shows will be ‘moved to another date due to an issue with production’ Seen in July

This comes after Kanye West slammed Drake for making it seem like he had been intimate with the Paranoid rapper’s wife Kim Kardashian, 37, in the song In My Feelings.

Kanye wanted the 31-year-old rapper to deny that gossip.

‘What I’m looking for for my spirit to take accountability is the fact that there’s people making rumors or thinking that you ****** my wife but you’re not saying nothing or you carrying it like that,’ he said. 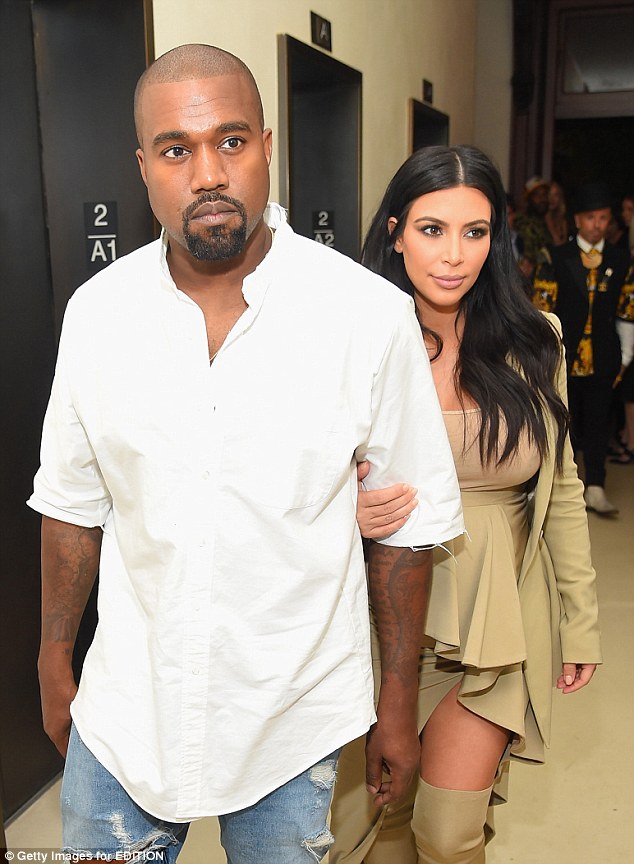 NOT OK: This comes after Kanye West slammed Drake for making it seem like he had been intimate with the Paranoid rapper’s wife, Kim Kardashian, 37, in the song In My Feelings. Seen in 2015

‘That don’t sit well with my spirit.’

West added, ‘You know if I had a girlfriend from Chicago named Rinita and you was married, I wouldn’t make a song called RiRi.

‘So when you’re saying you don’t know where it come from, you’re too smart for that bro.

‘You know where that comes from. Don’t make no record where no one could be confused.’

Together Kim and Kanye have three kids – North, Saint and Chicago.

They live together in Hidden Hills, California.

As far as the tour, the site said the Miami dates will be made up on November 13 and 14.

West also was mad at 37-year-old Nick Cannon who had previously dated Kim from September 2006 to January 2007.

The Famous hitmaker said: ‘I understand that you used to date my wife but you know when you’re giving an interview don’t mention my wife.

‘If someone brings up my wife you say “Ye, I respect that man. I’m not speaking on that.” Don’t be making no suggestions like somebody **** my wife.’

West was referencing an interview with Complex in which he said that he didn’t think it was a ‘far off concept’ that Drake had hooked up with Kim.

‘What are you talking about? I’m married. We’re in love, we’re a family,’ he continued. ‘All three of y’all, come talk to me. We’ll work it out.’

Kim had a social media feud with the 47-year-old model earlier this year and earlier this month Kanye had famously stormed from the red carpet of a New York Fashion Week event after a reporter asked him about the feud.

Last month, after a paparazzi picture of the reality star was posted online, the hunky actor criticized Kim’s figure, commenting that she’s ‘not real’ and that the ‘doctor ****** up’.

He concluded his rant by saying: ‘Nick Cannon, Drake, Tyson Beckford, all that wasn’t sittin’ right with me.’